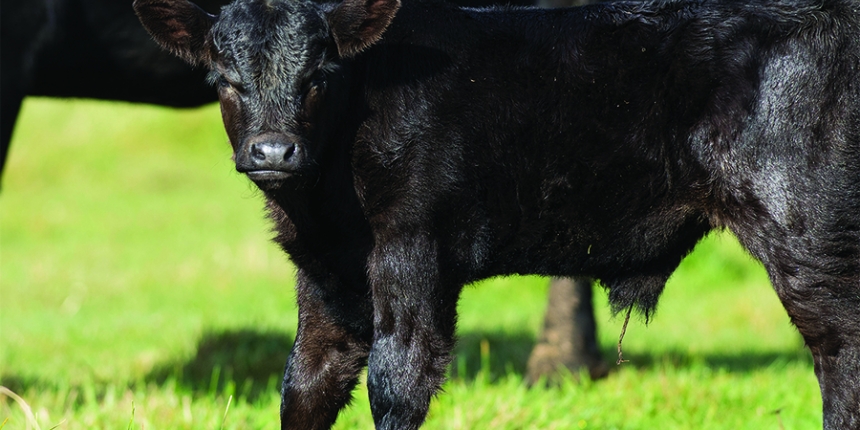 Weaning is among the less enjoyed annual ranch events. The challenging process attempts to break one of evolution’s strongest forged bonds – the dam’s nurturing relationship with her offspring. As cattlemen we appreciate and encourage this bond in the pre-weaned stage of a calf’s lifecycle. After all, it’s those raw instincts that keeps those young and vulnerable animals alive. But when the right time comes to break that instinct, there is no method that is completely stress free and foolproof. And given its consequential impact in terms of animal health, stress and rate of gain, picking the most appropriate weaning method is no small choice.

In the cattle world, opinions on weaning programs abound. Multiple research studies have drawn different conclusions from testing and evaluating weaning methods under different circumstances. If nothing else, we can confirm there is no sure-fire method that is all pros and no cons. What we can do is compare and contrast methods and see what works best in a specific operation. And if one doesn’t work, there is no reason not to practice different ones each year or among different groups.

The two-step
The two-step weaning method, also known “quiet weaning,” is generally considered one of the foremost low stress methods. It involves placing nose flaps on nursing calves so they can graze and drink alongside their dams for a period of time before they are separated. This allows the calf to stay in familiar surroundings for longer and while getting acclimated to a new diet. When the removal does take place, either in a fenceline setup or in total separation, the calves tend to be less stressed than those that are pulled cold turkey. In fact, one study found that this method resulted in 85% less vocalizations, 80% less nervous pacing and a 25% increase in time spent eating.
One of the first disadvantages with this method tends to be the labor intensity. It involves nose flaps, possibly two special trips through the chute to place and remove them (though one can be avoided if flaps are put in when vaccinations and other management protocols are being done), and some careful monitoring to ensure that the flaps remain in place.
Additionally, it may be interesting to note studies have found no real increase in average daily gain (ADG) in calves on the two-step method compared to traditional total separation or fenceline weaning.

Fenceline separation
Another method considered low stress, fenceline weaning, allows for visual and vocal contact throughout the separation. Research at the University of California Davis found fenceline weaned calves gained about 30% more than calves weaned via total separation. Similar research at Ohio State saw the same, noting there was both greater feed efficiency and rate of gain in fenceline calves. There are also reports that, as with the two-step method, calves spend more time eating. However, there also tends to be an increase in nervous pacing (some studies show as much as 65% more) with this method and slightly more bawling, but still less so than total separation.
One of the biggest disadvantages to this method is it requires a very sturdy fence which will prevent any calves to reach through and nurse. Hotwire, coral panels, or reliable high-tensiled woven wire can all do the job if they are kept up to date and monitored.

Traditional weaning (total separation)
The most traditional method of weaning is to totally remove calves from their dams, out of visual and (hopefully) auditory range. You can expect the most bawling, pacing, and least time spent eating in this method.
Interestingly, the research at Ohio State compared this to fenceline weaning and found that totally separated calves placed on a drylot were just as healthy and quicker to pick up on bunk feeding behaviors as compared to their fenceline counterparts. These calves also had a heavier bodyweight at the end of a 28-day weaning period.
However, other studies found there wasn’t a significant weaning weight difference between the two methods. Likewise, different cattlemen in real world situations will relay different experiences in using both methods. Ultimately there is, unfortunately, no cut and clear indicator of which tradeoffs in each method yield the greatest reward. Most experts do agree, nevertheless, the two-step is method of least stress. But how much ADG, feed efficiency and similar measures it impacts can still be debated.
In both separation methods, there are a few suggestions for success that encompass them both. It is often less stressful to remove the cows from the calves as opposed to the other way around. This would allow calves to stay in familiar surroundings and eliminate the stress of moving all together. Additionally, any protocols such as vaccinations, disbudding, branding, etc. should be done well before or after the weaning process. They should never be done the day of separation to minimize stress.
Remember, a successful weaning program goes beyond just having peace of mind on the home ranch. It is a crucial milestone in the lifecycle of a beef animal that sets the stage for solid results in the feedlot, on the rail, and ultimately, on the plate.