When Less Can Be More 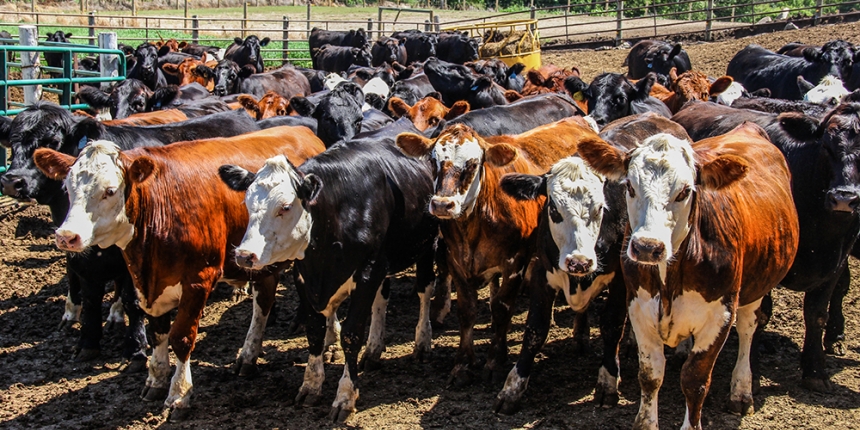 When Less Can Be More

For generations, beef producers have utilized supplements to improve the health of their herds and, as a result, increase their profitability. Certainly, forages are the basis for a feeding program, but producers have also learned that these forages often are limited in providing the cattle with the nutrients they need. Part of those supplements needed are trace minerals, which help improve immune function, animal growth and fertility. However, before supplementing the trace minerals, a decision must be made: inorganic or organic.

Simply put, inorganic minerals are essentially ground-up rock with no carbon molecules attached to them, while organic minerals are bound to amino acids or other organic compounds. This attachment protects the mineral through the digestive system, where it is absorbed in the small intestine. In the past, the common form of mineral supplementation was inorganic, but recent comparative research studies show that supplementing with 100-percent organic minerals is considerably more favorable than the use of any inorganic minerals.
At the forefront of much of this research is Alltech www.alltech.com, which, for the past 38 years, has developed agricultural products for use in both livestock and crop farming. One of its main divisions is animal nutrition and health. Ridley Block Operations, a subsidiary of Alltech since 2015 with headquarters in Mankato, Minnesota, has a long history of providing research-based nutrition products, including CRYSTALYX® Brand Supplements (www.crystalyx.com). With the inclusion of Total Replacement Technology™ (TRT), removal of inorganic trace minerals to be replaced by organic sources, Alltech and CRYSTALYX researchers have been able to optimize animal performance to help beef cattle reach their full genetic potential.
According to Dr. Shelby Roberts, postdoctoral research fellow in Alltech’s beef nutrition research department, and Mark Robbins, director of research and nutrition services with Ridley Block Operations, historically, inorganic trace minerals were the only way to go. However, both Roberts and Robbins, along with their colleagues, have substantiated through their research that inorganic minerals are poorly absorbed by the animal and that poor mineral supplementation can have major negative consequences on animal health and productivity.
That leaves quite a dilemma. After all, livestock depend on producers to provide them with the right mineral management program. Roberts says, “Inorganic minerals are reactive and can damage other feed components. Research has shown that lower levels of organic trace minerals can be fed without affecting animal performance. With the use of organic minerals, we are seeing that less can actually be more!”
The University of Florida’s department of animal sciences recently completed a two-year comprehensive study evaluating the difference between inorganic and organic trace mineral sources on cow and calf performance and calf immunity. Mineral supplementation started 90 days prior to calving and was continued through weaning. The inorganic group was fed inorganic sources in the form of salt sulfates and sodium selenite, while the organic treatment group was fed an organic trace mineral treatment in the form of Bioplex® and Sel-Plex® (selenium), two of Alltech’s signature organic trace element supplements. Let’s look at the results.

Important test observations (calf):
Calves fed Bioplex and Sel-Plex trace mineral sources showed a statistically significant increase in average daily gain, weaning weight and 205-day adjusted body weight compared to calves fed inorganic trace mineral sources.
Bioplex- and Sel-Plex-supplemented calves were, on average, 22 pounds heavier at 205-day adjusted body weight compared to calves fed inorganic sources.
Immunoglobulin antibody measurements for calves supplemented with Bioplex and Sel-Plex demonstrated a statistically significant 40.5 percent increase in calf serum at 24 hours after colostrum consumption compared to calves supplemented with inorganic sources.
The University of Florida conducted a secondary study on two large, commercial cow/calf herds over the course of two years to evaluate the impact of trace mineral source on pregnancy rates and calf weaning weights. Each commercial herd was divided into two groups, with one group receiving inorganic trace mineral sources, while the other group received organic Bioplex and Sel-Plex.
Herd pregnancy rates in both years were exceptionally high - over 90 percent, for all treatment - but looking at the average pregnancy rates over both years showed that herds supplemented with organic sources had a 2.7-percent improved pregnancy rate compared to the herds receiving inorganic sources. Calf weaning weights were also affected by trace mineral source: the calves from the cows receiving organic trace minerals, on average, weighed 25 pounds more than the calves from the cows supplemented with inorganic sources.
This commercial study demonstrates that, even in herds with excellent pregnancy rates, simple changes in mineral management programs, like mineral source, can further improve herd performance. Herds receiving organic trace minerals produced more calves with heavier weights at weaning, meaning more revenue returned to the producer.
To both Roberts and Robbins, these observations are definitely exciting. If these types of results can occur in a trial period, think of what can potentially occur with an ongoing systematic organic supplement program. Robbins says, “We have developed the premium Blueprint® program, which can be used year-round. This program has more than 20 different formulas so that producers can feed Blueprint year-round, on almost any forage type.”
It is with this program that less can be more. According to Robbins, “You are feeding less, but the organic trace minerals are more bioavailable. Unlike inorganic trace minerals, more of the organic trace minerals actually get absorbed into the blood stream, which allows animals to perform to their genetic potential. If this program is used year after year, the reproductive performance of the entire herd should continue to improve.”

Introducing the premium Blueprint program
The premium Blueprint beef nutrition program for CRYSTALYX Brand Supplements is the result of decades of research and practical application, with the goal of safely unlocking the genetic potential of livestock to support the animal throughout all phases of production.
CRYSTALYX Blueprint products are formulated with Alltech’s Bioplex organic trace minerals, which are more bioavailable, helping meet the increased nutrient needs of today’s cattle. Blueprint is formulated to positively influence the genetic potential of cattle through all phases of production.

Blueprint research supports the following:
• Heavier weaning weights
• Supports beef cow-calf immunity
• Supports beef cow-calf fertility
The Blueprint beef nutrition program strengthens the commitment of Alltech and CRYSTALYX to help producers identify ways to improve efficiency and maximize genetic performance. Blueprint has been scientifically formulated to target animal health and performance at the cellular level and build upon the genetic potential at each stage of an animal’s lifecycle.

Want to know more?
For producers looking for more information on Bioplex and Sel-Plex organic trace minerals, visit www.alltech.com, and to find CRYSTALYX  Blueprint products or a dealer near you, visit www.crystalyx.com.