What size of vertical TMR mixer should I buy? 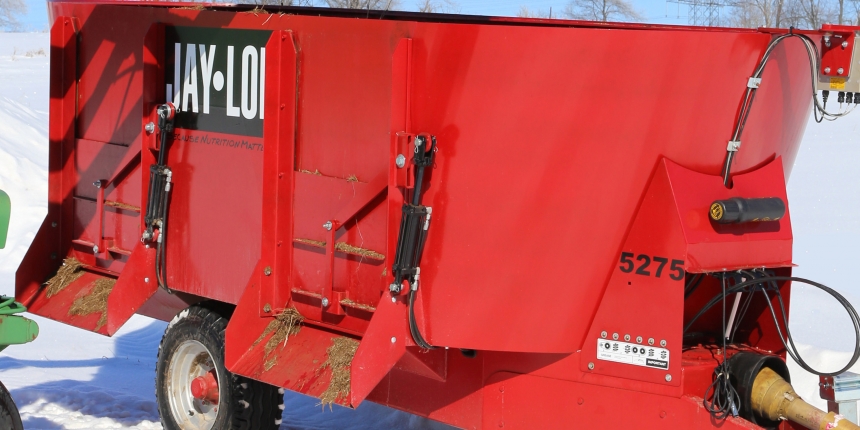 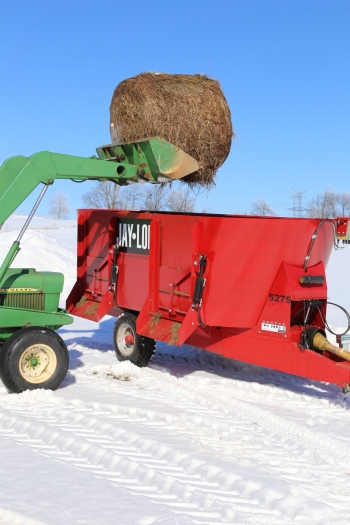 The end of the year is a popular time to buy a TMR mixer, for both first time users as well as those upgrading to a newer machine.  As a Ruminant Nutritionist, one of the most common questions I am asked is “What size of TMR mixer should I buy?”, or do I need?  The following are some important points to consider when making your decision.

Often, mixer vendors recommend a size of mixer based primarily on the number of animals being fed and an average ration density.  Then, when the customer uses their mixer on-farm to process bales of forage, they are disappointed by the lack of performance and the amount of time it takes to do the job.  By following the process above, and asking your dealer to demonstrate your ideal mixer on-farm, under your conditions, you can be assured of a satisfactory result …“Because Nutrition Matters™”.

Table:    Recommended minimum size and type of vertical mixers for processing selected types of round bales into a TMR.