What is Mob Grazing? 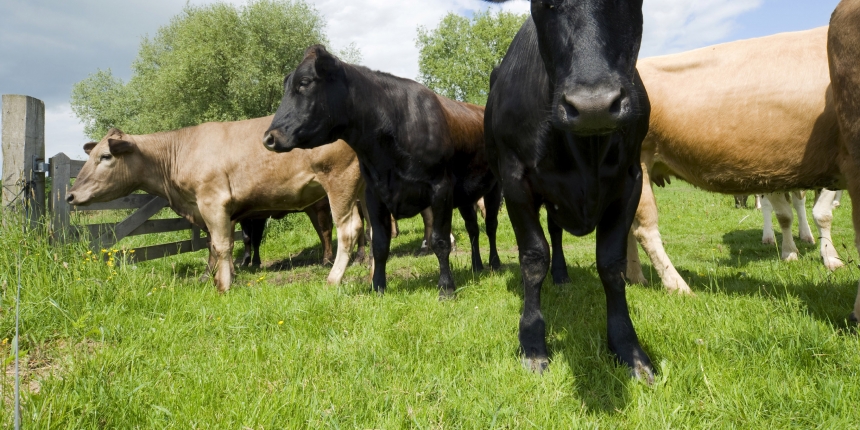 Ultra-high stock density grazing, also called mob grazing, is a practice where a large concentration of animals are restricted to graze a small area, usually for a very short period of time. While there’s no strict definition on the size of herd or smallness of the area, some folks suggest at least 300,000 lbs. of animals/acre, or about 200 cow-calf pairs/acre, 1,000 pairs on five acres, or 50 pairs on a quarter acre. A few mob grazing experts have gone more than three times higher, to more than 1 million lbs. of animal/acre, says Bruce Anderson, University of Nebraska Extension forage specialist.

“Obviously, this mob of animals usually will finish grazing all the available forage in just a few hours. So it’s not unusual to move them to a fresh area to graze several times a day. Or even eight or more times per day if you’re pushing 1 million lbs./acre,” he says.

What also happens is that nearly everything in that small area is either eaten or trampled, including weeds and less palatable grasses. So more of the total biomass grown gets used as feed or is recycled back into the soil litter, Anderson says. Plus, manure gets distributed very evenly and is trampled into the soil, improving soil fertility.

“Last year was the first time I tried mob grazing for a lengthy time. I started again this year a couple weeks ago. Both times I received a relatively heavy rain within a couple days of starting. The looks and the response of the pasture to mob grazing is quite different under wet compared to under dry conditions,” Anderson says.

“I learned quickly that it’s easy to move the animals. Cows aren’t dumb. When they’re out of grass and they see someone coming, they know they’re going to get some fresh pasture and they better come quick or the other cows will have it gone before they get there.”

However, Anderson says he doesn’t like what he sees of mob grazing under wet conditions.

“With ultra-high stock density grazing on clay loam soils like I have, pasture quickly becomes a muddy mess. Mud gets on what once was good grass and animals refuse to eat it. After a couple hours the whole area looks like a mud hole,” he says.

His pasture is mostly brome, bluegrass, orchardgrass, alfalfa, and clover. He says he noticed last year that badly muddied areas recovered much slower than nearby drier spots.

“Interestingly, alfalfa was the fastest to recover. We worry about damage to alfalfa when grazing on soft, wet soil but maybe damage was minimal because animals were there only a few hours,” Anderson says.

He also reports his surprise that brome seems to be hurt the most by grazing in such conditions. “It took over 90 days for brome to look ready to graze again last year, and this year I see that the brome stand is thinner in those same areas,” Anderson says.