What is the Best Size Cow for Your Herd? 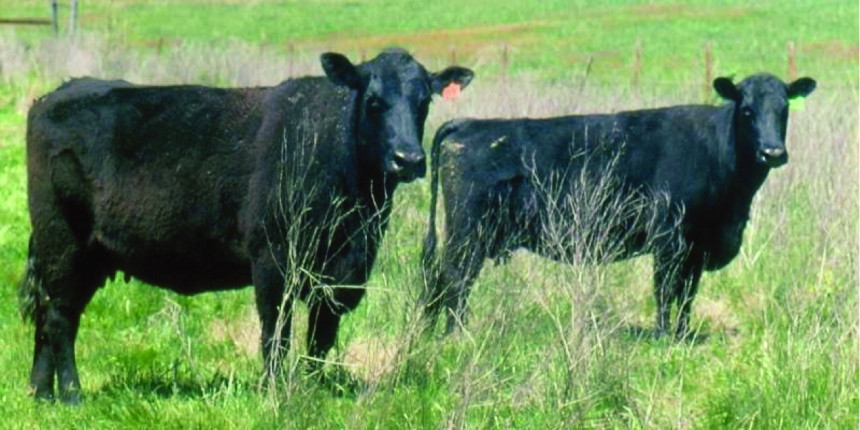 Beef cows come in all shapes and sizes. The question about cow size comes up frequently according to Eldon Cole, 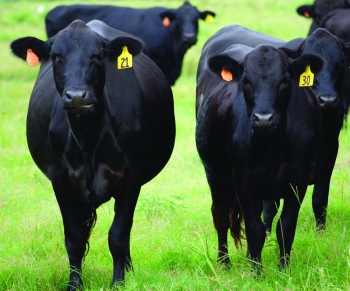 livestock specialist with University of Missouri Extension.“In the last few years it is because the cow herd owners all-of-a-sudden realized they had some cows that weighed 1,600 to 2,000 pounds when they sold them. That began a trend toward moderating cow size,” said Cole. There was a time, according to Cole, when southwest Missouri had a lot of small frame cows that weighed under 1,000 pounds. Those were ultimately eliminated through genetic selection. Frame size was stressed, along with heavier 365-day weight and mature cow size went up to 1200 to 1400 pounds.

“When discussing cow size in this area we do not know exactly how big the average cow is. I did know several years ago I started using 1200 pounds as a weight when balancing rations for the average cow. That weight may need to be increased now,” said Cole.In July, Cole visited several beef cow-calf operations while attending the National Association of County Agricultural Agents annual meeting in Sioux Falls, SD.“During the tours, invariably someone would ask the rancher what their average cow weighed. The lowest reply was 1,300 pounds. Most were in the 1,400 to 1,500-pound range, and one Charolais breeder said 1600 to 1800 pounds,” said Cole.

The 70 head beef cow herd at the Southwest Research Center near Mt. Vernon was recently scored by Cole and some other MU Extension specialists. Weights were caught on all of the cows that will begin calving in early September.

According to Cole, the average weight of the high-percentage Angus x Simmental cows was 1,386 pounds. Their ages varied form three years to one 14-year-old. Weights ranged from 1,760 down to 1,050 pounds. The oldest cows, nine years plus, averaged 1,553 pounds, the next age group with a 1,493 pound average were the 7-year-olds.“The downsizing of beef cow weights and frame is viewed as a way to improve cow efficiency. However, some feed studies using the Grow Safe system raise questions,” said Cole. “The bottom line seems that there are very efficient large cows and some inefficient small cows. Researchers will continue to study that important trait and incorporate it into genetic predictions via genomics and expected progeny differences (EPD).”

Cow size has been equated to the desired steer market weight at slaughter. If the packer did not discount and seemed to want an 875-pound carcass (which would be a 1,400 pound live animal), then producers would try to have a mature cow weighing around 1,400 pounds.“Optimum cow size has been and will continue to be an elusive target. Each geographical region will vary in what size is favored. Each cattle raiser needs to do some record keeping to determine what optimum for their operation is,” said Cole.

Cole advises producers to keep an eye on local feeder cattle markets, slaughter cattle price trends, breed association sire summaries and the cows in their herd. All of these can help decide what is the right cow size for an individual’s farm or ranch.