Understanding the Costs and Dangers of Birds on your Feedlot 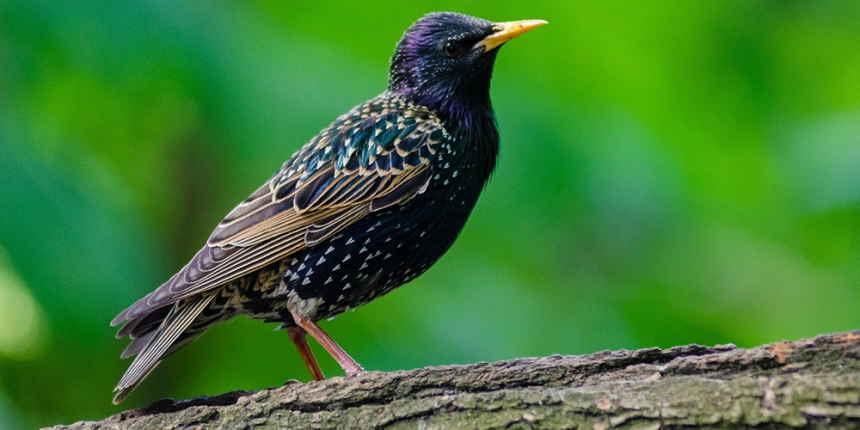 Understanding the Costs and Dangers of Birds on your Feedlot

Birds in your feedlots can be costing you far more than you realize. Feedlots are ideal refuges for birds, especially in the winter months when alternate food sources are not available and natural roosting places are less hospitable.

How much feed do birds eat?
A lot! Starlings are the most common birds infesting livestock operations.  The USDA Wildlife Services estimates a flock of 1,000 starlings can consume 40 pounds of feed per day.  Starling flocks on feedlots can grow to 100,000 birds.

How do birds negatively impact weight gain and feed efficiency?
Birds can be very selective about what they eat, preferring the more expensive components in rations, such as protein pellets or grain, and seldom consume roughage. This substantially alters the ration formulation, resulting in suboptimal feed that negatively effects digestion and growth rate of cows.

What are the health risks to cows caused by birds?
Studies done by the Agriculture Research and Development Center at Ohio State University concluded starlings were responsible for the transmission of food borne illnesses between livestock sites.  Birds carry disease-causing microorganisms and contaminate areas with their droppings, feathers or external parasites such as mites. Bird droppings in feed have been shown to spread pathogens including E. coli, salmonella, cryptococcosis and histoplasmosis.  Many of these pathogens are potentially lethal and capable of being spread to humans.

Salmonella infects the intestinal tract of cows and can be serious, even fatal.  There are 81 strains of salmonella that affect cattle. Calves two to four weeks old are most apt to contract severe infections. In mature cattle, salmonella may cause abortions, or a decrease in weight production. Salmonella may be transmitted by direct contact with birds, consumption of feed or water contaminated by bird feces, or inhalation of dried bird droppings.

Cryptococcosis and Histoplasmosis are chronic progressive fungal diseases that are spread through dried bird droppings and can be fatal if left untreated.

Is there a connection between Bovine Tuberculosis and bird infestations? Yes!  Birds often carry avian tuberculosis which is nearly identical to the bovine strain and is spread through their feces.  While it is rare for cows to develop lesions in their lungs from avian tuberculosis, it is not uncommon for cows exposed to bird droppings to show false positive test results for bovine tuberculosis, resulting in entire farms being unnecessarily quarantined.

What are the health risks to workers?
OSHA and the Centers for Disease Control have extensive warnings and guidelines about the risks of working around and cleaning areas contaminated with bird droppings.  There are more than 60 diseases that can be transmitted from birds to humans, primarily through contact with bird droppings.  The build-up of bird droppings can also be slippery, leaving operators liable for injuries caused by falls.

What can be done to eliminate birds?
Exclusion netting is effective, but impractical for feeding operations.  Cannons and visual scare devices work for a short while but birds quickly adapt.  Poisoning programs, while effective for a season, can create public relations problems with local residents and the dead birds present their own hearth issues.

Numerous university and research studies have determined the most effective way to keep birds away from feedlots is a bird deterrent that uses recordings of bird distress sounds and indigenous raptors.  To cows and humans they sound like a flock of birds in the trees, but to birds they signal imminent danger.  Birds flee to find someplace more hospitable to roost and feed.  The most effective models are made by Bird Gard and can be customized to repel specific bird species and configured to the feed operation.