Trying to Stay Ahead of Change 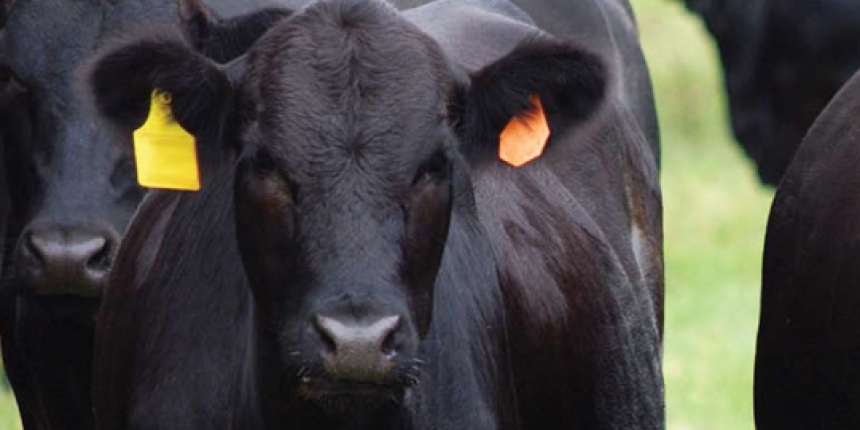 If there is one thing that Kenny Rogers, seedstock operator and rancher in Yuma County in eastern Colorado has discovered about the ranching industry since he came back to the family ranch in 1996, it is that change is inevitable. Rogers says with a chuckle, “Nobody likes change except maybe a baby with dirty diapers. Yet we know that the industry is undergoing constant change, whether we like it or not.”

To Rogers, however, just acknowledging the change does nothing. “To keep the industry strong, I believe as ranchers and cattle producers we need to be active. There is a huge concern out there with the trend of losing ranchers and ranches. Plus, there has been a constant erosion of land going away from traditional ranch use and away from the historical agricultural use. Once that is gone, it most likely won’t ever come back!”

Part of the answer, Rogers believes, lies in the need for producers to be proactive and help steer the course rather than sit on the side and watch things happen. For that reason, he has become part of beef industry organizations like the National Cattlemen’s Beef Association and as a board member and past president of the Colorado Cattlemen’s Beef Association. “I believe that the association is a creditable voice for the industry. It tries to promote the industry in a positive way, while at the same time working with other entities that might not understand the needs of the beef and ranching industry.”

He adds, “Most people that know me know that I’m pretty free with my opinion, and I truly believe that it is important to try to work to better the situation.”

This passion becomes understandable, when you realize that for Rogers, his ranching roots go back to the late 1800s, when great grandfather Hoch homesteaded a quarter section of land in Yuma County. The lineage continued with grandparents, who built the first house and outbuildings in the late 1920s, followed by Kenny’s parents, Francis and Mary, who took over the Wagon Wheel Ranch in 1950. Up to this time, the ranch had been a combination of row crop, pasture and cattle. However, Francis made a shift from farming into more cattle and by the early 1950s began selling registered Angus bulls at the National Western Stock Show in Denver, CO.

“Dad is the longest continuous Angus” exhibitor at the show. He’s 83 years old now and still going pretty strong. Even though he grew up on the ranch, Kenny left for college at Colorado State University, where he graduated in 1980 with a Bachelor of Science degree in Vocational Agriculture. With his brother Stanley on the ranch with Francis, Kenny spent several years working in Ag sales before he came back to Yuma County in 1993 to head up the County Weed and Pest District. Then in 1996, Stanley left the ranch to pursue other interests and Kenny was ready to come back to his roots. “I was ready, willing and able, and Dad was ready to step aside some.”

Currently, the Wagon Wheel Ranch includes eight irrigated circles (quarter sections) of corn, 400 acres for growing dry land wheat, along with 7,000 acres of grassland for the 400 head of Angus cattle. “Much of the pasture is native grasses with some of it former cropland during the Dust Bowl era that has been returned to pasture. You can still some of the old drifted over fence rows with the tops of fence posts just sticking out of the ground.”

Although a yearly range and feeding plan is set, it doesn’t always go according to plans. Especially when Mother Nature gets involved. “We like to keep the cattle on the corn stalks as long as we can with a goal of March. Then we will feed the herd until the end of May, when we turn them out to pasture.”

The last two winters changed this plan. “Two winters ago we had three big snows, and by early December, we were feeding cattle. We had 20 inches, 18 inches and 10 inches. I had to blade a trail through about 7-8 miles of pasture to get the cows home. It was an 18-mile drive. Last year at the end of January we had the same type of situation. By the second time, I had pretty much figured out the best way to make this drive work. That really hits the pocketbook when you have to do that much more feeding.”

In talking about the purebred Angus herd, Kenny says his mother had a lot to do with that. “There were some issues with the Herefords, and mom strongly suggested that they switch to Angus. We’ve had purebred Angus ever since.”

Still, change has occurred with the Angus herd, too. “We’re always trying to fine tune the herd. Several years ago, the size of our broodstock cows as in that 1375-1400 pound range. We now target our broodstock herd to be 1300- 1325 pounds. Over the years, we have worked on raising an animal with excellent growth and performance that will gain rapidly and efficiently. We’re now working on fine-tuning and getting best blend in profitable traits.”

In 1999, Kenny and his dad built their own sale barn to house their production sale. “We normally sell 65-70 of our purebred registered Angus bulls along with 40-50 purebred unregistered Angus yearling heifers. This has been very successful, and we have a customer base from Colorado, New Mexico, Nebraska and Kansas, and even from Texas. I would say that 70-75 percent of our customers are repeat customers.”

The Wagon Wheel Ranch website (www.wagonwheel-ranch.com) is a very important part of the sale’s success. “Customers can go on-line to see pictures of the animals we will be selling. The auctioneer always gets pretty nervous when there aren’t many people around and it’s an hour before the sale. Then, and it happens every year, about a half hour before the sale, people show up!”

Yes, change is the name of the game for Kenny and his dad as they work to keep on the cutting edge of the cattle industry. Adjusting to these changes, they believe, will be a huge key to their future success and the success of the cattle industry as a whole. “Everybody’s going to have to change. You have to try to see what’s coming down the tracks before it gets here – a light at the end of the tunnel or a train coming right at you.”

Change can be really bad when it happens to you and you don’t see it coming. For Wagon Wheel Ranch, the goal is to continue to accept change and try to stay ahead of the curve!