Test at the speed of business 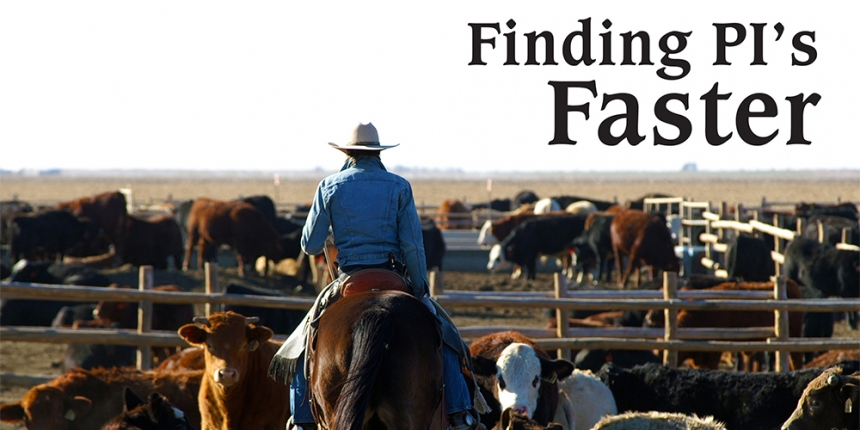 Test at the speed of business.

Most people associate BVD with large, train wreck-like catastrophes. Rarely is this the case. What BVD does is quietly rob you by decreased gain, increased medicine costs,  increased mortality and morbidity. You are puzzled -- something is wrong with that pen and no matter what you do you can’t seem to fix it or find a solution.

“The economic impact from PI animals exposing the population to BVD virus can be great. A study evaluating this impact in the feedyard showed a cost of $67.49 for every animal exposed to BVD-PI animals,” says Dr. Bill Hessman, owner of Central States Testing (CST). “Most of the economic loss came from reduced performance at $58.83 and an additional $8.66 coming from increased mortality.”
Central States Testing was the first to apply ACE-ELISA BVD-PI testing technology for large scale testing in the U.S. Dr. Hessman has led and aided in many research studies on BVD and is known as “one of the experts” on BVD. Since opening CST in 2004, Dr. Hessman has spent the last 14 years with the goal of keeping the cost as low as possible for the producer.
The biggest segment of the industry testing today is the stocker and backgrounder segment, because the calves are younger and more vulnerable as they are comingled. Customers say they are seeing a difference in the mortality and morbidity by testing for and removing PI’s as well as improvement in gain and feed efficiency.
“I didn’t know that one PI positive calf could expose the entire bunch to illness,” Greg Goodnight with Goodnight Ranch said. “High medicine bills and death loss are a thing of the past since being able to test for PI cattle. Another bonus is healthy calves move to grass quicker and gain better than calves that spend a month in the sick pen.”

CST Products
Central States Testing offers a few different products and services based on customer needs. In 2017 they released the CST-QuickTest, a simple, fast test designed for producers to use on-site, with results in less than 30 minutes. They also offer in lab testing for BVD-PI and blood pregnancy with unsurpassed experience and technology as well as personalized customer training on all products. “One thing we really pride ourselves on is how clean our test runs,” says Dr. Hessman. “Our negatives run dead clean so there is no guessing which one is positive and which one isn’t.” 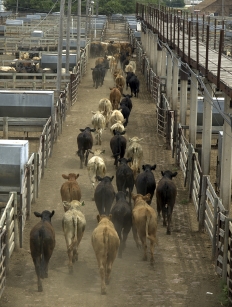 Strategies
“We BVD-PI test everything in our Schwertner Select Program, it has reduced our morbidity rate by half.” - says Jimmy Schwertner, Capitol Land and Livestock
Should you test everything or only surveillance test? What you test depends on your operation. For stocker and/or feeder style operations it’s best to test everything as comingled cattle are more susceptible to the effects of BVD. If you run a cow/calf operation it’s best to test all calves, dams that didn’t produce calves and bulls. If the newborn calf is negative, it’s mother is negative for being Persistently Infected (PI). If a new born calf or still born is positive, test the dam to determine if she is a PI or was acutely infected. Then you can surveillance test all new cattle that are introduced into your herd such as replacement heifers, cows, and bulls. Remember, you bring this problem on to your ranch.
“Whether you are a veterinarian, cow-calf, stocker, feeder, or dairy operator, it is of utmost importance to know the PI status of your animals in order to do a complete job of managing cattle health,” said Jim Bob Harris with Texas Vet Labs

Pooling is Fooling
In it’s simplest terms, pooling samples is combining multiple samples into one test. Producers and laboratories do this in order to keep testing costs at a minimum. While it seems that this will save money up front, you lose money on the back end. Pooling samples can greatly decrease accuracy in two ways: first is outright dilution of the samples because you only take a fraction of a normal sample size. Second is a masking effect where negative animal can mask the signal of a positive. 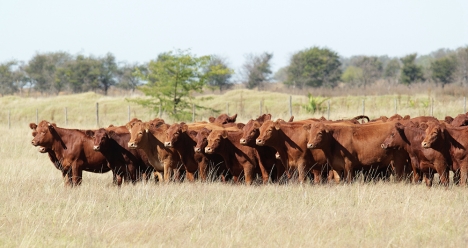 Central States Testing has put forth immense effort to figure out why some negative samples can mask the signal of a positive sample. While they don’t have the exact answer, evidence to date would indicate that something more than antibodies may be causing these false negative pooled results.
The chances of having a pooled negative sample mask a positive one increases in herds where sickness is present, which is where you will normally find a PI positive animal.
“You don’t know when or where a PI will show up and by finding them and finding them sooner the less damage they can do to a group of cattle and that’s better than throwing a lot of antibiotics at a group of cattle,” said Mike Tompkins with Tompkins Livestock.
With the trend for less antibiotic use in the livestock industry it will become more important for producers to adopt proactive strategies to address health issues. Utilizing BVD-PI testing to eliminate positive animals from the herd and to stop the spread of BVD virus is a very proactive technology and is very cost effective.
Central States Testing focuses on providing producers with cost effective and accurate options for testing for BVD-PI animals. Whether you test on site yourself or ship samples to the CST lab or one of their many affiliates, you can be rest assured you have an accurate product.

You can view many articles, studies and information about BVDV and BVD-PI animals on Central States Testing’s website at www.cstbvd.com/bvd101