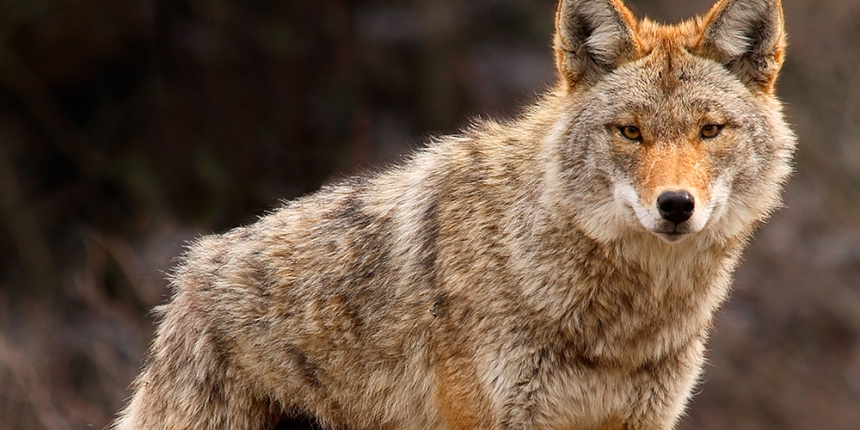 For as long as humans have kept domestic animals, there we’ve had conflicts with whatever local wildlife we must inevitably coincide with. Although we have modernized and found better ways to protect our livestock than primitive spears and personal vigilance, the predator battle is still an issue. In fact, it will continue to be one until the very end of our existence. But even with our modernization have come so have more unique obstacles to this ongoing range warfare.

Predators come in all shapes and sizes. These include coyotes, wolves, feral dogs, cougars, bears, even black buzzards and other birds of prey. According to the USDA, 2015 data found that only 20% of all U.S. beef operations made regular use of some form of predator protection tools. Small ruminant producers, who are considered at a much higher risk of predation, used nonlethal control methods on 58%-93% of all operations. Is there anything the beef industry can learn from this?

In 2015, calf death losses were attributed directly to predation 11.1% of the time. Cow predation was only responsible for 2.4% of all recorded deaths. The states with the highest losses were Texas, Oklahoma, Utah and Oregon. Of all cattle predation losses, the vast majority is within the beef sector. While these percentages seem relatively small among the vast array of causes contributing to cattle losses, they are a preventable hit on ranch income. A single attack can cost hundreds to thousands worth of lost investment and potential income, and an ongoing issue is considerably more.

Lethal vs. nonlethal
A hot-button issue is what methods of predator control are not only effective, but also deemed acceptable. The public eye by and large frowns upon lethal action. There is also some research to suggest that, in the long term, lethal control is not as effective as believed against certain animals.

The USDA’s National Wildlife Research Center conducted a study in Idaho and found for sheep ranchers, predation was 3.5 times higher in areas where lethal control was used compared to areas that used nonlethal methods. Other international studies have similar findings. It is believed that lethal measures disrupt the structure of a wolf or coyote pack making females more likely to increase prolificity and raise pups to adulthood to survive. It also opens the door for new animals to move in when certain ones have been removed, further increasing the population. However, lethal force does tend to be highly cost efficient and, short term, is highly effective.

There are a wide variety of nonlethal methods deployed to deter predators. The majority of ranchers, both small ruminant and cattle, who utilize predation deterrents will use more than one method simultaneously. This could be a motion-detecting noise deterrent, or a fence coupled with a guardian animal.

Putting a plan into action
Predator avoidance can only be carried so far for most operations. Use of expansive rangeland often prevents avoidance of run-ins with the regional wildlife. But when possible, it is good to know what areas are conductive to attracting predators and making your animals easier prey. Good examples are riverbanks, heavy brush, and overall rough terrain. Such an environment makes it easy for small and weaker animals to wander off from the herd and get in a compromising situation. While not always the most practical, fencing is a huge asset to preventing predator access. Sturdy high-tensile woven wire with smaller squares or hot wire are both effective. Even temporary and portable electric fencing can work very well.

Another practice you can get into is coordinating things such as calvings and castrations at a time when predators have lower energy demands and therefore less active. Both of these activities are huge attractants to all kinds of predators. For example, if coyotes are the biggest threat in your area, you’d want to avoid early spring calving when there are more pups being born. The same idea can be incorporated with bears, wolves and other large predators.

Likewise, maintaining a herd that is less attractive as prey is equally important. If possible, remove any attractants including afterbirth and dead animals you find lying around the pasture. This should include culling sickly, weaker animals who are ideal targets before they actually become prey.

Guardian animals are wildly popular with small ruminant breeders and some cattlemen have adapted to them as well. Fellow grazing animals, such as longhorn steers or donkeys, are preferred for some. Longhorn steers can especially do well as they are any easy fit for herds, are intimidating to predators, and have a protective inclination. There have been anecdotal reports of them taking on as formidable predators as bears and cougars. Livestock guardian dogs are also options, especially if your primary concern is protecting young calves. The drawbacks to dogs are they will have different care and feeding requirements for the rest of the herd and require some basic training.

Other things that discourage predators are motion-triggered alarms and lights. These are a bit more high-maintenance as they must be moved regularly to prevent desensitization. This option can be a little more expensive, but if done properly is also highly effective.

When lethal force becomes necessary, check with your Department of Natural Resources to obtain any nuisance permits you may or may not need. Get in touch with any trappers in your area who may be willing to help work with you and cut down on the use of personal time and effort. 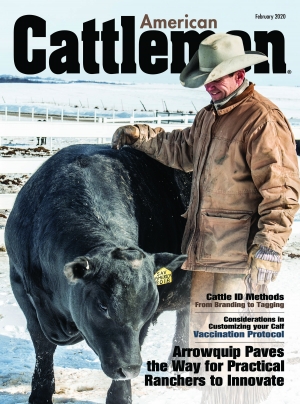