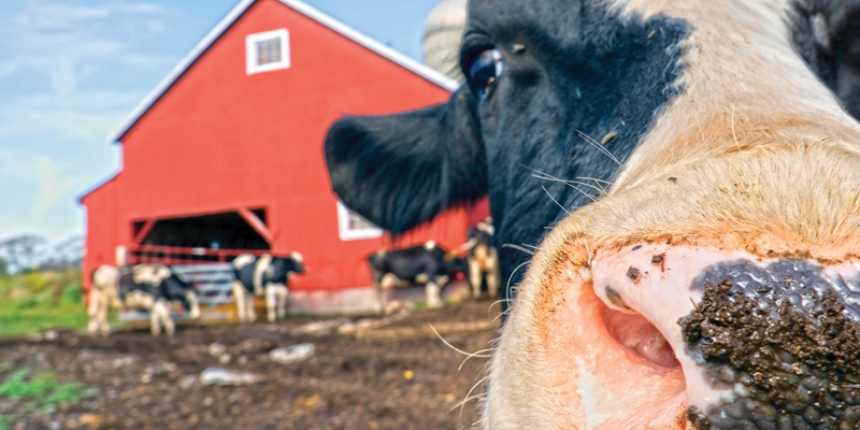 Flies are notorious nuisance and public health pests because they have the ability to transmit serious pathogens to both humans and animals. These flies typically occur and breed in a variety of filthy areas, including manure, soiled bedding, spilled feed, garbage and other types of organic matter. One pound of manure can contain more than 1,500 fly maggots, so it is not hard to see how fly numbers can reach enormous proportions and threaten your livestock and workers. To prevent and reduce the instances of fly infestations, be sure to utilize the following best practices in your control plan:
• Monitor the property: This step is important for deciding when to implement control tactics, as well as for record keeping. On a weekly basis, place index cards in and around fly breeding areas to determine the extent and severity of a fly infestation. Twenty to 50 fly feces on an index card typically indicates a fly problem.
• Prevent fly breeding: Implement a manure management and treatment plan to reduce further adult fly emergence. To prevent eggs and larvae from developing into flies, do not allow other organic matter such as wet straw, feed or garbage to accumulate. As much as 85 percent of a fly population can exist in immature forms in the litter. Treat these areas with a fly control product, such as Archer® insect growth regulator from Syngenta Professional Pest Management. Archer can be applied to fly breeding sources to stop larval development, breaking the life cycle of flies and preventing the development of adult flies.
• Manage adult fly populations: Baits have been used for fly control for several decades, and they are especially popular among livestock producers because they are easy to use. However, widespread and continual use of baits has led to resistance of baits in flies, which has caused a concern among Pest Management Professionals (PMPs). When using a fly bait, ensure applications are targeted to areas of high fly activity, such as damp, moist areas. If flies are avoiding the bait, you may be dealing with a resistant fly population and should consider alternative baits with a different active ingredient.
“An ounce of prevention is worth a pound of cure” could not be a more relevant statement for fly control. While treatments such as baits can be effective, breeding prevention can be your most helpful step in the effort to keep flies off of your livestock.

Controlling Flies on Pastured Cattle. Did...