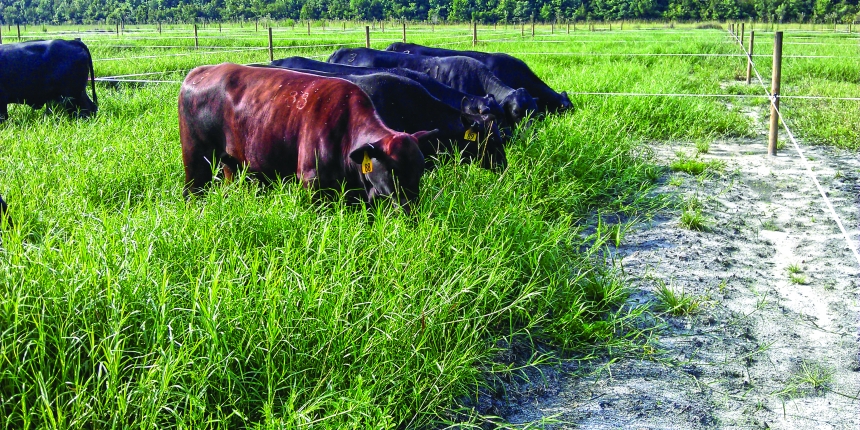 Superior Manufacturing has redesigned its grain bin unloading system to increase reliability, efficiency and ease of use. It maintains unload speeds up to 6,000 bushels per hour, among the fastest in the industry, and its galvanized finish ensures excellent durability and long life.
The improved unloading system features a 9-inch, under-bin grain auger inside an 11-inch U-Trough. In a traditional system, the auger forces grain through a 10-inch tube. The grain gets compacted and pressed against the inside of the tube and is often damaged as a result. By comparison, the Superior U-Trough is gentler on the product because it has no sidewalls and there is more space between the auger and the trough. With its 11-inch diameter, the U-Trough also has greater capacity. And finally, bulk grain free flows over the auger for fast unloading speeds.
All of the system’s sumps are covered with rack-and-pinion gates that are fitted with roller bearings for easy opening and closing. If the center sump becomes plugged, users can access a next-to-center sump that opens independently of the other intermediate sumps. This makes the Superior unload much safer than other systems, where users would either have to enter the bin to unplug the center sump or find an alternative way to unload. In addition, the Superior system’s controls are located outside of the bin so they can be accessed easily without entering the bin. A removable top cover makes it easy to access the rack and pinion assembly.
An adjustable motor mount, which is equipped with an over-center lever, makes engaging the auger straightforward. Superior also added hinged discharge covers that can be quickly opened or closed without having to hassle with bolts or wing nuts. They can be latched open while unloading or closed during the winter to prevent rodents or blowing snow from gaining access.
For more information: Superior Manufacturing, 5069 169th Ave. S.E. Kindred, ND 58051; 877-989-5747; trever@superiorincnd.com; www.superiorbins.com.

The University of Florida, in partnership with Florida Foundation Seed Producers Inc., has released two new limpograss cultivars so ranchers can increase the forage variety they feed their cattle. Florida beef cattle producers use limpograss, a warm-season, perennial grass for its high digestibility, cool-season growth and tolerance to poorly drained soils.
The new lines, limpograsses 4F and 10, have superior traits, including persistence under grazing, good production and nutritive value, said Joao Vendramini, associate professor of agronomy at the Range Cattle Research and Education Center in Ona and one of the cultivars’ developers.
Limpograss 10 will be called Gibtuck in honor of Gilbert Tucker, who graduated from UF and, among his positions, worked as a ranch manager in Brevard County and as an animal husbandry expert at the Range Cattle REC, part of UF’s Institute of Food and Agricultural Sciences.
Entry 4F will be called KenHy, to honor the forage breeding contributions of longtime UF/IFAS agronomy professor Ken Quesenberry for the Florida livestock industry.
For more information contact Brad Buck, 352-294-3303, bradbuck@ufl.edu or Joao Vendramini, 863-735-1314, ext. 205, jv@ufl.edu.

ANBO Manufacturing, leading manufacturer of grapples and blade attachments for use in agriculture, forestry and construction has announced a new series of grapples designed specifically for the modern rancher.
Made of tough A-572 alloy steel, the Rancher Series grapples come in sizes from 69 inches to 94 inches and can be made to fit virtually any carrier. It features an extra wide 75-inch opening for picking up large round bales, square bales or large brush piles. The 8-inch tine spacing provides the ability to forward and back rake fine hay and debris into easily manageable piles of material that can be picked up and relocated.
Rancher Series grapples also feature serrated edges which provide an extra strong bite and hold on loads, preventing them from slipping. Complete with 3,000 psi heavy duty welded cylinders, the Rancher Series grapples have outstanding clamping power for secure loads.
Long-time rancher Gerald Scholz brags about his new ANBO Rancher Series Grapple.
“My family has owned property in Okanogan County for decades,” Scholz says. “They’ve purchased numerous ranching products to toil, till, and transform the land — but never one that works this well!”
“The 8 inch spacing between the tines is perfect for picking up both small and large materials,” Scholz said. “And, as another great feature, there are wedges on the front of the fork which will actually lift your dirt up, hold larger rocks tightly, then let the dirt fall out; it’s like a sifting effect.”
The Rancher Series grapple provides livestock professionals a hard working tool to reduce labor, increase efficiency and to simplify projects and chores. Great for maintaining fence rows, pulling fence posts, carrying fence posts, feeding livestock, placing heavy bales into feeders without damaging the feeders, picking up large amounts of silage or manure and cleaning feedlots and pens.
For more information, visit: www.anbomanufacturing.com/rancher-series

Honoring their significant contributions to the beef and dairy cattle industry, David Bechtol, D.V.M., and Maarten Drost, D.V.M., were inducted into the Cattle Production Veterinarian Hall of Fame (CPVHOF). Established in 2011, CPVHOF recognizes the rich traditions of production veterinary medicine and honors the distinguished individuals who have made a lasting impact on the profession. The Hall of Fame is sponsored by Merck Animal Health, the American Association of Bovine Practitioners, the Academy of Veterinary Consultants, Bovine Veterinarian magazine and Osborn Barr.
“The beef and dairy industries have been fortunate to have benefited from the wisdom, vision and determination provided by these remarkable men,” said Rick Sibbel, D.V.M., director of beef technical services for Merck Animal Health. “Drs. David Bechtol and Maarten Drost have been leaders, teachers and innovators and have significantly advanced feedyard management practices and bovine reproduction.”
The new inductees were honored at the AABP Annual Conference in Albuquerque, New Mexico, in September and were chosen by their peers, including members of AABP and AVC.
For 35 years, Dr. David Bechtol, of Canyon, Texas, has been operating a consulting business and feedyard research facility in the Texas Panhandle.

Last year, he was named one of the 20 most influential beef and dairy veterinarians in the United States.
After graduating from the Texas A&M University College of Veterinary Medicine in 1965, Dr. Bechtol started a swine and feedlot practice in Dimmitt, Texas. In 1979, he established Palo Duro Consulting Research and Feedlot.
Dr. Bechtol was a charter member of AVC, has been a member of AABP for almost 50 years and served as president of both organizations. He was named the AABP Practitioner of the Year Award in 1981, the AVC Consultant of the Year in 1986 and received the AABP Award for Excellence in Preventive Medicine for Beef in 1998.
Dr. Bechtol served as president of the Texas Veterinary Medical Association and on the board of directors of the Texas Cattle Feeders Association, as chairman of the National Cattlemen’s Beef Association’s Subcommittee on Animal Drugs, and Biologicals and Feed Additives, as well as an adjunct professor for the Texas A&M University College of Veterinary Medicine.
Dr. Maarten Drost, of Gainesville, Florida, is well-known for his work in embryo transfer technology and mechanisms of pregnancy recognition and fertility management in cattle. He is a world-renowned expert in bovine reproduction, and his slides and videos of cattle palpation and parturition have been reproduced and used throughout the world. Through The Drost Project, Dr. Drost has lectured and taught workshops in more than 19 countries in both English and Spanish.
He earned his degree in veterinary medicine from the Iowa State University College of Veterinary Medicine in 1962 and served as a captain in the U.S. Army Veterinary Corps. He was a faculty member at the University of California-Davis and the University of Florida, where he was instrumental in establishing the College of Veterinary Medicine, which graduated its first class in 1980.
Dr. Drost was awarded the University of Florida’s College of Veterinary Medicine Teacher of the Year four times. He was awarded the university’s Distinguished Faculty Award in 1989 and the Teaching Improvement Award in 1995. He was recognized again in 2007 with the veterinary school’s highest honor, its Distinguished Service Award.
On the national stage, Dr. Drost served as president of the American College of Theriogenology. In 2003, he received the Pfizer Teacher of the Year Award. He also was recognized by Iowa State University in 2004 with the Stange Award for Meritorious Service in Veterinary Medicine.

Iowa Premium Beef today announced that Jeffrey Johnson, current Vice President of Operations for the Tama-based beef processing facility, will assume the role of Chief Executive Officer. This announcement follows the passing of former CEO John Stewart earlier this month.
“John Stewart’s vision and passion will be greatly missed, but we are fortunate to have such a strong leader stepping up at this crucial time,” said Bob Evans, Chairman of the Board for Iowa Premium Beef. “We are very excited about becoming an integral part of the Tama-Toledo community and putting forth a high-quality product.”
Mr. Johnson is a seasoned veteran of the beef industry, specializing in plant engineering, facility development, environmental compliance, safety, and more. He joined the Iowa Premium Beef team in 2012 after spending 35 years with JBS USA (Smithfield Beef Group/Packerland Packing), where he served as Vice President of Engineering and Environmental Affairs.
Mr. Johnson has a proven track record of reducing energy consumption, enhancing overall facility efficiencies, reducing processing times, and ensuring that safety standards are met and surpassed.
Located in Tama, Iowa, and employing approximately 600 individuals, Iowa Premium Beef processes and markets premium, Black Angus beef both domestically and internationally. Iowa Premium Beef partners with local family feeder farms and sources only the highest-quality cattle available in Eastern and Central Iowa. For more information about Iowa Premium Beef and its products, contact (641) 484-2220 or visit www.iowapremiumbeef.com.

American Cattlemen, the leading national magazine for cattlemen for over 40 years, is known for its targeted reach of ranchers and beef producers. More beef cattle industry marketers use American Cattlemen to reach their customers than the other leading magazines — combined! Today we’re proud to announce we have a new marketing option to share with you.
Effective immediately clients can rent all or part of our exclusive Ag Media Group email list, developed and refined over our 40 years in the industry.
Over 130,000 clean, verified emails of active dairy producers, beef producers, farmers and ranchers are now available for rent, including detailed reporting of your campaign’s activity.
How does an American Cattlemen Ecast work?
1. Select the desired audience criteria.
2. Select the delivery date and send us your materials.
3. We send the Ecast to the list you request.
4. You receive detailed reports after delivery.
Rates for the Ecast are based on quantity, please call for details, Rick Thomas, Publisher, 800-682-3118, rick@hlipublishing.com.