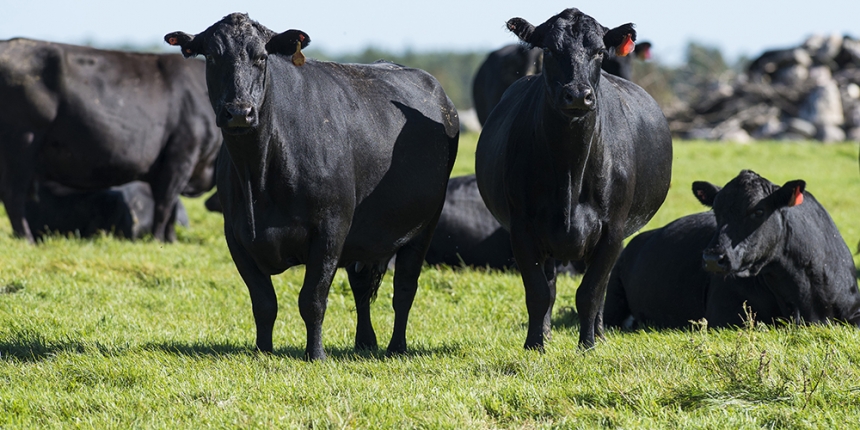 There are some components of A.I. success out of human control. Of all the things in the breeding process subject to human flaw and error, semen care and handling is one of the most basic and easily monitored. Proper semen handling and storage requires basic knowledge of the freezing and thawing processes because once any thawing has occurred, all damage done to the sperm is permanent. Returning it to the liquid nitrogen may prevent further damage, but it can’t repair anything. Injury of sperm, namely anything that will affect its motility or fertility, begins at temperatures as low as -110F. In retrospect, the safe storage temperature of semen in liquid nitrogen is -320F.

The freeze and thaw
When semen is frozen, the process removes the intracellular water in the sperm cells. This prevents damage during the crystallization. The formation of intracellular ice crystals can cause damage to the sensitive cell membranes, organelles, or chromosomes. Sufficiently damaged sperm acrosomes can cause enzyme leakage and impair the cell’s fertility. However, when a sperm is exposed to an environment warm enough to begin the thaw, usually starting at -110F, and then refrozen the process of recrystallization begins, creating larger crystals that can penetrate the delicate cell membranes. Degree of damage and impact on fertility depends on how high above the freezing level the sperm is exposed to and how long they are exposed for. This principle applies not only to frozen semen, but also embryos in liquid nitrogen.
The neck of the nitrogen tank is where the stable temperature begins to change. At different depths below the opening of neck, temperature progressively increases. Beginning at 2 inches below the top of the neck, temperature is variable at an increase of 40-50F, at 4 inches below the temperature is -160 F and at 6 inches is -290F. When selecting a straw to thaw, it is recommended that the canister never be held above the frost line (usually 4 inches below the top of the neck) for more than 10 seconds. 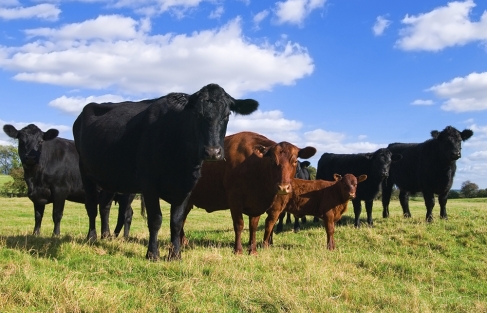 The recommended “proper” thawing process will vary slightly from expert to expert or company to company. The general guideline according to the National Association of Animal Breeders is thawing at 90-95F for at least 40 seconds long. There is some conflicting opinions and research on how many straws can be thawed in the same water bath at the same time. Thawing only one straw at a time is considered optimal, and some research has argued it is the best way to ensure optimal fertility. However, this is impractical on larger scale operations where there are many animals to run through the chute and breed in a timely manner. A 1991 study examined thawing as many as 15-20 units at the same and concluded that if water was sufficient to maintain 90-95F temperature with the addition of more frozen straws, sperm viability wasn’t compromised.

Tank care
To maintain a consistent and safe temperature for long-term storage, nitrogen tanks must be totally undamaged and regularly monitored. One field study found that out of 60 tanks stored unsupervised for a period of time, 3 were found to have suffered significant nitrogen evaporation from various causes, destroying their stored units. Total evaporation can be incredibly costly but is a rare occurrence, it usually happens when a tank is neglected or improperly cared for. Nitrogen loss can happen very rapidly when due to even minimal external damage.
Tanks should be observed and checked daily. Outer shell corrosion often happens when the tank is stored directly on top of concrete or another wet, poorly ventilated surface. This can greatly reduce its life expectancy. Simple elevation on wooden slats or a rubber mat is sufficient. No more than 6 months’ worth of semen should be stored in a single tank at the same time.
When transporting or moving a tank, extra care should be taken that the outer shell is not bumped, scratched or dented. When transporting straws between nitrogen tanks, transfer should occur immediately with two tanks that are side by side to prevent as little thaw as possible.

Additional check points
The most obvious and perhaps often overlook aspect of breeding success and semen care is overall cleanliness. This includes the thaw bath and water, A.I. rods, sheaths, scissors, and anything else that encounters straws and the animals.
To help prevent additional cold shock of thawed sperm, the A.I. rod and sheath should be kept at body temperature, but never warmed with water. Rubbing them by hand or sticking them inside a coat or shirt for a few minutes will be sufficient. Temperatures should be maintained until semen has been deposited into a cow.