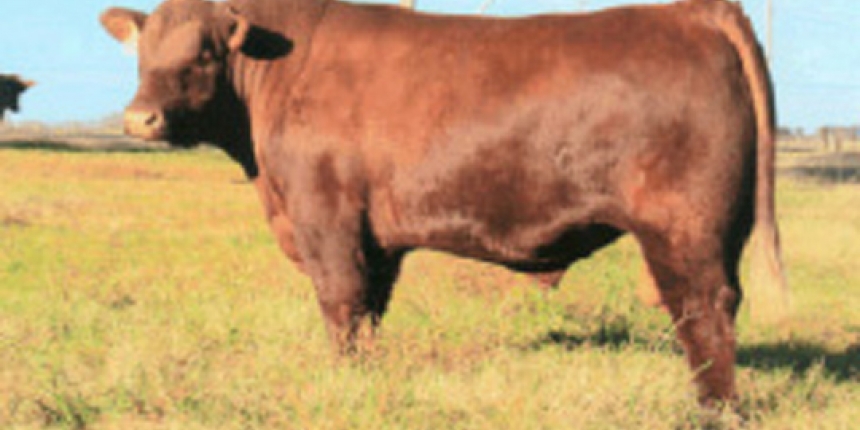 Pure beef cattle breeds exist and thrive only to the extent that they can produce profits for their owners, across many environments, many markets and changing times. Since the development of the commercial beef industry in the United States, many breeds have come and gone. Long-term profitability is rare in the US beef industry. Red Poll cattle have been profitable for their owners ever since first arriving in the United States in 1873. For over 137 years, Red Polls have been working and profiting on America's Family Farms.

The modern Red Poll breed was developed by combining two relatively pure landrace strains of cattle on the East Coast of England. The Suffolk cattle were a small, reddish colored, polled breed of cattle that had been developed over the generations as a dairy breed. The Norfolk cattle were small red and white, horned cattle developed primarily as a beef breed. The two strains of cattle had been developed from native cattle of the regions. The origins of the native cattle have been lost in the mists of time, but historians suggest that red cattle were brought to Great Britain by both the Romans and the Vikings.
In the early 1800’s, John Reeve, a tenet on the Earl of Leicester’s Holkham Estate in Norfolk, began mating his Norfolk cows to Suffolk bulls. Reeve and other breeders of the era selected cattle for both beef and milk production. Reeve’s improved cattle became known as “The Red Polled Cattle Descended from the Norfolk and Suffolk Red Polled.” The small red cattle with the big name gained popularity as improved cattle and were recognized as a separate breed in 1846.
The Red Poll Herd Book was one of the earliest purebred cattle registries in England. Henry Euren an English agricultural writer published the first Red Poll Herd Book in 1874. Using farm and estate records, Mr. Euren was able to gather pedigrees of the foundation cattle of the breed, recreating accurate records back to the beginning of the breed.
Red Poll cattle were first imported to the United States in 1873 and gained popularity quickly. Between 1873 and 1900 about 300 head of Red Poll cattle were imported into the US and it is from these cattle that the breed in the US developed. They were more heavily muscled then the cattle dominating the US dairy industry at the time. Red Polls also proved popular in the Mid-South as they seem to be more heat tolerant than most cattle.
Red Polls defied the cattle depression of the 1890’s, as the demand for these cattle grew. During the 1920’s more than 6,000 head were registered annually. During the Depression, registrations declined to 1,100 in 1937. Registrations rebounded to about 5,000 in the 1950’s.
Following WWIII and the industrialization of the American farm, Red Polls lost favor as a dairy breed. The smaller, family farms that held Red Polls tended to opt out of the new dairy industry, in favor of beef production. Breeders emphasized the breeds beef attributes. During the 1950s and 1960s the breed went through a period of transition – moving from being a “dual purpose” breed to being a single purpose, beef breed. The transition was considered complete and in 1972 the breed was officially declared a beef breed.
Red Poll cattle continue to thrive today on many American Family Farms; some of which have owned Red Polls for 4 or 5 generations which is a stunning testament to the profitability, consistency and longevity of the Red Poll breed. The population of Red Poll cattle is concentrated in the Mid-West, with herds thriving in the Endless Mountains of Pennsylvania, the Piedmont of North Carolina and the Washington Pacific Coast. There is renewed interest in the breed as both a Heritage breed and as a breed that can produce Choice quality carcasses on grass only.
Breed Attributes
A breed's worth is based upon the cattle's ability to provide solutions to the economic needs of commercial cattlemen. Red Polls are uniquely suited to fulfill many of the economic and management needs of a wide range of commercial farmers and ranchers.
Maternal Traits
• Red Polls are naturally fertile and rebreed quickly after calving
• Easy calving cows
• Good mothers
• Good milk producers - good udders
Quiet Temperament
• Red Polls are quiet cattle that respond well to good handling practices, ideal for 4-H projects and for people who aren't into wild, "exciting" cattle
• Quiet cattle convert feed better
• Quiet cattle create more tender meat
Feed Efficiency
• Feed represents the largest single cost in producing beef - the ability to efficiently convert feed to meat is critical to profitability in the cattle business
• Red Polls are feed efficient
• Smaller bone structure, thinner hide, less waste mean less feed necessary for maintenance, more feed available for growth
• Moderate frame size combined with natural and selected feed efficiency gives Red Polls the ability to finish to Choice on grass
Carcass Quality
• Red Polls are renowned for tender beef
• High Yielding Carcasses - high lean to bone ratio - more saleable product from each carcass
• Well-marbled beef - necessary for good taste and tenderness
Consistency
• Uniform colored calves make uniform selling lots - bring higher prices
• Pre-potent bulls pass their structural style to all of their calves
• Uniform calves aid in planning the breeding program
As farmers and ranchers look for ways to improve profits, the feed efficiency of the breed is beginning to attract renewed attention. The cattle are feed efficient, and are also generating interest among small scale farmers who are looking to capitalize on grass finishing, high premium retail beef sales.
www.americanredpolls.com