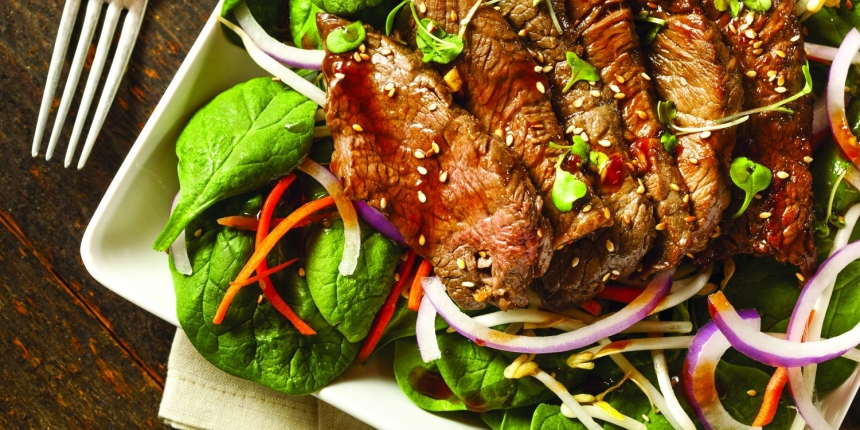 Eat a different kind of fat and fewer carbohydrates. Or is it the other way around? Over the last 40 years, 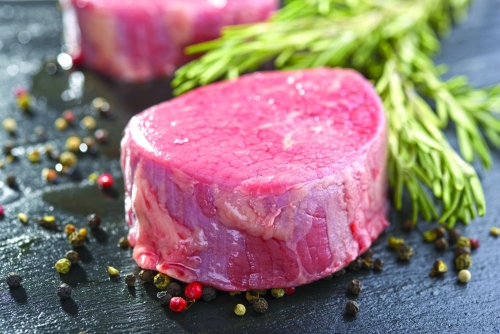 consumers have been led one way or the other, which begs the question: Where’s the protein?
“Starting almost a half century ago, protein was basically ignored,” according to Shalene McNeill, executive director of nutrition research for the beef checkoff. “Although its benefits to the human diet are indisputable, in the past, it often has been left out of the discussion when it comes to the three macronutrients.”

When the 1977 Dietary Goals for the United States were published by the U.S. Senate’s Committee on Nutrition and Human Needs, protein was indeed the forgotten macronutrient.
Eat less fat, sugar and salt, the report urged, and more carbohydrates. The American public took admonitions about the need to eat less fat to heart, replacing those fat calories with carbohydrates — and now, concerns about human health, particularly overweight and obesity, are at peak levels.

This leads to the question: What would happen if the optimal amount of protein in the diet was re-examined? The benefits of protein have never been in question, McNeill asserts, and have been established in research that began in the first part of the 20th century. This research demonstrated that amino acids, the basic building blocks of protein, are used by the body to make protein that support many bodily functions, including growth, transport and storage of nutrients, repair of body tissues in the muscles, bones, skin and hair, and removal of all kinds of waste deposits. Amino acids are also a source of energy for the body.

Importantly, research also has shown that not all proteins are the same. The essential amino acids (EAA) cannot be synthesized in the body and must be supplied by the diet. In general, plant proteins do not contain all of the EAA in sufficient quantities when eaten alone. While protein is found in both plant and animal foods, animal-based proteins have been shown to be more bioavailable and more readily useable by the body.

About three ounces of lean beef contains 25 grams of protein and 154 calories. To obtain the same amount of protein in less useable form would, for example, require six tablespoons of peanut butter with 564 calories.

“You have to question why these recommendations (to focus on plant forms of protein) are out there, at least from a protein standpoint,” according to Stuart Phillips, a recognized researcher who is focused on the nutrition and exercise factors that impact skeletal muscle health. “Animal protein is superior to plant forms of protein in stimulating muscle protein synthesis.”

Phillips, a professor in the Department of Kinesiology at McMaster University in Ontario, Canada, says there are minimal and optimal levels of protein consumption, and today’s Recommended Dietary Allowances (RDA) should be categorized in the former, not the latter. Unfortunately, the semantics themselves often mislead people. 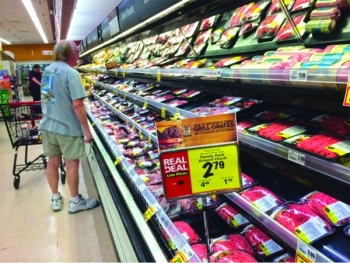 Other researchers have come to the same conclusion. About eight years ago, protein researchers came together to put more light on the question of protein in the diet. Funded in part by the Beef Checkoff Program, Protein Summit 2007 in Charleston, S.C., assembled more than 50 researchers from numerous countries.

Consensus among those in attendance was that higher protein intakes were important to various health outcomes, such as weight management, diabetes and cardiovascular disease, especially among certain populations and segments of populations.

Analysis of protein intake in the American population, for instance, was conducted using data collected in 2003-04 from a nationally represented sample of the U.S. population and reported at the 2007 summit.

It found that while most age/sex groups appeared to consume more protein than the respective Estimated Average Requirements (EAR), a significant percentage of adolescent females and older women had inadequate protein intake (below the EAR).

Furthermore, as Americans age they tend to decrease their protein intake. Given the rising concern about the loss of skeletal muscle mass and strength associated with aging, summit attendees agreed protein intake in older Americans deserved increased attention.

Researchers throughout the nutrition field have been paying attention. Eight papers from that summit were published in a supplement in the May 2008 issue of the American Journal of Clinical Nutrition, and have been downloaded more than 70,000 times.

In October, at 2013 Protein Summit 2.0, co-sponsored by the Beef Checkoff Program, scientists agreed that progress had been made since the 2007 summit, and that “the scientific literature has expanded with research indicating that higher-protein intakes contribute to better diet quality, healthy weight management, improved body composition, and maintenance of, or increase in, lean body mass for certain populations,” according to Summit 2.0 proceedings.

Proceedings in the form of six papers from that summit were published in a supplement in the June 2015 issue of the American Journal of Clinical Nutrition. Those papers asserted that additional research is needed, including human clinical trials, as well as animal and cellular models.

Work Goes On
The need for research is in direct correlation to the need for information that the beef industry and others can use to educate consumers better, according to Anne Anderson, a Texas beef producer and vice chairman of the Cattlemen’s Beef Board. “We didn’t create the need for knowledge on good nutrition, but we certainly can help fulfill it,” says Anderson. “Beef happens to be a wonderful provider of protein. Through our Beef Checkoff Program, we can help answer some important nutrition questions, while as an industry we provide the product that delivers solutions to the challenge of designing the best human diets.”

“If you look at where we are in terms of nutrition knowledge, it becomes obvious that we are still in the infancy of our understanding of optimal human nutrition,” according to McNeill. “Significant research remains to be done. While beef-checkoff research continues to make inroads into this topic, with every building block of knowledge it provides, it reveals a new avenue for study. One finding has been convincing: Adequate protein is crucial. For that reason, beef will continue to play a role in the discussions of the optimal human diet.”