Preserving or Culling Bulls in the Off-Season 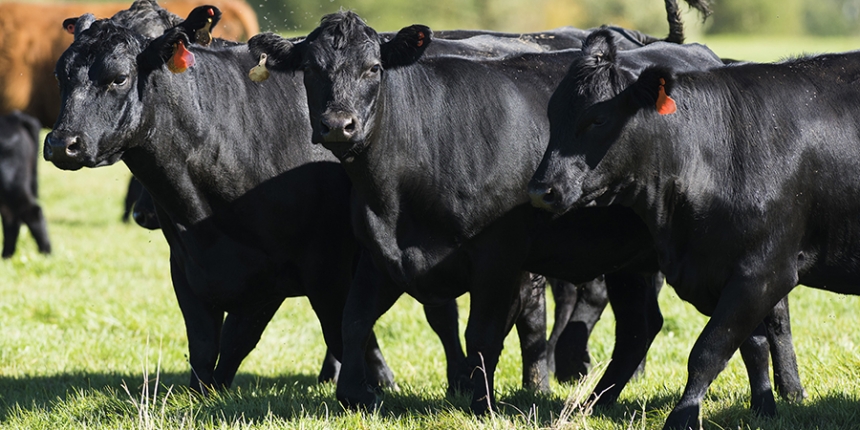 Preserving or Culling Bulls in the Off-Season

Producers pulling bulls from natural service at this time of year will soon be sending them to winter lodging on the farm or ranch.  Considering bulls are a massive portion of the success of the cow/calf herd production, it is prudent to assess their winter care logically rather than releasing them in with the old lame cow or the other odd collection of animals out behind the barn. This is the perfect time of year for culling if the option is on the table.  For any bulls with chronic issues of lameness, illness, suspect breeding abilities, or reproductive organ and libido problems, the cost of feeding and housing throughout the winter and spring months before sending them back out to summer breeding pastures, is too large a sum to wager on a potentially unsound bull.

To assist in making the decision to cull, there is the question of completing a BSE or breeding soundness exam after pulling bulls in late summer, but answers are split.

On one side of the question, Brett Andrews of Burwell Nebraska Veterinary Hospital said, “Usually the only time I do any breeding soundness exams on bulls in the fall is if they are fall breeding or if they had a reproductive problem such as lacerations to the prepuce during the summer.”

Tom Troxel, Ph.D. at the University of Arkansas offers a differing view when he states that the conclusion of the breeding season is an excellent time to perform BSE’s on bulls to aid in determining which bulls to replace in the herd.  “Bulls may need to be culled for failure to pass a BSE, lack of libido, injuries, poor vision, undesirable conformation or inferior calf performance.”

Both are good arguments that need to be assessed on an individual producer basis.

If no culling is being done, Troxel suggests herd bulls be kept in a separate paddock or pasture away from cows, heifers and younger bulls during the non-breeding season with plenty of exercise room, clean water and mineral supplements.  Younger bulls are growing rapidly and will very likely require a different diet to compensate their growth rate and to replace the condition they lost during the breeding season.

He also states it is important to divide bulls into management groups in order to more effectively meet dietary needs.  “Separating younger and older bulls may be particularly important in preventing injuries and meeting nutritional requirements,” he said.

Monitor body condition closely and make grain feeding adjustments early to younger or thinner bulls to regain a body condition score of 6 before the upcoming breeding season.  Bulls that have been over-worked will require extra nutrients to get back into proper shape.  If started early enough, the amount of grain or distillers mix needed to accomplish this during the winter months will be reduced.

In colder areas of the country, it is essential to provide protection from extreme and volatile weather.  Brett Andrews encouraged producers to keep bulls where shelter, trees or man-made windbreaks are available to block the north winds that can cause frost or freeze damaged scrotums.  “Provide bedding during the severest cold or blizzard conditions so the scrotums won’t be on the bare cold ground,” he suggests.  “The producers who do this have very few permanent testicular injuries due to extreme cold, however, I have seen bulls that were left out with no or minimal shelter and they suffered permanent testicular injury.”

When bulls are combined after breeding season, they will create a social hierarchy before settling into a winter routine, so plenty of space is vital.  Never add a single bull to an established group of bulls as this creates a high probability of injury.  In extreme heat conditions, some producers have shut off the water for 24 hours as fighting and riding bulls can over-heat, over-drink and water founder.  Arranging plenty of escape room is the best way for them to safely survive this short time period while the pecking order is set.

Grouping bulls properly, providing protection from the extremes of the environment along with adjusting the feed of the younger or thinner bulls to reach a desired body condition score next year will give bulls the best chance to reach the spring starting line in healthy and productive condition.

To Cull or Not to Cull