The Path To Cattle Profit 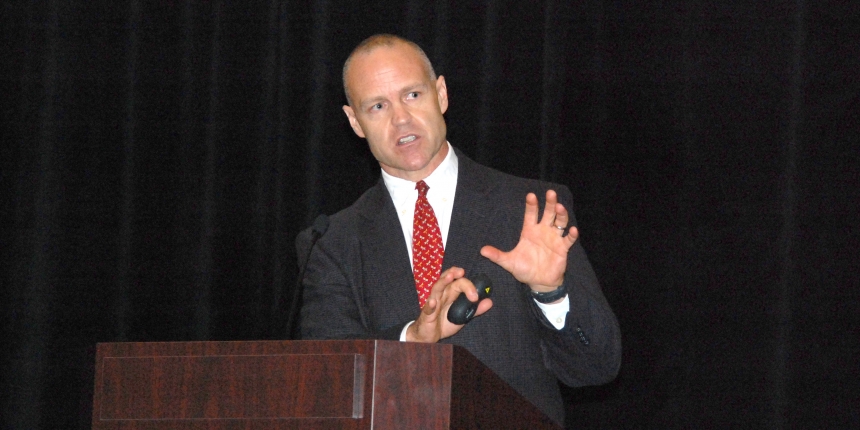 Crossbreeding may fit most producers, but it is not the only logical path, says a leading cattle feeder and an animal scientist.  Tom Brink, president of J&F Oklahoma Holdings, says feeding 1.6 million cattle per year at Five Rivers Feedlots has led him to conclude: “Planned crossbreeding is not the problem. Planned straight breeding is not the problem. Breeding cattle without any consistent plan is the problem.” He commented at the 45th Annual Beef Improvement Federation (BIF) meeting June 12 in Oklahoma City, where a series of presentations and a panel discussion examined the rationale for breeding systems.

Nevil Speer, University of Western Kentucky animal scientist began by clarifying that he does not advocate one system over another. Speer’s 2011 paper, “Crossbreeding: Considerations and Alternatives in an Evolving Market,” granted every advantage to crossbreeding before exploring why the practice is losing ground in the commercial beef industry.

A proliferation of Angus branded beef programs, and especially market premiums paid for the original Certified Angus Beef brand, has added value to Angus cattle at every segment, Speer noted. However, consumer satisfaction is the driving force, and no breed or system of breeding should be evaluated without respect to the core quality of beef and its impact on demand.

He said the 21st century beef industry is more consumer driven, compelled by a competitive protein market. Efficient but demand-responsive cattle ranches will likely face “increasing delineation” around premiums and discounts. Crossbreeding can be valuable to producers and the industry, Speer reiterated, “but opting out of such an approach isn’t necessarily flawed.”

“We should not coach each and every producer to bat right-handed by telling them that crossbreeding is the only solution,” he said. “Each producer line up on the side of the plate where they feel most comfortable and go hit the ball!”

He shared data on the top 10% to 15% of cattle Five Rivers has fed (see Table), noting better feedlot performance worth $154/head above average, with grid premiums adding $65 for a net $219/head advantage. “This illustrates what is possible and that we can pay much higher prices for feeder cattle and calves that are known to create such exceptional value,” Brink said.

If the crossbred advantage proven in older data still holds true, it can be represented as one extra 600-lb. calf per cow, or six such calves compared to five for a straightbred cow, he suggested, laying out the math. Additional carrying costs of $600 for another year would make a net $300 profit for the crossbred, given calves at $1.50/lb.

A “high-end Angus straight-breeding program” can match those results, Brink said. “As shown above, stacking top growth and carcass genetics can result in cattle that are worth $200+ per head above average.” Multiplied by five calves rather than six shows a $1,000 advantage.

“If cow-calf producers can capture just 30% of this value, they have matched the crossbreeding example,” he said, allowing some would argue the numbers: “That is fine...the key takeaway, however, is that these two approaches to breeding beef cattle are financially closer that many people think.”

Yes, structured crossbreeding would fit most U.S. producers, Brink said. “Straightbreeding is appropriate for others who are serious about creating high-performance, high-value calves that will top the market. This appears to be the reason why a significant number of producers forego known advantages of crossbreeding to pursue a different path they find equally rewarding.”

On Target Tips  Let’s Start The New Year At...

The 8 Most Common Genetic Mistakes