Cattle producers are always looking for ways to improve the nutrition and health of their newborn calves. Healthy, strong offspring increase the quality of the adult herd and are a huge key in the financial success of the operation. However, there is always the concern of battling sick calves and even worse the loss of calves due to bacteria, viruses or other pathogens. The concern comes at birth, because the calf is born with virtually no immune system.
It is through the mother’s first milk (colostrum) that provides the maternal antibodies to help kick in the calf’s immune system. That is why it is so crucial to get the calf up and sucking as soon as possible. It can take several days and even up to a few weeks for the calf’s immune system to create its own antibodies. Unfortunately, there are many variables that might cause this first milk to not create the immunity needed to fend off the many bacteria, viruses or other pathogens the calf might encounter. 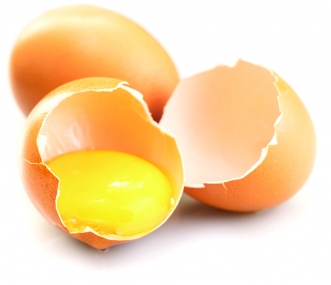 Over the years, producers have fought this problem and have basically come up with two types of remedies: active immunity and passive immunity. Active immunity comes in the form of vaccination, which generates antibodies to specific infectious agents. Passive immunity is provided by administering pre-formed antibodies to infectious agents that might cause sickness.
Dr. Jim Lowe, who graduated from Texas A & M University College of Veterinary Medicine in 1995 and was in private practice for 18 years, is the Technical Services Veterinarian for Tomlyn, (www.tomlyn.com) an over-the-counter business focused on providing high-quality products for cattle, horses and companion animals. Headquartered in Fort Worth, Texas, Lowe is excited about the products that Tomlyn can offer cattle producers.
Dr. Lowe says, “At Tomlyn, we believe in passive immunity. Instead of vaccines, we are delivering pre-formed antibodies that can give the young calf the ability to more easily fight off these pathogens.”

The chicken and the egg
According to Lowe, the chicken and the egg are at the root of this success. You can actually trace a form of this back to the days when farms included a wide range of animals including chickens that roamed the farmyard. As they mingled with the other animals, the hens became exposed to every conceivable bacteria and disease. They would build up antibodies and an immunity, which would then be passed on through their eggs. Farmers would often mix eggs and/or yolks in the milk or supplement they fed to the calves that appeared to need attention.
With today’s advancements in science and technology, this practice has been greatly improved. According to Lowe, chickens are immunized with the antigens that most often attack young calves. The chickens then produce specific antibodies called egg yolk immunoglobulin (IgY) that will attack the pathogens that often cause intestinal inflammation and diarrhea.
Eggs are collected and the IgY is extracted from the eggs and put into a powder or gel form that can easily be added to milk, milk replacer or calf starters. Lowe notes, “This will then function inside the ‘gut’ and can prevent bacteria from attaching to the intestinal wall, slow down bacterial multiplication and inhibit toxin production that causes sickness.”
Tomlyn currently offers three key supplements for calves under the brand name EPIC: supplement for calves — Egg Protein In Complexes.

EPIC® Calf IMMUNE SUPPORT is a highly- palatable paste supplement loaded with egg proteins that provides support from day one. For absorption and benefit, give this product in the first 24 hours.
Lowe says, “The first 12 hours of a calf’s life are crucial for developing adequate initial immunity and EPIC provides additional immune support in addition to the natural maternal transfer of antibodies.”
It is vital that a calf receive colostrum and supplements during this time frame. It is vital to ensure that the calf has the ability to deal with these issues during the first few months of life and provide them with a solid platform on which to start.
Since it comes in a preloaded, single-use oral syringe, EPIC® Calf Immune Support is easy to give.

EPIC® Calf SCOUR DEFENSE helps support the calf suffering from diarrhea (scours). Dr. Lowe adds, “Versus many standard anti-diarrheal products, it also provides electrolytes, yeast and charcoal to bind toxins, healthy gut microorganisms to re-establish healthy intestinal flora, a buffering agent and an amino acid to support intestinal healing.” When calves are in a pen situation, healthy calves can be given a lesser administrative level of the formula as a preventative measure.

EPIC® Calf ELECTROLYTE is highly palatable, rapidly dissolving and has the ideal osmolality and sodium content to help calves get back on their feet fast! One of the most important components in a calf electrolyte is the buffering agent. Sodium acetate is more effective than sodium bicarbonate as it does not prevent milk from clotting in the abomasum. This allows the calf to continue to receive milk or milk replacer. It also saves the producer time because there is no need to give the electrolyte in water and then come back and feed later. It can go right into the milk in a one-step process.
“I think the key thing in all of this is the story behind the EPIC lines of products; the ability to support the animal immune system in alternative fashions to vaccinations and antibiotics.”
EPIC products are available at local feed stores. To find a dealer, visit www.tomlyn.com/our-locations. 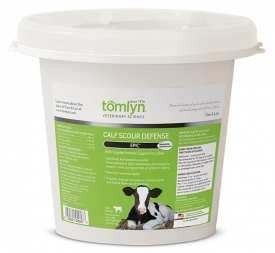 Tomlyn,® a pet health and wellness company founded in 1976, carries a complete line of scientifically-developed, veterinarian-approved pet health products. The company’s wide range of product categories range from immune support, vitamins and supplements and hairball remedies, to joint and hip support, calming aids and sanitizers. Known as the maker of Nutri-Cal® and Laxatone,® Tomlyn is owned by the ninth-largest veterinary pharmaceutical company in the world.