Partnering With Producers For Success 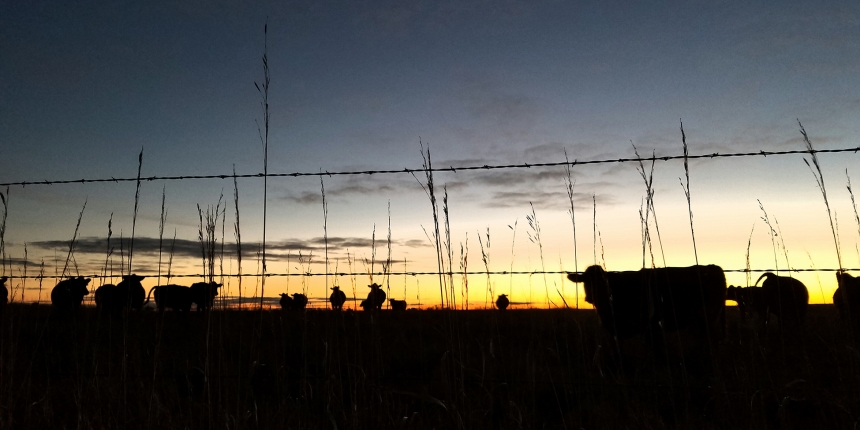 Riomax:
Feed the Best of the Best For Less!

By factoring in the high concentration, coupled with low consumption and a consumption guarantee, the bottom line is that the cost-to-feed is usually considerably less than those so-called ‘cheap tubs’ offered by reputable feed companies.
As Trevor Greenfield, founder and owner of Rio Nutrition, so often says, “Not all tubs are created equal, and that’s Ok. Ours are highly concentrated with a low consumption and a strong focus on improving digestion. While we are providing our clients with the best of the best, the Cadillac in the industry, our cost-to-feed is certainly not anything like a Cadillac price!” 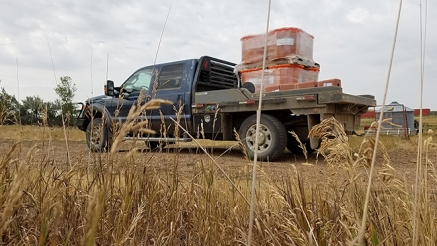 BORN OUT OF ADVERSITY AND FRUSTRATION
Even with solid growth and a product that is bringing the best of the best to the market, it hasn’t been all easy. Greenfield says, “You need to understand…it all started with a backdrop of adversity and frustration. Back in the early-to -mid 2000’s, Rio Nutrition was selling a ‘middle- of-the-road’ brand of tubs. Like everyone else out there, we competed on upfront cost. Our tubs were simply like all of the others out there, bringing no real value to our clients…absolutely zero protected (chelated) trace minerals, no digestion additives, and quite often uncomfortable situations with over-consumption…which meant unhappy customers” He adds squeamishly, “All we had to sell on was cost per ton.”
Naturally, Greenfield was not at all comfortable with this. “We were frustrated because we were feeling our customers’ pain. As an old Native American once said, ‘To know how someone feels, you’ve got to walk a moon in their moccasins.’ So, while we were the norm, we were not helping ranchers move the needle in terms of improved fertility, conception rates and calf health. There were no digestion benefits to help ranchers stretch their grass, no tools to help producers get more out of their resources, their forages, their genetics.
The pain that Rio Nutrition was feeling for their customers motivated them to think way outside of the box, and to ask themselves several “what if” questions:
“What if we created an option that was best of the best in lick tubs?”
“What if we could offer 100 percent protected minerals that actually gets into the bloodstream, and that would help impact fertility, conception rates and immune status?”
“What if we added 16 digestion enhancing ingredients (yeast, enzymes and probiotics) to increase the TDN value of the forages and help cows get more mileage out of every mouthful and every acre?”
As the “what if” questions simmered restlessly in their minds, the answers became clear. It was time to make drastic changes and do the things other tub companies wouldn’t do, couldn’t do…or didn’t want to do!
Greenfield says, “It all seemed to make sense. We created the formulas we had dreamed of, and the core changes that we made in 2006 took us right away from what was considered as acceptable in the industry. Everything was geared around results - what the ranchers wanted in terms of breed up, stretching the forages and getting more out of their land base. In feeling their pain, we built formulas to a ‘results’ benchmark rather than merely an upfront cost benchmark. What we didn’t realize is that we were in for a pleasant surprise.”

THE INTERESTING COST SURPRISE
Certainly, there were hurdles along the way. According to Greenfield, one of the drawbacks to this new philosophy was that the cost per ton was between two to three times more than the “middle of the road” product that they had offered before. Yes, it was going to be an upfront sticker shock. However, the surprise was that even though the cost per ton was more, the low, controlled consumption ensured that it WAS ACTUALLY CHEAPER TO FEED!  By using the high levels of top quality ingredients, the cost-per-day or the cost-to-feed was typically lower than the ‘cheaper’ products.  The main focus was now no longer upfront cost. Rather, it has become performance, results and, of course, a low cost-to-feed. Then based on the cost-to-feed, ranchers can figure out their cost per head per day, or per month, or per year. As Greenfield says, “Cost-to-feed is your true cost…it is where the rubber meets the road! Our job was to share our pleasant surprise with the ranching industry. It would be a no brainer to anyone watching their performance – and their dollars” 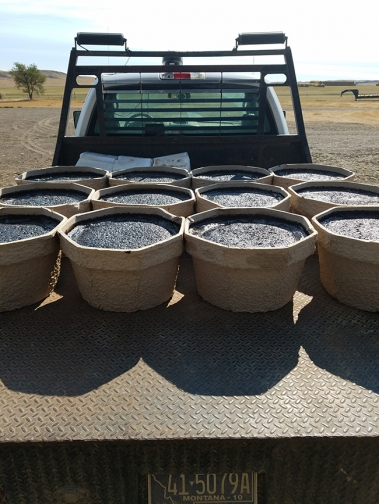 Certainly, it took time for this new concept to take hold, but steadily over the years more and more ranchers have rallied to the idea and have become loyal customers who enjoy using top-notch nutrition technology for a low cost. No complaints there. Greenfield talks about an older man, who had been involved with cattle all his life. “When the concept was explained to him he looked up at me, his old face almost expressionless, without any visible emotion and just nodded his head slowly, then shrugged, ‘Well, that’s just common sense.’” Greenfield adds with a smile, “Unfortunately common sense is not always common practice.”

LOW COST AND FREE DELIVERY ONTO THE RANCH
Riomax is the Cadillac of lick tubs, but it does not have a Cadillac price tag, enabling ranchers to be able to get their hands on the best of the best for less. Why wouldn’t you if you could be assured of better production,better performance and better profitability? “As the founder of Rio Nutrition, I am living the vision: to enable ranchers to get more out of their own resources, their forages, their grass, their land base, their genetics. And the beauty of this is, it’s not out of reach for any rancher! The price is right and we deliver it right onto the ranch, anywhere in North America.”
Greenfield empathetically shares a story one of his longtime rancher customers told. The rancher is from western Wyoming, and when things got tough and the money got tight, they looked to find ways to cut costs. With the higher upfront cost of the Riomax lick tubs, the rancher decided to switch to a so-called “cheaper” tub to reduce expense. Greenfield recounts their discussion. “Well, I asked him how things had gone. The ranch manager just rolled his eyes and said to me, ‘Terrible! I got a product that cost half of what yours cost, upfront. The cows over-consumed on this cheaper tub - a ton would last 48 hours for 300 cows (it cost six times more than Riomax would have!’) It almost brought tears to my eyes”, says Greenfield, “yet it really underscores the message we are trying to share, that Riomax is the best of the best – for less (in this case six times less!)”
When the Rio Nutrition team engages with ranchers, they want to learn what their challenges are or identify the pain points relevant for that time of year. “We offer a range of tub formulas. For instance, this time of year, ranchers might be wanting to get the cows in good shape going into winter, or wean off strong healthy calves, or stretch their forages and delay their hay-feeding-date, or lower their wintering costs…we have formulas and options that are specific and that fit these needs.” 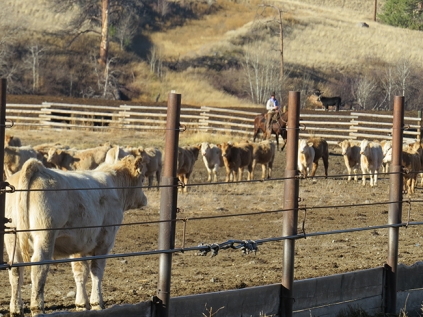 Another rancher from New Mexico talks about the Rio Nutrition team. “You are so much more than product, so much more than a company. I watch your videos, I hear you speak, and I say now there is a man that cares.”
Greenfield acknowledges this and says, “Well sure! Living in today’s fast-paced society, a family business with old-fashioned values and ethics is a rare find. Yes, we are foreword-thinking and progressive, but at the core of our business is none other than customer experience…our number one priority!”

ENABLING RANCHERS TO GET THE BEST OF THE BEST FOR LESS
Greenfield aptly describes his passion for what Rio Nutrition can do for ranchers. “My desire is to humbly serve the ranchers of North America, whether you are a commercial cattleman, a mom-and-pop outfit, or a run purebred operation… I am not in this game to be the cheapest or the most expensive, BUT I am in this game to enable ranchers to use the best of the best, for a low cost-to-feed…products that bring real value to their ranching businesses and that truly help them move the needle in terms of production, performance and, yes, profitability!”