The Most Valuable Investment in the Beef Herd - The Bull 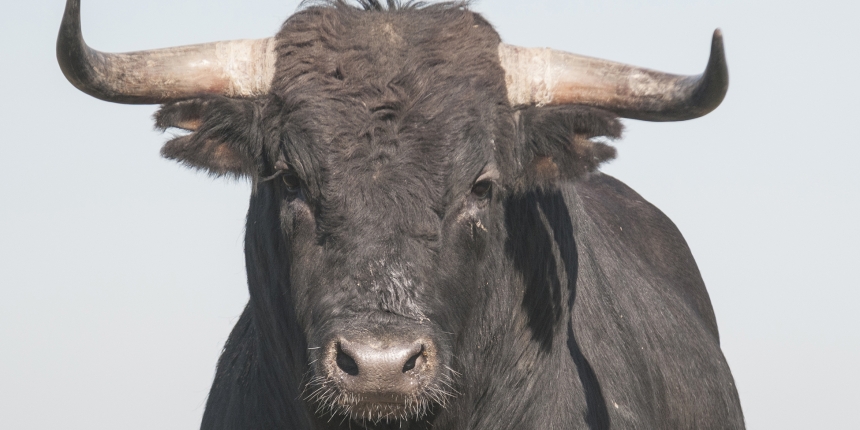 The Most Valuable Investment in the Beef Herd - The Bull

Beef producers are responsible for numerous purchases for the cattle enterprise. They often purchase feed, minerals, equipment, and other supplies that many times are promised to be the “best investment for the farm.” There is only one true investment on the farm that can live up to that promise, the bull in the pasture. If you maintain a closed herd, the genes entering the cow herd will come completely from the bulls you select. Following 3 generations of retained heifers, 87.5% of the genetic make-up of the females you return to the herd is the result of the last 3 bulls you purchased. When you consider the long term impact of the bull, you can never buy a bull that is too good.

For the beef cow-calf enterprise the sale of a live calf is the only true source of income. The sale of market cows that did not get bred or lost a calf and the sale of market bulls will generate revenue but it also reduces the capital in the enterprise. The first step in the selection of a bull is having one that will help the cow produce a live calf. To stack the odds in your favor you should select a bull with a breed average or lower birth weight and good calving ease. Following the birth of a live calf the next concern is a calf that will grow and produce the most pounds possible at weaning and sale time for the calf.

Getting the Cow Bred
Cow fertility is an important factor for getting the cows bred, but that other story for another time. Fertility in young bulls is a function of age, genetics, nutrition, and environment just to list a few factors. The only objective method for measuring bull fertility is with a breeding soundness examination (BSE). This process combines most of the components that contribute to fertility (scrotal size, sperm concentration, sperm morphology, and a physical exam of the reproductive organs) are all evaluated to develop final a score for a bull. Failure to meet specific benchmarks for any of the factors results in a BSE failure. The test has been proven to be very efficient for measuring bull fertility in the field. One major limitation to a BSE is it is only valid for the test on the day of the test for the semen collection evaluated.  Most central bull tests stations conduct a BSE on bulls to be sold through the program. There are a limited number of veterinarians available to provide an on-farm BSE. 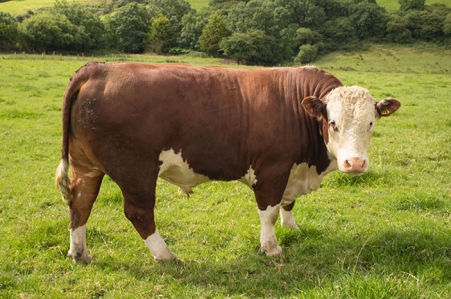 Another consideration for yearling bulls is the bull to cow ratio in the herd. Yearling bulls should probably be limited to approximately 15-20 cows depending on the size and actual age of the bull. A yearling should not be expected to service more than one cow per day. If you consider there will be at least one cow in the herd in heat every day in a 21 head cow herd, given on average a 21-day reproductive cycle in the cow this is the maximum breeding herd for the young sire. It can be increased to about 30 cows for the 2-yr old. Recent work from Colorado State University established, a mature bull should be able to comfortably service 50 cows for the breeding season. To reduce the bull to cow ratio from 1-50 to 1-40 has the same effect as purchasing insurance.  Consider the cost of the cow that has a fertile heat but is not bred until the following heat cycle the next month. In today’s calf market it could likely cost the producer upwards of $150 per calf just from the lost weaning weight.
As mentioned earlier one additional consideration is buying the bull that has a greater chance of producing a live calf. The birth weight of a calf is the single most important factor for calving difficulty. Difficult calving’s and dystocia generally result in dead calves, dead cows and/or cows that do not breed back. Using genetic information such as EPDs for Calving Ease and Birth Weight have proven there will be fewer difficult calving’s resulting in more live calves. All breed associations publish the average EPD’s for Calving Ease and Birth Weight in their population of bulls. Selecting bulls that are at or below breed average for these EPD’s for breeding young cows can prove to be very beneficial. Especially keep them below breed average if any heifers are to be retained in the herd from any cows because half of the genes for birth weight are supplied by the dam.

Getting More Pounds
At the current price of calves, the day of buying just any old bull from the sale barn must come to an end. This is most likely the most expensive bull a producer can buy. Given the absence of performance records, you have absolutely no opportunity to either reduce your risk for calving difficulty or increase calf growth and performance resulting in heavier calves at weaning. The technology and information available for selecting breeding cattle is such that there is no reason to buy inferior bulls. Expected progeny differences (EPDs), performance records, and genetic markers are all available to use for bull-buying decision. Consider this example of using EPDs to select two bulls:

These EPDs tell us that, when bred to an average group cows, Bull A will wean calves that are 20 pounds heavier than Bull B, and both will have the same average birth weight. If we use these bulls on an average of 40 cows over 4 years and wean 95% of the calves, we will expect Bull A to wean 3040 more pounds of calf. At $2.25 per pound, that is $6840 more value over the life of the bull. Considering the return on investment $2000 bull actually costs $4800 more to own than the $4000 bull when you consider the value of the calves. Actually consider bulls are only “rented.” For the initial investment cost of $4000 for a bull that is later sold for $2500 when he is marketed after just 4 years of service, the cost to breed each cow in the herd  for the 4 years just considering the purchase price is only $9.38 per cow.
While making the decision to buy a bull, set the goals for the herd, identify bulls with the genetic potential to reach those goals, disregard any bull without known genetic information, then select a bull based on the breed, phenotype, or other criteria you require. It will truly be the most important investment you make for the cow herd.

On Target Tips  Let’s Start The New Year At...

Gone are the days when the bucking bull was the...