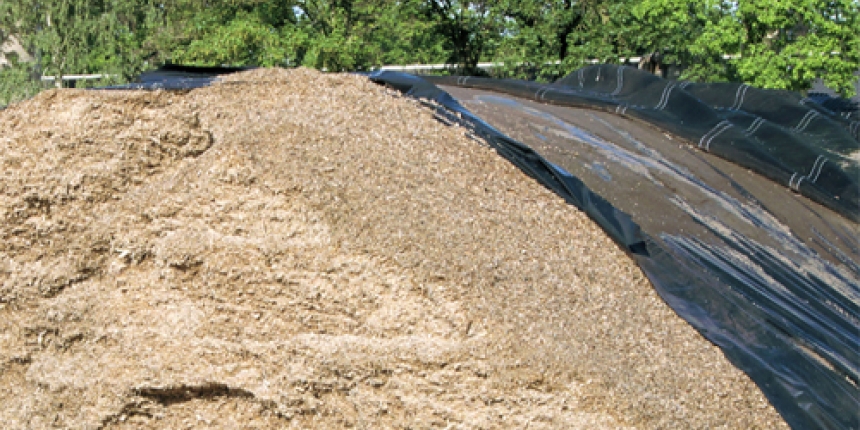 The 2011 harvest season is here, and many cattle producers are now reaching the bottom of last year’s crop in their silos or pits, however they may want to consider the quality of that silage before they feed their herds. While last year’s harvest appeared to be cleaner than the previous year’s crop, some producers are finding that after it was all packed and stored away, it wasn’t as safe as it seemed.

According to the site www.knowmycotoxins.com, the amount of mycotoxins in contaminated silage samples increases as the ensilement method changes from airtight, upright silos to concrete capped and uncapped silos. The highest forage concentrations of mycotoxins are found in horizontal storage methods such as bunker silos and feed piles which are left open to oxygen.

In a plastic covered storage system, oxygen penetration is slowed but not eliminated. The longer the silage is stored, the greater the opportunity for significant fungus growth and mycotoxin contamination.

Silage and stored feed are perfect energy sources so producers, nutritionists, and veterinarians should be aware of storage molds, particularly the Penicillium species, because of their ability to impact rumen function. Since a test is not commercially available currently to test for Penicillium mycotoxins, running a mold test and identification can be a useful way to identify the presence of these molds.

While ensiling and storage management are key to minimizing the presence of Penicillium, all the typical factors such as forage type, dry matter, chop length, packing density and feed-out management are important areas to focus.

Mycotoxins can have acute,as well as chronic effects on cattle. Good examples of acute effects include the possible role of T-2 toxin in HBS (Hemorrhagic Bowel Syndrome) as well as exposure to ergot alkaloids from tall fescue and rye grass. Though the mortality rate is very high in acute mycotoxin cases, this seldom happens in the field. Chronic effects of mycotoxins, due to long-term ingestion at low levels, are a more common situation. Reduced weight gain in beef cattle is one example of a chronic effect.

Once feed is contaminated there are no cost effective options currently available to remove the toxin from the feed and it, therefore, has to be fed.  With this in mind the use of an appropriate mycotoxin adsorbing product can help to minimize the negative effects on the animal.

There are two types of adsorbents: silica-based polymers and carbon-based organic polymers. Silica-type materials are readily available and many have shown to be effective against aflatoxins, but ineffective against other types. An organic glucomannan polymer extracted from the cell wall of the yeast cell, is a natural fiber source and can often be used at practical levels of inclusion against several mycotoxins.

For more information, visit www.knowmycotoxins.com or call the Mycotoxin Hotline toll-free at 866-322-3484.