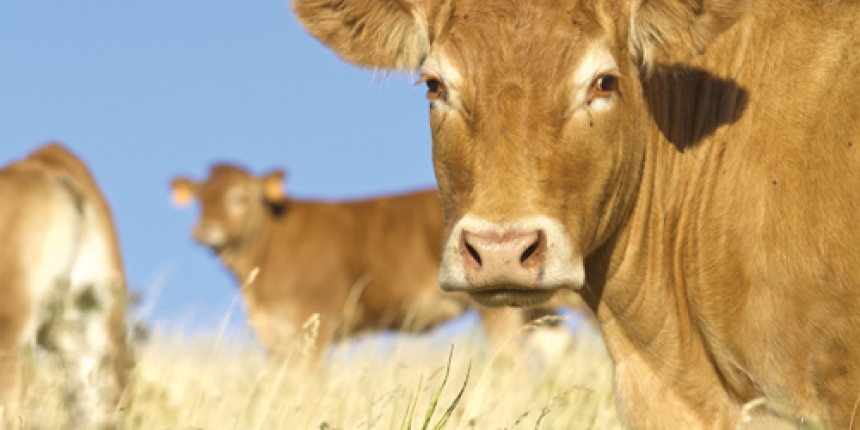 Assuming more rainfall comes to the Southern Plains states in the weeks ahead, wheat pasture is likely to be a key source of protein and energy for cow herds by late November and early December.     Nathan Anderson, Payne County Oklahoma Extension director and agricultural educator, said limited grazing of wheat pasture has proven to be one of the most efficient approaches for using this high-quality forage with mature beef cows.

“The protein requirements of a dry cow can be met by allowing her to graze on wheat pasture for one day and returning her to dry pasture grass or hay for the subsequent two days to three days,” he said. “A pattern of one day on wheat and one day off should meet the protein needs of the same cow after calving.”

It is important that adequate forage be available in the dry grass pastures or in the form of hay to provide much of the energy requirements of the cows during the “off” days.

Anderson said the “day on wheat pasture” should be defined as the amount of time required for the cow to graze its fill of wheat forage – three to five hours, typically – rather than 24 hours. This short time on wheat allows the cow to gather adequate amounts of protein to carry the animal over the ensuing days on dry grass or hay.

“A three-to-five hour grazing limit helps to avoid the unnecessary loss of valuable forage due to trampling, bedding down and manure deposits,” Anderson said.

Given typical weather conditions in the fall, enough wheat forage should be accumulated by late November to early December to supply the protein needs of up to one-and-a-half cows per acre throughout the winter months when limit grazing is practiced. However, producers will need to examine their pastures because local conditions will vary.

Glenn Selk, Oklahoma State University Cooperative Extension emeritus livestock specialist, cautions that cow-calf producers who decide to use continuous grazing programs should watch out for the possibility of grass tetany.

“Grass tetany will normally strike when older cows are grazing small grain pastures in the early spring; the danger will tend to subside as hot weather arrives,” he said.

A mineral-deficient condition primarily caused by calcium, and to a lesser degree to magnesium, is thought to be the major factor that triggers the disorder. Grass tetany normally affects older cows that are nursing calves younger than three months of age. Dry cows are seldom affected.

“When conditions for the occurrence of grass tetany are suspected, cows should be provided mineral mixes containing 12 percent to 15 percent magnesium, consumed at a rate of three ounces to four ounces per day,” Selk said.

Selk reminds producers that it is best for the supplements to be started a couple of months ahead of the typical period of tetany danger, so that proper intake can be established.

“Given that grass tetany also can occur when calcium is low, calcium supplementation should be included as well,” he said.

Symptoms of grass tetany from deficiencies of both minerals are indistinguishable without blood tests.

Colostrum management is the critical link in...