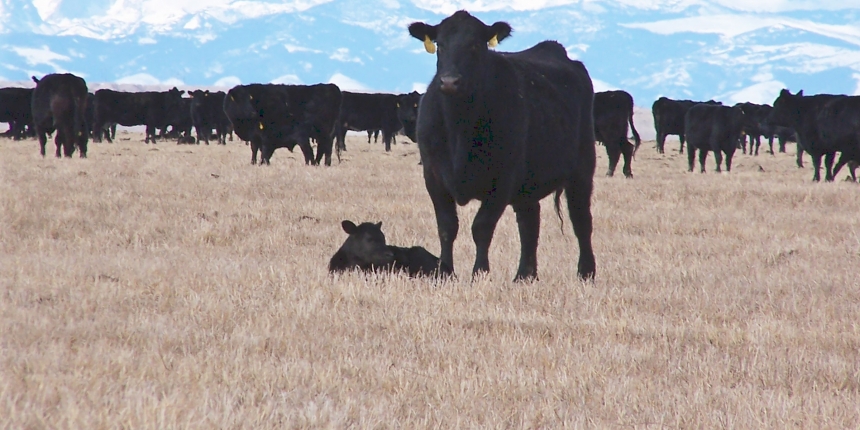 Jim Jensen’s great-grandfather came from Denmark in 1895, homesteading near Boulder, Wyoming. “We’re above 7000 feet, usually the coldest place in winter, and one of the toughest places to make a living in the cattle business,” Jensen says.

The ranch had Herefords at first because no other breeds at that time could handle it.  Later he bought Angus, and eventually registered cattle, selecting and raising them different than most purebred breeders. 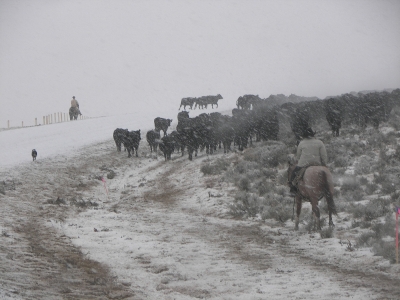 “Cattle must be at higher elevation for at least 70 days before testing—at 7000 feet or above, for an accurate test. We run our bulls at 7600 feet for 120 days prior to testing, and the tests have maximum accuracy.”

Jensen started feed-efficiency testing 20 years ago--using vertical mixers.  This doesn’t test a specific animal but can show how a herd did this year versus last year, on the exact same ration.  “Actually, we were feed-efficiency testing all along by running cows in extremely difficult conditions where grass was sparse.  Cows that weren’t efficient didn’t get pregnant and fell out of the program,” he explains.

This year he decided to focus on “environmentally-friendly” beef, knowing that many people believe in global warming.  “Regardless of reality, this trend is not going away; we must tell people we have environmentally-friendly beef.  Our ranch data proves we have cattle that are 30% more feed efficient—and will create less greenhouse gasses and smaller carbon footprint,” he explains.

“With high-elevation PAP test and hardiness in our cattle, we have less sickness and death loss because of how we’ve selected and raised these cattle.  There is less need for antibiotics, less need to put cattle through the chute, and better over-all animal husbandry.  We’re trying to help consumers understand this, with our Environmentally-Friendly Beef brand.  We want people to know that our cattle help them fix the planet.  People need to have beef, to survive.”  These animals can be raised in terrain that can’t grow crops for human food; people won’t have enough food without livestock turning grass into food.

“We want to do our part, and change the aura of the beef industry so the people who hate us will start loving us.  We don’t have ‘bad’ cows that ruin the environment.  We have new cattle that will save the world. We can change perception of our industry in a positive way, and there’s a huge market for environmentally-friendly beef,” he says.
“Everything we’ve done has been to create cattle that make more profit for our customers and we offer the nation’s only 4-year guarantee on the bulls we sell,” he says.

These cattle dominate for profitability on the ranch and in the feedlot because of their feed conversion, low cost of gain and carcass traits. Now his goal is to brand the name “Environmentally-Friendly Beef.  “For several years we wanted to run with this but were afraid it would drive off some of our bull customers.  We finally launched it a few months ago, however, and response has been great.