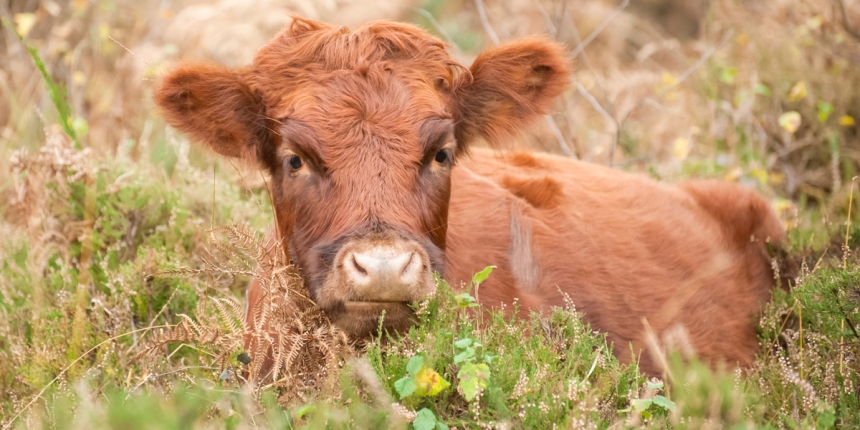 As you read this, the annual fall calf run will have begun, and the annual migration of recently weaned calves from grassland to a feeding pen or feedlot will be underway. It is well established that this is the riskiest, and perhaps most important, phase in beef production due to the challenges of getting stressed calves on feed in a feedlot environment, and the subsequent death loss when this does not go well. This article describes advanced methods that are being used in the cattle feeding industry to get calves on feed as quickly as possible in order to minimize body weight loss and maximize response to vaccination programs, to ensure optimal immune function and defend against exposure to diseases within the feedyard.

Stress decreases immune function and intake: The stresses of weaning, co-mingling, transportation, time off feed, and introduction to a strange environment and unfamiliar feeding methods and feed ingredients, combine to predispose calves to high levels of respiratory and other related diseases, and subsequent death loss. These stressors both weaken and challenge the calves’ immune systems, and also suppress appetite. When otherwise healthy calves are weakened by inadequate intake and weight loss, they become more susceptible to new infections and illness within the feedlot.

Intakes of calves starting on feed: Research has shown that it can take as much as three weeks before all the calves in a pen are eating. Consequently, it is best to manage receiving calves from the perspective of those that are having difficulty adapting, as opposed to those that are eating well. For example, we may be happy that a group of calves have reached a dry matter intake of 1.5% of body weight on hay by one week, but this likely means that half of the pen is eating 2.0% of body weight or greater, while the other half is eating less than 1.0%, and continuing to lose weight. The objective of a good receiving program should be to get all animals eating a minimum of their maintenance requirement as soon as possible after entering the feedlot. This usually takes specialized feeding.

1. Provide cues for location of water and feedbunk: To eat, calves first have to drink. Calves unfamiliar with pens have a tendency to circle the pen, and take an extended amount of time to locate the sources of water and feed, despite their need.

Water: Taking advantage of the circling behavior, the source of water can be indicated by letting the waterer run over for a period of time so that it makes noise, and perhaps a temporary wet spot on the edge of the pen. Some producers add a shallow water trough placed perpendicular to the waterer into the pen to catch the water. This provides a double benefit: something for the calves to bump into and inspect, and for many, a more familiar source for water.

Feedbunk: Many calves entering a feedlot may have never been fed from a feedbunk and will be unfamiliar where to locate feed, and often fearful of approaching the front of the pen where there is often unfamiliar traffic and people. Having the feedbunk over-full with a highly palatable grass or grass-legume hay before the calves enter the pen will help teach the calves that the source of feed is the feedbunk, by using the most familiar feed for most calves. This effect can be enhanced by dragging lines of hay 10 to 15 feet into the pen from the feedbunk so that calves are likely to run into it as they initially circle the pen. While commonly done, it is not generally recommended to place free choice hay within the pen, and especially not at the back of the pen, as this delays adaptation to the feedbunk.

2.  Avoid unfamiliar feeds: Calves are wary of feed ingredients they have not experienced before, especially fermented feeds such as silages, or other wet byproducts that have strong or unusual flavors. Grazing research has shown that calves learn what to eat by following the example set by their mothers. Thus, if a calf has not experienced a certain feedstuff with its mother, it is likely to have an aversion to feed containing such an ingredient when it is first encountered, and dry matter intake may be inhibited until adaptation has taken place. The probability and magnitude of such a response increases as the concentration of the ingredient in the ration increases. It is therefore helpful to refrain from introducing fermented forages and other potentially novel ingredients and byproducts too early in the receiving program.

3.  Provide a receiving ration: Receiving calves need a minimum amount of nutrients to support maintenance functions, but intake is depressed. Thus, providing only hay, or a very high forage diet, ensures a prolonged period of malnourishment. Alternatively, most ruminants can tolerate quite well rapid introduction of concentrate feed up to one percent of body weight. A receiving ration is formulated from dry grains, byproducts, protein supplements and mineral and vitamin premixes such that it provides the full maintenance requirements of the calves in about 5 to 6 pounds. On arrival, about 2 pounds per head is placed under the hay in the feedbunk, for the first day’s feeding. As this is cleaned up, the amount per head per day is increased until the animals are eating the full five pounds per head per day while a starter-grower ration is introduced.

In an ideal program, loose hay will only be fed the first day, if at all. A practical and cost effective alternative is to provide chopped hay with a vertical TMR mixer when used as part of an overall receiving-grower program. On the first day, only small amounts of long hay may be needed or useful to attract the calves to the feedbunk. During subsequent days, the receiving ration can be mixed with processed hay and/or other ingredients, as appropriate, as pen intake increases.

4.  Use a concentrated starter-grower ration: While the receiving ration is being fed to establish initial intake, a starter grower ration can be introduced to adapt the calves to new ingredients such as fermented feeds, and transition the calves to one of the standard growing rations of the feedlot. The recommended starter grower ration will be about 50% forage and 50% concentrate on a dry matter basis, and not contain any excessive levels of strongly flavored silage or wet by-products. Corn and barley silage based rations tend to work well, but keeping the hay content high for a period of time works best.

For best results, the receiving ration, or a receiving ration-hay mix, is fed along the entire, freshly cleaned bunk first thing each morning. Then, after the calves have been given ample time to consume the ration, the starter-grower ration is introduced along part of the bunk in an amount intended to be consumed by feeding time the next morning.

5.  Minimize Disturbances: Until they have become adapted to their new surroundings and the day-to-day activities around their pens, recently received calves will be disturbed and put off eating by any new activity, handing and equipment they encounter. It is therefore helpful, if all pen preparations, including water setup and the first feeding, are done before the animals enter the pen. They are then best left undisturbed for as long as possible, including being watched from a distance, until they settle in. Some producers will even delay processing young and otherwise hard to start calves for up to one week to ensure they have time to adapt and start eating to decrease initial stress and increase the response to vaccinations. Essential functions such as feeding and pen checking should be done as quietly and unobtrusively as possible, and all other unnecessary activities around the pen should ideally be minimized during the first week.

There are many successful ways to start calves on feed, but most have these principles in common: calves are handled gently and quietly, water and feed sources are easily identifiable, only familiar feeds and higher energy rations are used to begin with, and disturbances are kept to a minimum — Because Nutrition Matters.™

It’s no secret that replacement heifers are... 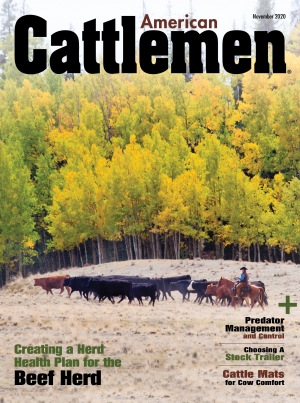 This issue brings you: How Do I Know When it's Time to Harvest my Corn for Silage?Manure Handling Systems - Many OptionsTemporary Fence Repair is a Must!Strategic and Scientific bull SelectionFence Energizers with...
view all issues