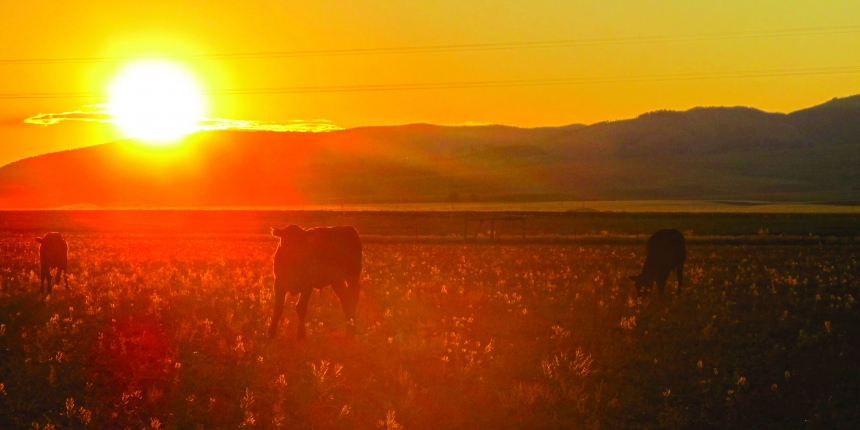 A Powerful Tool to Increase Profitability

Cattle producers are always searching for answers to the question, “How do I improve my bottom line?” It’s a difficult question to answer, especially if, as a producer, you are making the decisions all on your own. The good news is there are organizations out there now that can offer cutting-edge tools to provide commercial producers with a wide range of data that focuses directly on the needs of the producer.

International Genetic Solutions (IGS) is an unprecedented collaboration between progressive breed associations to enhance beef industry profitability. IGS is an outgrowth of listening to the commercial industry that began in 2010 when the American Simmental Association and the Red Angus Association of America came together to better support the profit goals of beef producers. Today, IGS is a collaboration of 12 progressive breed associations that have put self-interest aside to focus on the needs of the commercial cattle producer.

These breed associations include: Red Angus, American Chianina, American Shorthorn, American Maine-Anjou, American Simmental, American Gelbvieh, Canadian Angus, Canadian Gelbvieh, Canadian Limousin, Canadian Simmental, Canadian Shorthorn and the North American Limousin Foundation. Will Townsend, Montana cattleman and Director of Commercial and Industry Operations with the American Simmental Association, is truly excited about what IGS is already doing for the cattle industry. “The goal is to promote good genetics and good breeding practices throughout the cattle industry,” says Townsend. “With over 16,000,000 total animals and 340,000+ new animals added annually, IGS has the largest multibreed genetic evaluation system in the world and it gives commercial producers the tools to help them achieve the greatest profitability possible.”

The goal of IGS is to provide genetics and genetic selection tools that maximize profit. This industry-leading partnership has made IGS the largest and most powerful genetic evaluation in the world. Its multi-breed capability is tailor-made for cattle producers who are serious about profit. The IGS and its collaborators have used science to develop the world’s most useful EPDs and profit-driven selection tools. This cooperation has allowed for unmatched research and industry-focused science. This large database and science-based research provides the best opportunity for commercial cattlemen to maximize profit through genetics. 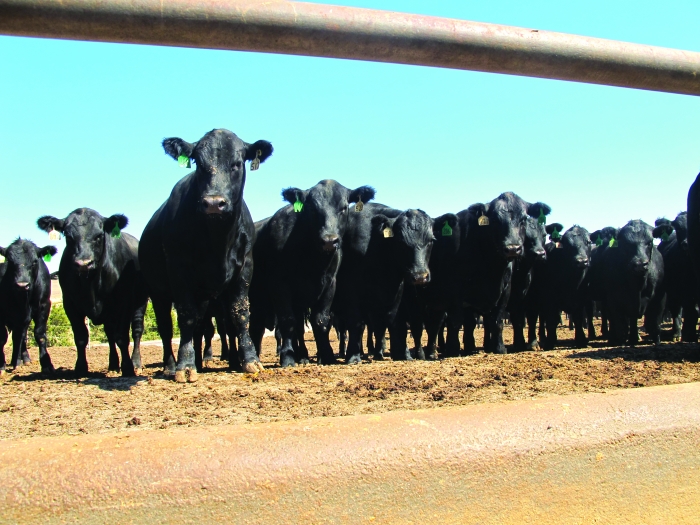 For many producers, selecting replacement heifers or making culling decisions has always been limited to being able to evaluate females phenotypically or by a simple gate cut. Obviously, there wasn’t much science involved. Today’s use of EPDs and economic indeces help producers collect extensive data that can help them make a sounder decision. A professional genetic valuation through IGS allows for the most accurate selection decision and also provides on-line databasing and herd management software services.

Townsend says, “With our herd, we chose crossing ½ Simmental with ½ Angus. The first generation cross obviously offers the greatest change. Crossbreeding allows us to maximize the efficiency and effectiveness of the breeds. We find that by crossbreeding, we can achieve a hybrid vigor that we couldn’t achieve with a purebred animal. With all of the data, producers can choose what characteristics they want from their breeding program: high fertility, good weaning rate, high survivability, calving well, increased marbling, yield grade and weaning weight consistency. . .it comes down to what they want.” 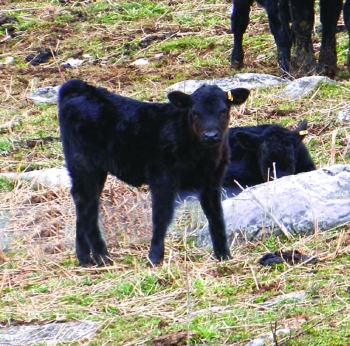 J. DAVIS CATTLE (NORTHEAST SOUTH CAROLINA) Joe and Mandy Davis both grew up on farms, and even though Joe earned a Chemical Engineering degree from Clemson and worked for Duke Energy for 30 years, they continued to spend as much time as allowed working cattle on the family farms. Then in 2001, when Joe retired and both of their parents retired from the beef cattle business, Joe and Mandy decided to become fulltime beef cattle farmers.

Joe says, “Currently, we graze about 470 acres total in six different locations within a two mile radius here in northeast South Carolina. We began with 15 cows back in 2001, and this past fall we AI bred 134 cows and 50 heifers.” Davis operates cow-calf, stocker and replacement heifer development. “We retain ownership of the calves to harvest and rely on our feedlot partner to properly feed and market the calves.” What has made a difference in the quality of the cattle Davis raises is the use of a three-breed rotation to capture as much heterosis or hybrid vigor as possible.

The breed rotation includes Angus (English breed) Simmental (Continental Breed) and Brangus (partly Zebu breed). What this three-breed cross has done is bring the marbling of the Angus, the vigor, longevity and lean meat of the Simmental and the mothering instincts and disease resistance of the Brangus. According to Davis, just this past week, “we got carcass data back on 59 steers fed out at Cow Camp Feed Yard. We had 98.9 percent choice or better with six primes. That is a real testimony to our three-way cross.” To help with the consistency of the three-breed rotation, Davis has only one breed of bull used at each farm. All females on the home farm are bred with Simmental bulls, at two other farms, the Brangus bull is used and at the final farm, the Angus bull is used.

“This is what works for us,” says Davis. “No matter what a producer chooses, though, it is important to come up with a plan and stick with it. We have found it takes six years from the time you start the first breeding before you get a female back to the first circle.” At the same time, Davis notes the importance of establishing the criteria that you want to have come from this cross breeding program. Record keeping is extremely important for Davis. The sire, grandsire and great grandsire of every calf are documented at calving based on breeding records. The female is bred (AI and natural service) to the breed of her great grandsire (the breed that she is least related to).

REX RANCH (NEAR ASHBY, NEBRASKA) Chip Ramsay, general manager of Rex Ranch, agrees with Davis about establishing a goal for the breeding program. “We actually have more of a composite breeding program with ½ Red or Black Angus, ¼ Simmental and ¼ South Devon (largest of the British native breeds).”

Although they are still striving for heterosis, Ramsay says because of the way they graze, they need more simplicity, and he acknowledges they are giving up a little bit on the genetics, but it meets their overall plan. “We will run larger 700 to 900 pair herds and can get by with one type of bull, and it also lowers our labor needs. We don’t have to separate a certain number of cows with one bull, and another group with a different type of bull.”

Dr. Wade Shafer, a trained geneticist, has been with the American Simmental Association for the past 12 years and now serves as their Executive Vice President. He has been an integral part in the development of IGS. He is especially enthusiastic about the fact that so many breed associations have been willing to put their differences aside to collaborate to more effectively service their ultimate customer — the commercial producer. Shafer says, “There is no question in my mind that the commercial industry is much better served by breed associations working together. Nevertheless, in the breed association world, the level of collaboration has traditionally been somewhere between barely breathing and dead.

That said, few if any commercial producers would disagree that our industry would be better served through increased levels of collaboration. IGS is simply an outgrowth of listening to the commercial industry.” Commercial producers are in business to make money and as Shafer notes, science has irrefutably established that when it comes to commercial breeding programs, nothing has the potential for a more powerful impact on profit than crossbreeding.

From that fact, it follows that producers would be best served by organizations that put great effort in encouraging and facilitating the use of crossbreeding — organizations that do their level best to ensure that producers have access to a number of viable breeds and the means to assess those breeds’ contribution to a crossbreeding program — which is exactly what IGS delivers.” Cutting edge technology is great, but it must be understood and used. “That is the purpose of IGS. “We are here to help all cattle producers and will work with each individual producer to reach their goal, to even help them clarify what their end goal is if they want,” says Schafer. Interested producers can learn more about IGS by going to their website at internationalgeneticssolutions.com.