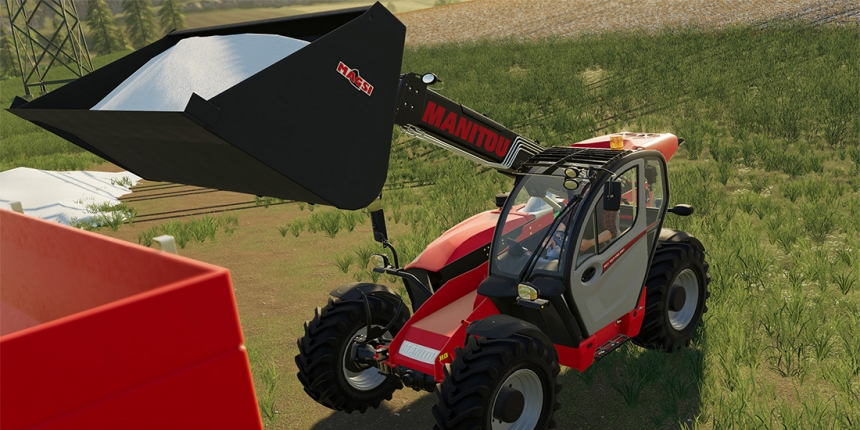 Manitou Group teams up with video game Farming Simulator 2019
Manitou Group, a world leader in rough-terrain handling, has signed a partnership with "Farming Simulator 19", the online video game with the largest community of farmers in the world. With three models incorporated into this version, the group is presenting its latest telehandlers and forklifts in a new and fun way, while at the same time enhancing brand awareness. Farming Simulator 19 will be on sale from November 20, 2018.
The famous farming simulation game created by GIANTS Software will now include Manitou solutions. The group affirms its position as a legitimate player in this benchmark game, with user-oriented solutions in terms of comfort, performance and profitability. Three new models representing three quite distinct ranges will be appearing: the MLT 737-130 PS+ telehandler from the NewAg range, the MLA-T 533-145 V+ articulated telescopic loader, and the MC 18 model, the first rough-terrain forklift to be included in the game.
The group wants to introduce its recent models to a wider audience by reaching all generations. "Farming Simulator is the favorite video game of farmers today, with over 15 million copies sold in 10 years. It is exciting to be able to show off the features and benefits of our solutions (machines, options, and attachments) in highly realistic environments. Our aim is to promote these models through Farming Simulator, while offering players the opportunity to come and see the machines "in real life" when they are exhibited at trade shows," explains Arnaud Sochas, Product Manager of the agricultural range.
Thanks to this partnership, the group will be able to contribute its latest innovations and even expand the represented product range within Farming Simulator in the future. In addition, the Manitou group's booth will include a game demonstration area during upcoming international trade shows such as SIMA in Paris in February 2019.
The publisher explains why he was interested in adding these three new machines to the simulations: "The Manitou group has established an international reputation in the handling sector. It was important for us to be able to represent them in this new edition. These three models offer a very wide range of applications, which will obviously make all our players very happy," says Thomas Frey, Creative Director, GIANTS Software.

Check out a vide preview at https://www.youtube.com/watch?v=29e9xn5EGzs&feature=youtu.be

The Innovation
The DynaTrac® interface is positioned on the tractor rear hitch. It slides laterally, controlled by the guidance system (GPS or camera) to ensure a rear implement positioning with an accuracy close to one inch. It allows decoupling of the implement’s motion from the tractor’s one. This eliminates constrains on the implement which eases its positioning and improves tracking of tractor’s trajectory. It has been proven beneficial both on flat and hilly fields. 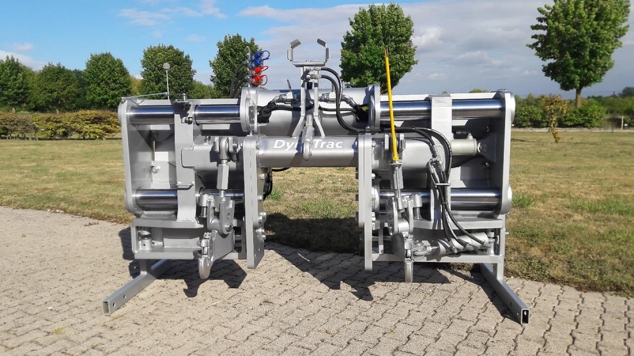 Benefits
Efficiency: a DynaTrac® interface coupled with a guidance system (GPS or camera) allows farms to instantly get ready for precision farming with their current range of implements and the ones to come.
Simplicity: the user only needs to understand and set up one kind of interface instead of a specific one for each implement.
Savings: Compatible with all tractors and all implements in the marketplace, the DynaTrac® adds the guidance function to standard implements. It is an economical solution instead of buying an implement-dedicated guidance function on each implement.
Agronomy (some examples):
• Strip-till implement guided to only till area to be seeded, allowing to reduce fuel consumption and limit soil disturbance. Place seeds at a later stage accurately by guiding planter with DynaTrac® as well.
• Planting with regular spacing between rows on the whole field allowing:
o Mechanical termination of weeds (cultivator). Possibility to work even at early / late stage of plant growth, in windy or in poor light conditions because of GPS signal.
o Harvest optimized and fast with no guess rows and harvester guided by seeding line.
• Efficient bedding and planting of vegetables- thanks to accuracy preventing overlaps and poor positioning which generate yield losses.
• Fertilizer applied as close as possible to the roots, whatever the growth stage of the plant. Savings for the farmer and decrease of fertilizer application rate positive for the environment.
• Drip irrigation:
o allows to position irrigation tapes precisely and then plant close to them to boost yields while limiting water consumption.
o allows subsequent operations without damaging irrigation tapes grids.

About Laforge
LAFORGE has a strong innovation culture with many SIMA awards (1981, 1985 1993, 1995, 1997, 2005, 2007, 2011). The latest one is a Gold Medal for 2019 edition which will occur in February. LAFORGE is an independent family-owned company which headquarter is located close to Reims, France. It has been a leading company on tractor – implement interface market for close to 40 years and achieved growth rate of more than 10% per year lately.
LAFORGE also has a manufacturing subsidiary in Iowa, USA and is very international with more than 80% of sales outside of France, in more than 50 countries.

CLAAS of America Breaks Ground on New On-...