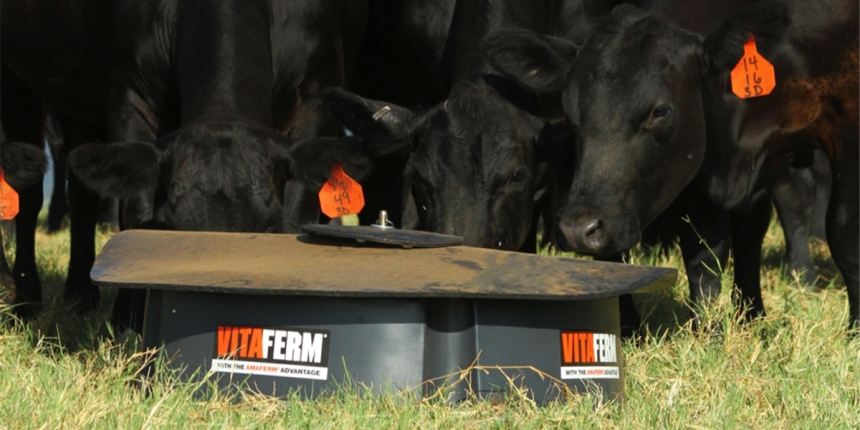 Don’t Stop Supplementing
Supplementation programs should continue to be important building blocks for cowherd nutrition programs even during belt tightening times. It is during these lean times that getting the most ‘bang for your buck’ becomes even more critical when selecting which, how much and what supplements to feed.

The cow operations that continue using solid supplementation programs, regardless of the state of the cattle market, will be making management decisions that produce profits, said Twig Marston, Technical Sales Field Manager at BioZyme Inc.

“It has been repeatedly proven that proper mineral, feed additive and protein supplementation will economically increase beef production,” said Marston. “Supplementation has also been proven to increase the pounds of calves weaned through improved reproduction and increased weight gains.”

A 2016 Journal of Animal Science article reported that the treatment for bovine respiratory disease in feedlot calves was reduced by 50% when their mothers were supplemented in the last trimester with organic trace minerals, he said.  “Research also continually shows that increasing forage digestion unlocks dietary energy and protein that allows cows to increase body condition score, return to estrus faster and improve pregnancy rates,” he said. “If we would shop for supplements like we shop for television viewing packages, we would be looking for bundles of service, packages that put several items together for the best value. It should be the same with nutritional supplements for cows.”

“The increase in digestibility lowers the dependency on the amount of protein supplement often required and increases the energy and protein derived from the diet,” Marston said. “VitaFerm supplements contain the appropriate type and amount of mineral, organic trace mineral and vitamin fortifications to balance diets; ensuring cow herds will remain productive, healthy and fertile. VitaFerm products give producers a cost effective ‘bundled’ supplement program.” 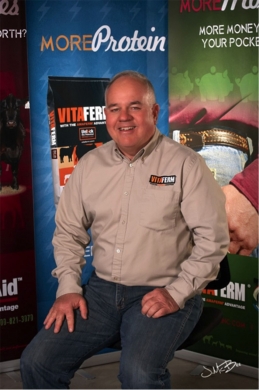 BioZyme® Promotes Ken Gillig
BioZyme® Inc., manufacturers of natural supplements for a variety of livestock, has promoted Ken Gillig of Aurora, MO to Key Accounts Manager in the Supplement Division.  In his new role, Gillig will be responsible for growing the key BioZyme accounts which provide coverage across multiple states and play a significant role in the growth, expansion and customer loyalty of BioZyme and its products. He will also identify and secure additional key accounts in areas not currently represented, continue to promote significant growth within the Supplement Division and increase nationwide access to Supplement Division products.

Gillig said he plans to tap-in on his 34+ years of experience feeding BioZyme products to his own cattle and working directly with producers and feed dealers to help them realize the benefits of using BioZyme’s products. He will also work to foster closer engagements between BioZyme’s sales team and the key account sales teams, plus partner with BioZyme’s marketing team to implement a pro-active marketing plan for the key accounts. Networking directly with feed dealers across the country, Gillig will work to identify new dealers that will benefit both BioZyme and its customers, while networking directly with feed dealers across the country to discover which suppliers they are working with to obtain feed products.

“As the Key Accounts Manager, Ken will champion the coordination needed to build long-lasting relationships with our key growth partners and their teams to ensure we support their desired success,” said Lisa Norton, vice president of BioZyme.

Sponsored by PERC, the program provides financial incentives to qualifying and selected farmers who purchase propane-powered farm equipment in exchange for sharing real-world performance data. The program is designed to help farmers experience the benefits of propane technology while helping offset the upfront costs of new agricultural equipment.  “If you’ve been considering the purchase of new, highly efficient propane-powered equipment, now is the time to move forward to ensure optimal savings,” said Cinch Munson, Director of Agriculture Business Development at PERC. “We have a limited number of incentives still available for 2016, and now is the optimal time to make those purchases and save as much as possible in the process.”
The 2016 Propane Farm Incentive Program provides $300 per liter of fuel displacement for propane-powered irrigation engines as well as $1,500 for qualifying generators and $2,000 for qualifying agricultural heaters.

In 2017, the current application process (available online at www.propane.com/farmincentive) will be replaced with a limited number of application packets available to interested participants through equipment dealers and distributors. Additional details regarding the 2017 Propane Farm Incentive Program and available incentive amounts will be announced soon. 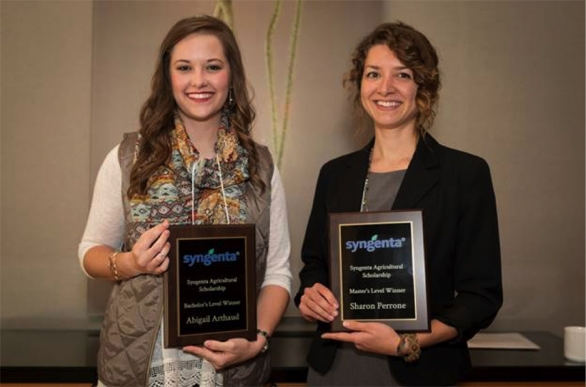 “The advancement of agriculture is contingent on its future leaders,” said Mary Streett DeMers, senior communications lead, Syngenta. “We are happy to have found two students who have been inspired to pursue careers in the industry, and to honor them and those who sparked their passion.”

Perrone and Arthaud received $1,000 in regional awards and $6,000 in national awards to assist them in meeting financial obligations and ultimately realizing their educational and career goals.
“Sharon and Abigail are motivated and deserving, and it is a pleasure to present the two of them with the Syngenta Agricultural Scholarship,” said DeMers. “We’re looking forward to seeing where their promising careers take them as well as how they will pay it forward within our industry.”

In her essay, Perrone describes her first time working on a farm, the development of her relationship with her teacher, who also served as a mentor, and how it inspired her to pay it forward. “Participating in this contest enabled me to powerfully reflect on the central role of the selfless people that supported and guided me along my path of self-discovery in agriculture,” said Perrone. “It forced me to consider my role as a mentor and future educator, and I look forward to further exploring what it means to teach and support others in becoming agents of positive change in the food system.”

Raised on a farm, Arthaud said she is continually amazed by the level of patience that her father possesses. Her essay focused on how his character shaped her perspective of agriculture and influenced her desire to tell the stories of farmers around the world. “It is both humbling and an honor to be chosen as the national scholarship award recipient,” said Arthaud. “Receiving this award encourages me to continue to pursue a career in ag communications and become an advocate for agriculture.”

For additional information about the winners and the scholarship, please visit www.Syngenta-US.com/Scholarships.