Hormone Implant Use in Beef Cattle 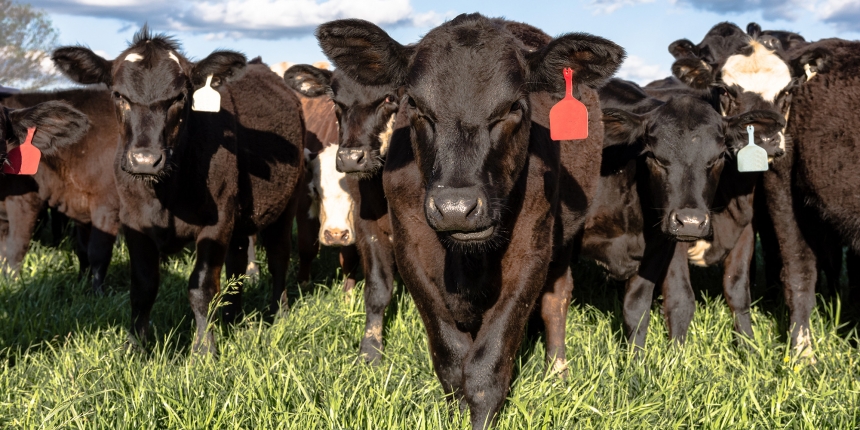 Hormone Implant Use in Beef Cattle

Implants are slow release growth-hormone pellets that are licensed for insertion into the ear of steers and heifers to improve feed efficiency, muscle growth and liveweight gain. Implants have been available for several decades now, and have relied on both natural (estradiol, progesterone and testosterone) and synthetic hormones (zeranol and trenbolone acetate). Zeranol mimics the effects of male characteristic hormones such as testosterone. Trenbolone acetate mimics female hormone characteristics, such as estradiol and progesterone.

Hormone implant use has dropped considerably over the past twenty years, from a high of 65%  to 70% of producers using implants, to today’s current usage rates of just 30%. Public perception of hormone use and also producer concerns of implanted cattle being discounted at the sale barn have been attributed to the decrease in hormone implant usage. However, studies have shown that there is actually no price difference between implanted or non-implanted cattle of similar quality. This is because there is no decrease in carcass quality or animal performance in later life after implanting. In-fact, hormone implants can have an excellent return on investment of ten to twenty-fold according to University of Arkansas research.

Implants slow release of hormones has a continual effect on downstream factors in the animal’s system, for example, somatotropin and insulin-like growth-factor 1 levels can be raised by implants to improve growth rates and feed efficiency in growing and finishing cattle. These hormones are naturally synthesized by the animal, and implants supplement the natural levels found in the body.

Age
Implants can be used at all stages of the beef production cycle from nurse calves to finishers. Implanting nursing calves can not only have benefits during the period of implant supplementation, but can also improve liveweight gain in later life. Each implant used will offer a cumulative effect of gain over the animal’s growth stages. If possible, calves should be maintained on an implant program for the remainder of their lifetime after the initial administration. Blood hormone levels will be maintained throughout the animal’s lifetime under continual implanting, which will aid in the cumulative benefits of implants on weight gain. As cattle move through the nurse, stocker and finisher phases, it is recommended that the strength/potency of the implant be increased, as lower potency implants in later life can hamper feed efficiency. Growth response rates to implants will increase as the animal ages, with finishers gaining at the highest rate, followed by stockers and then nurse calves.

Implanting heifers
While steers are typically selected for implanting, heifer calves can also be safely implanted at 30-45 days old, with little effect on breeding performance in later life. Several studies have shown that implanted heifers have 1% lower pregnancy rates compared to non-implanted heifers, although it is possible that this small variation could be caused by other factors such as nutrition. The window of opportunity does seem to be quite short and limited to the 30-45 day age bracket. Administering implants outside of this age range has been shown to decrease pregnancy rates significantly in later life. 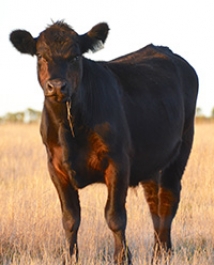 If heifers are destined for slaughter in later life, then carefully used implants can be beneficial to increasing weight gain. Implanted heifers have a greater response than their steer counterparts. While nurse-calf steers will typically enjoy a 6% increase in growth rate compared to non-implanted steers, similar age heifers can show a further 20% growth response rate after implanting. This will result in an additional weight gain of 15 to 40 lbs.

Gains
Additional gains for implanting are not insignificant, and in today’s challenging beef market, every extra pound of gain can put much needed dollars into the business. Several studies have found that implanting steers with a single implant program can aid daily gains by 5% - 6%.  Generally, a single implant will boost gains by .1lb per day, with an additional implant boosting growth rates to .13lbs.

Slow-release hormones
Effective life can vary greatly depending on the type of implant used. Most implants will work for 3 to 4 months but ranges can vary from 60 days right up to 400 days. The effective life is an important consideration depending on how long cattle will be held by the owner. If producers decide to implant, they may require several implants to sustain hormone release over a period of time. Re-implanting cattle on schedule is important, and long active-life implants can be an attractive option for producers as it will reduce the number of times animals will have to be worked. Avoiding excessive working and handling of cattle not only saves on labor, but it can also help minimize days off feed and reduced intakes following an animal handling event.

A new addition to the implant range available is the patented coated implant on Synovex One-Grass and Synovex One-Feedlot implants. This new implant is a sustained release polymer barrier implant which Zoetis claims will add 20lbs of extra gain when compared to other implants due to the improved coating and longer effective life of the implant pellets.

Correct use
Regardless of what implant options are chosen for use, it is important that the implant is properly administered into a sanitized site on the ear. Rushing the job can lead to missed ear implants, abscess, incorrect area administration, damaged implants etc. and economic loss.

As there are several options available for cattle at all stages of the production cycle, producers should sit down with their vet and nutritionist and discuss which option will work best for their individual operation. Although implanting can be seen as additional workload and extra animal handling, the economic and animal performance gains must be seriously considered, as the potential benefits can add significant dollars to the bottom line.