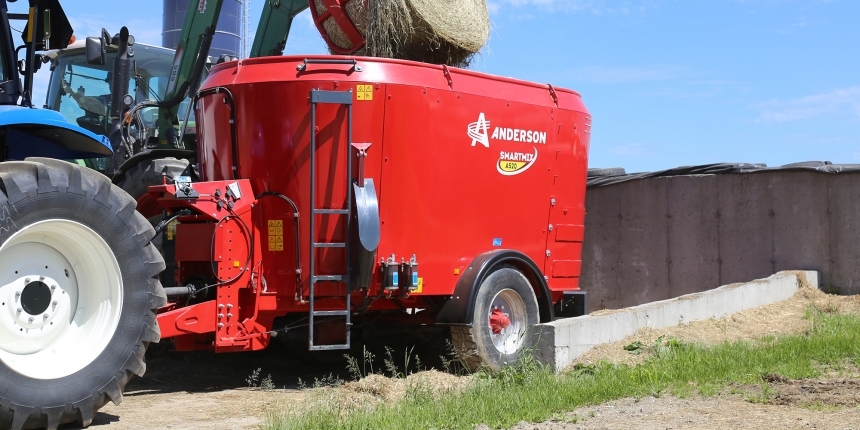 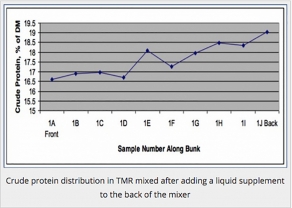 Cows need consistent rations for optimal milk production. That’s why on-farm feed mixers get a lot of attention in the TMR Audit® program, which has been helping to improve dairy operations across the country since 2008.

Many factors are important, including the mechanical condition and operation of the mixer, order of ingredient loading into the mixer, mixer over-filling or under-filling effects, and mixing times.

However, one of the most profound findings from thousands of TMR Audits over the years is the impact of location of loading into the mixer. It may seem like a relatively unimportant factor, but proper loading plays a very big role in the mixing performance of both vertical and horizontal mixers.

In both vertical and horizontal mixers, it is critical to add all ingredients (except large round bales) in the middle of the mixer (Photo 1) or load the ingredients evenly across the mixer.

In vertical mixers in particular, TMR Audit findings show that ingredients added at one end of the mixer (Photo 2) tend to stay at that end.

In the case of liquid supplements, improper loading accentuates the problem of poor mixing.

During one evaluation, a twin-screw vertical mixer was loaded with a liquid supplement on the back screw (Photo 3) with load-out through the front of the mixer. After mixing, samples were taken as the diet was delivered to the cows. 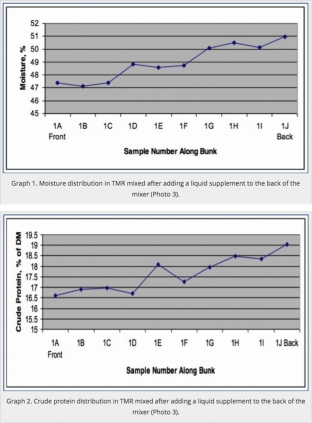 In this evaluation, TMR moisture levels had a range of about 3.5% across the feed delivery. 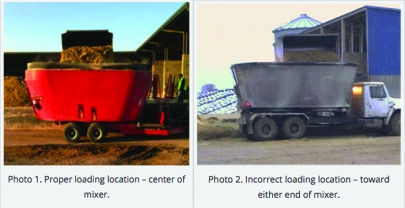 Although it was intended that all cows consume the same diet, this level of moisture discrepancy provided an opportunity for some to sort feed while others received a homogenous diet. 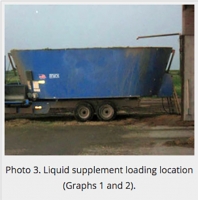 Also, this TMR ranged from just under 17% CP for more than 40% of the feed delivery, up to 19% CP towards the end of the delivery. Therefore, cows fed this ration were taking in significantly different levels of protein. Few were likely to consume the target crude protein that had been formulated.

This example uses liquid supplement inclusion to emphasize the importance of location of loading into the mixer. However, exactly how liquids are added to the mixer also is important.

Through the TMR Audit process, Diamond V Dairy Advisors have concluded that the best method for adding liquids to any mixer is to have equal distribution centered across the mixer.

This can be achieved by using a liquids distribution bar that is roughly two-thirds the length of the mixer (Photo 4). 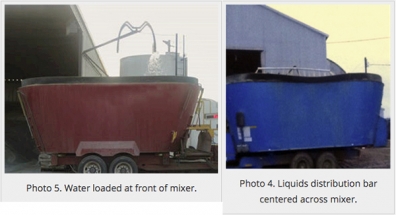 In determining the best method, Dairy Advisors compared results for water added to the front of a mixer with front load-out (Photo 5). After mixing and distribution, 10 samples were collected along the feed-out. The Penn State Shaker Box was used to determine particle length distribution along the feed-out (Graph 3). 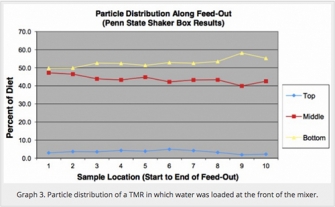 However, during delivery, the ration became drier and the smaller particles did not have enough moisture to stick to other particles. This resulted in more fine particles in the bottom tray and fewer in the middle tray (indicated in 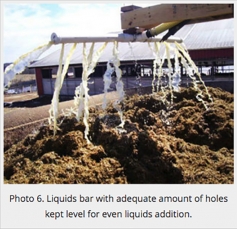 Graph 3 by the separation of red and yellow lines from left to right).

Poor liquids mixing like this can result in sorting by cows. In some cases, considerable dry matter intake variability can occur. The fix is easy: Center the liquid distribution bar over the mixer, with the bar extending two-thirds the length of the mixer.

It is also important to have enough holes in the liquids distribution bar to allow equal flow across the bar (Photo 6). Also, the bar must remain level during operation or there is going to be unequal flow to one end of the mixer.

Mixing on the level 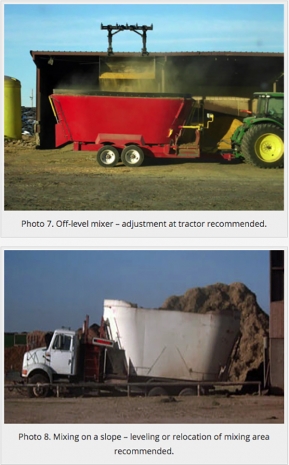 hen TMR mixers are not level during ingredients loading or mixing, ingredients tend to migrate to the lowest part of the mixer. This is especially the case for dry, fine ingredients. Again, the result is poor mixing and uneven particle distribution at feed-out.