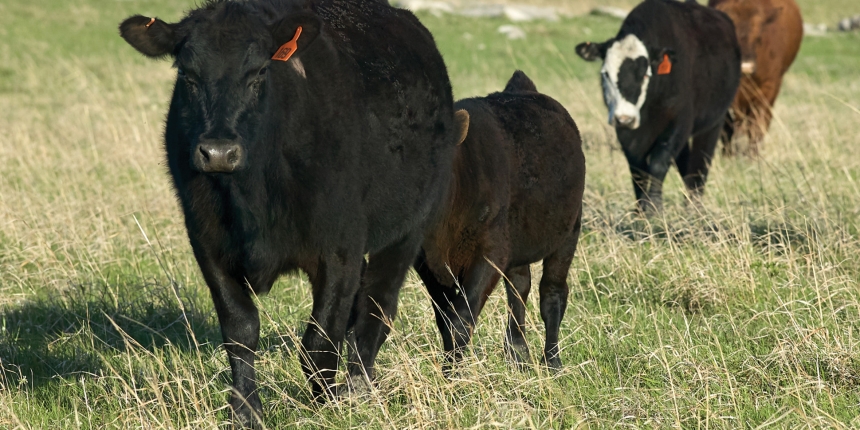 One of the most beloved yet polarizing recent advancements within animal agriculture is genomics. The testing, analysis, and interpretation of genetic information has become one of the most widely adopted tools by producers, industry professionals, and academics alike in the modern era.

At the end of the day the goal is the same across the board: to help make informed breeding decisions to benefit the industry and consumers. However, the way to do that is hotly debated and can make getting into the genomic pool overwhelming.

For many, genomics has become an essential tool for the marketing and promotion of their animals and for evaluating and analyzing outside animals they purchase. Thanks to genomics, younger animals can now enter into the industry-wide breeding pool long before they’ve been proven.

And this revolution is far from over. In many ways, genomics is still in its infancy, with much more yet to be developed and learned.

But as more cattle buyers become familiar with the process and data interpretation, the value increases more quickly. This is especially true with seedstock producers who find more and more of their buyers are taking an interest in what the test results have to say.

Even if you aren’t a seasoned seedstock producer already heavily invested in genomics, there are plenty of reasons why you should, at the very least, pay attention to the movement of its science and even consider applying it to your business.

The science behind genomics
“There are a variety of ways an operation can incorporate DNA testing in its protocols. It can be as basic as the selection of replacement animals or breeding choices to the management of sorting groups or eliminating/reducing undesirable genetics. Even if you are on the feeding side of the business, genomics can tell a lot about anticipated animal performance and help drive purchase decisions.

While a valuable tool, testing can have limitations until an operation has an overall objective, as explained by the Beef Cattle Research Council in a genomics article in 2020. Genetic testing can also be limited if it is only occasionally and inconsistently used.

Limiting testing to only certain occasions makes it impossible to get an accurate overall picture of the herd. Implementing a consistent protocol to get a large group of data from the majority of the herd (if not all of it) will give a much better representation of the herd.

Likewise, genomics isn’t static. Evaluations are updated regularly and there is random genetic variance with each generation. Besides being widespread, accurate testing needs to be routine.

Pairing current performance and production records with genetic test results is another important element to genomic accuracy. This will also help set better goals and objectives for long-term herd development.

The best samples for genetic testing are obtained through a small collection of hair, skin tissue, blood or semen. Sample type and instructions can be obtained through the lab or third-party organization to which the sample is being submitted.

“DNA parentage testing has been used in the purebred industry for many years and is now being adopted by commercial cow-calf producers as prices for the tests drop,” says the Beef Cattle Research Council on their Genomics webpage. “Generally, a parentage panel contains 120 SNPs used to determine which bull sired which calf.”

Utilizing genetic information
A big way that genetic analysis has aided livestock producers and associations is by identifying and removing carriers of harmful deformities and diseases. This is done with single nucleotide polymorphisms (SNP) analysis to pinpoint recessive traits.

“Parentage verification SNP tests take advantage of the fact that half a calf’s DNA is inherited from the sire and half from the dam,” explains the Beef Cattle Research Council. “The tests look at specific SNPs from both the calf and all possible sires. A process of elimination then determines the sire - if the calf carries a SNP not carried by a particular bull, that bull can be excluded as the sire.”

This also identifies parentage, controlling inbreeding and determining abnormalities. However, it should be noted that while looking at specific traits or issues is beneficial, breeding according to single trait selection isn’t recommended. Selecting for a specific trait often means selecting against other traits unintentionally.

Because it can be difficult to compare and analyze so many different traits, breed and beef associations have done the legwork by number crunching to create cumulative measures such as genetically enhanced estimated progeny differences (GE-EPDs) as seen in genomic evaluations and sire catalogs.

And sires aren’t the only ones who have valuable information to contribute. Testing females has become just as essential for many in the industry.

For example, testing replacement heifer candidates can help breeders to weigh both the phenotype and genotype of each animal before making a final selection. Genomics can be a large economic driver in operation decisions and having quality animals can help in the decision making process.

Of course, we can’t discuss genomic impact without looking at the economic side. The initial cost of testing is usually $20+ per animal, with a lot of variabilities depending on the test type and lab, not including the cost of a sampler or labor to collect, label and ship samples.

One study from Australia (The cost benefit of genomic testing of heifers and using sexed semen in pasture based dairy herds) published in the Journal of Dairy Science  on genomically tested dairy cattle found that the expected net benefit range from tested animal was between $204 and $1,124 (equivalent to $0.80 USD) for a whole herd with median reproductive performance.

Researchers found that both replacement rates and herd reproduction, plus availability of estimated breeding value, were the most influential on profitability.

What the future may hold
By evaluating both sides of a mating, genetic gain within a herd or even an entire breed happens more rapidly. As more information is collected, submitted and documented by breed associations, the better the accuracy of future tests for the entire population.

On top of that, with the rise in the popularity of genomics, the future is very likely to make testing even more practical. More companies are making testing more accessible and affordable - a trend that is likely to continue.

Genomics is a powerful resource that is easy to utilize (and becoming even more so) for both breeding selection and mitigating genetic flaws and diseases. Of course, accurate recordkeeping and continual data based selection are essential for any breeding program with or without genomics.