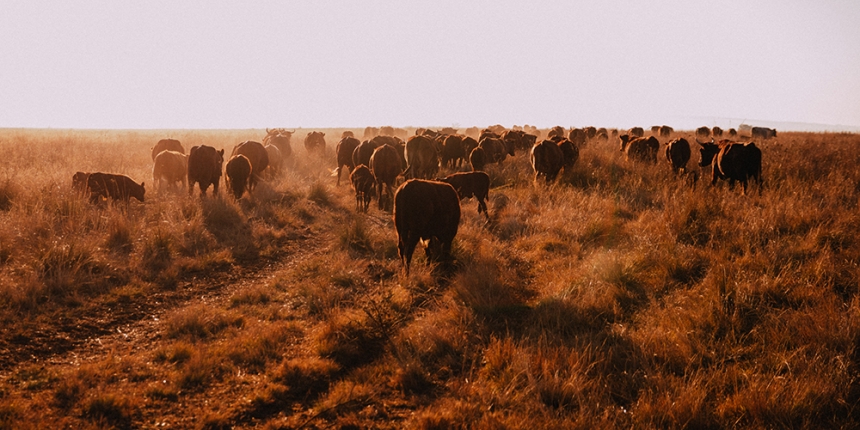 By Michael Cox for American Cattlemen

Defining personal success can be a difficult thing for each of us to truly measure and strive to achieve. For South Carolina beef rancher Joe Davis, his achievements in successfully grazing novel tall fescue would surely rank high on most rancher’s scale of achievement. Perhaps it is Davis’s willingness to learn and admit that, “we don’t know it all,” that has driven his farm improvements over the last 15 years. Having retired from 30 years of off-farm employment in the early 2000s, Davis began in the cattle business with 45 acres of Kentucky 31 pasture and a few cows. Today, the farm has expanded to over 460 acres carrying 195 cows and followers, with novel endophyte tall fescue pastures on all but 20 acres.

Early days
Like most things in ranching, success for Davis was not incremental and plain sailing, but came from continued trial, error and improvements.  “We made a right mess of things in the early years,” Davis says, “We thought we knew what we were doing by putting out fertilizer, baling hay etc. but we ended up with poor performance and low pregnancy rates.” Unhappy with his initial ranching results, Davis attended some State Cattlemen’s meetings and read Jim Gerrish’s book, ‘Management Intensive Grazing.’ “Those really opened my eyes,” Davis says, both to the cost of hay and also to the potential for improvement under Gerrish’s philosophy of properly managed pastures. Starting with just 12 acres under tall fescue and 3 water tanks, the farm slowly converted away from Kentucky 31 and bermudagrass and increased paddock numbers.
“Each time I cut paddock sizes we found the smaller areas would actually carry more cattle and we always had surplus grass at the end of the year,” Davis says. Paddock numbers increased from just 3 original paddocks to over 20 today. As Davis is now comfortable intensively managing tall fescue, he prefers to split paddocks using temporary polywire rather than installing further permanent lines.
As the farm’s pasture quality improved immensely under the new stands of tall fescue, Davis found that he needed to manage not only his grass but also his cows. “We learned about the nutritional needs of the female cow based on her age and stage of production, but we also learned the nutritional value of forage based on it’s stage of production too,” Davis explains. As the herd performance improved once the cow’s consumption of toxic fescue decreased, Davis decided to eliminate supplements to all cows once they became pregnant with their third calf. Today, only younger lactation cows and heifers are offered supplement, usually in the form of 1.5lbs of dried distillers grains. Older cows are on forage year-round and no hay is made or fed.

Forage management
To facilitate this management system, forage covers on the farm are manipulated at certain times of the year. Cows are weaned in early May and intakes are reduced for the dry cows in line with their decreased nutritional needs. As herd demand falls, the farm’s pasture cover rises as grass accumulates in the paddocks. “I’m not sure if we should be clipping pasture to have better quality or continue to grow a big bank of feed ahead of us,” Davis says as he continues to question the farm system and seek improvements. Although forage quality will deteriorate slightly as pasture covers rise, the benefits of having no hay machinery or associated hay raising and labor costs appears to be a significant advantage. The financial benefit of this system is also enormous; several New Zealand and Irish dairy research papers have confirmed that increasing the quantity of home-grown forage in the diet has a direct correlation with increased profit per hectare.
As the farm receives 50 inches of rainfall annually, there is no irrigation in place. Despite the high rainfall, the summer drought still limits grass growth before the second growth spurt occurs in September. “We mind our pastures is summer and raise our residual height up a little from 2 inches to help protect the plant,” Davis says. Pre-grazing heights vary from 8-12 inches, depending on whether the farm is in rapid growth or cows are grazing stockpiled forage.
Being able to adjust to changing conditions and make a judgement on pasture availability are key strengths of Davis’s management ability. The feed demand of each mob is calculated before they are moved to fresh pasture and polywire is used to set-up accurate grazing areas.  During the main growing season, Davis aims to offer approximately 48 hour grazing areas to the different stock mobs, so that mobs need to be moved only 3 times each week. In periods of rapid growth, the grazing rotation shortens and some paddocks are skipped and stockpiled. During periods of slow growth, these paddocks are strip grazed to help improve pasture utilization and the rotation length increases greatly. 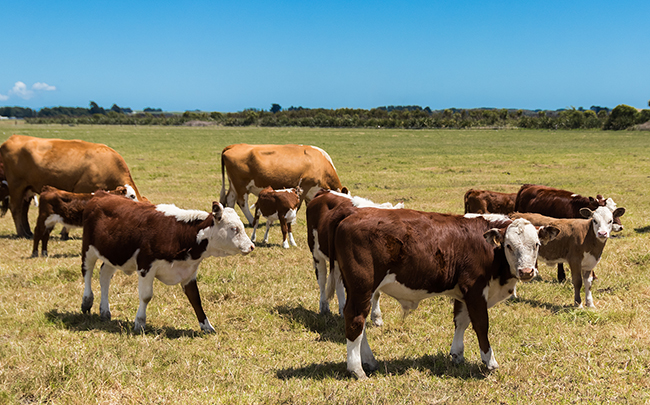 Legumes
Although a massive fan of Gerrish’s work, Davis does not agree with his mantra that, “you don’t have a pasture until you have clover.” Davis tried to establish 150 acres of clover in the past, but results were disappointing. Davis believes that the slow release nitrogen supplied from the clover creates problems in summertime, as the clovers essentially feed competing summer grasses with free nitrogen. “We also found that the clover had a more open ground cover, and in times of heat stress the open pastures became too weed infested,” Davis says.
Excess protein in the diet was a further concern Davis had when incorporating legumes into his management system. “We had wonderful alfalfa stands one year which we used for growing out stockers, but I believe the alfalfa and clover swards provided way too much protein in the diet,” Davis says. The steers gained only 1.5lbs/day on the high protein diet. Davis believes the excess protein ‘burnt’ liveweight gains off the stockers.

New project
Not one to ever throw in the towel after a failed experiment, Davis has his eyes set on a new project for the farm; Identifying correct nitrogen input requirements. He is working with his local Extension office to assess the pasture effects of a wide range of nitrogen application rates. Nitrogen levels from 0 units to 300 units will be applied to different pastures. Applications will be split between Spring and Fall applications and all results will be measured and quantified.
With such a willingness to learn and try new things, there is no doubt that Davis is set to find continued success in the beef business. Progress has been excellent to date, with 4 tonnes of forage grown annually, and it will be interesting to see where Davis takes farm performance to in the future.