Factors that Affect Fertility in Cows 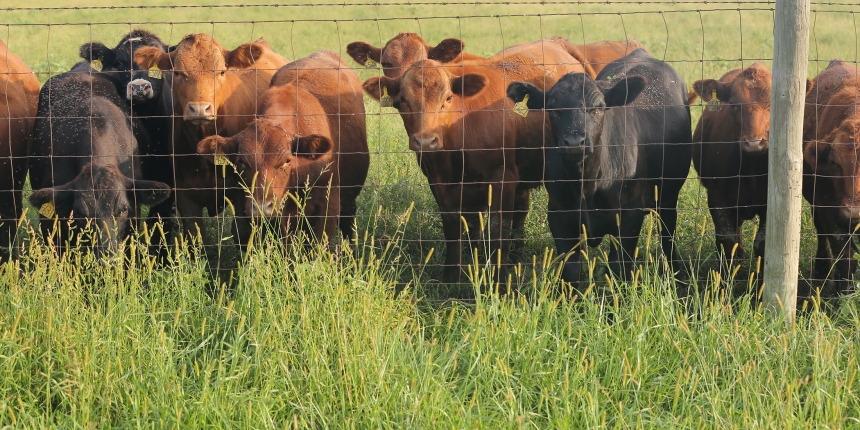 Factors that Affect Fertility in Cows.

There are many factors that influence fertility.  Whether a heifer will breed quickly (reaching puberty at a young age) or a cow breeds back quickly after calving depends on a combination of genetics, nutrition, general health, reproductive disease, etc.  Any of these factors can affect the fertility of the individual animal, or the herd.

Genetics: Heritability Of Fertility
Cow-calf producers who make a living from their cows know fertility is the most important economic trait.   Studies have shown that reproductive traits are twice as important as growth traits, which are more important than carcass traits.  Before you can sell a calf, or have that calf perform well in the feedlot, or produce a carcass that brings a premium at harvest, a cow must first get pregnant.  Yet fertility is usually not at the top of the list when producers are selecting replacement heifers.

“Ironically, the beef industry has been selecting almost exclusively for growth and carcass traits, at the expense of reproduction,” says Kit Pharo, a seedstock breeder in Colorado.  “For at least 50 years or more, academics have told us that heritability of fertility is very low–so low that we shouldn’t waste our time selecting for it.  If you were able to isolate fertility from everything else, then that assumption might appear to be true.  In the real world, however, nothing is isolated,” he says.  Numerous traits are interrelated.

As the majority of beef producers selected for more growth and less back fat, they inadvertently selected for lower fertility.  “They created hard-keeping, high-maintenance cows that struggle to reproduce under what was once considered normal ranch conditions.   The academic solution to this problem was to reduce stocking rates and/or increase supplemental feeding.  Instead of producing cows that fit their environment, they had to artificially change the environment to fit their cows,” said Pharo. The real solution is to change the focus of genetic selection—looking for more efficient, easy-fleshing cows rather than the high-producing cows that often need additional inputs (at more cost per cow) to breed on schedule.

Nutrition And Frame Size
Dr. Steve Hendrick, Coaldale Veterinary Clinic, Coaldale, Alberta says the heifers and cows that breed quickly and calve early in the breeding season have more chance to rebreed, and tend to stay in the herd longer, but they need adequate nutrition to do it.  “Gestation is roughly 285 days and you only have 365 days in a year, so this only leaves about 80 days to breed back,” says Hendrick.

If cows are not in good body condition when they calve, it’s difficult for them to rebreed in 80 days.  If you have a short breeding season they end up open.  They need adequate nutrition to return to heat soon.

“Body condition score is often an indicator of energy and protein levels in the diet but we can’t forget minerals.  Some of the work I was involved with at the vet school in Saskatoon looked at mineral feeding.  Minerals are important for cows cleaning, and having vigorous calves, but are also important for fertility,” he says.

“Certain pastures and certain regions with different soils seem to affect this.  We see different minerals in the feed, and ultimately in the cows, and in how they perform reproductively.  We see some differences in requirements in some cattle and even in different breeds.  One mineral mix or product might work great for one producer but not so well for another.  It’s best to work with your own vet and nutritionist to find the right feeding and mineral program for your herd.”

Producers may need to check their feeds, and soils.  “If I had to do one or the other, I’d start with the feed.  If feeds are short on certain minerals then check the soils those feeds were grown on,” says Hendrick.  In some regions soil is short on copper, or selenium, or some other important trace mineral.

“Some of our studies evaluated different plant species in a pasture, and different types of tame pasture—whether grasses or legumes.  Mineral profiles in some of these plants will be totally different even when grown in the same soils,” he says.  Cattle are adaptable, and will seek out and select plants that help balance their diet, but if there is a serious deficiency it will show up—often in fertility and breed-back/pregnancy rate.

Many folks look at age and size of heifers at breeding as the two most important factors determining pregnancy rates.  Yet some heifers are genetically programmed to reach puberty sooner than others, and size is a tricky topic.  It’s common to select the bigger animals as replacements, but they may be slower to mature.  Big heifers are often still growing when the smaller ones have already reached puberty.

“When I look at different breeds and cattle types, I am amazed at the variation in mature body weight.  Many people think their cows average 1200 pounds, but most cows today are much bigger,” Hendrick says.

“This makes it hard to judge a heifer and determine whether she will mature to be 1300 pounds or 1500 pounds.  When estimating whether a heifer is between 55 to 65% of her mature body weight at breeding time, you don’t really know.  You could look at the dam and have an idea based on her size, but that’s only half the equation.  We don’t always know what genes for size the heifer got from her sire,” he explains.

Frame score charts can help you estimate mature frame size, if you know the age of the heifer and can get her weight and hip height.  “These might help you guess what her mature size and body weight might be—at least in terms of whether she will be a large frame or smaller frame,” says Hendrick

Reproductive Diseases
Dr. Eduardo Cobo, University of Calgary says the two main reproductive diseases that reduce pregnancy rates in cows are trichomoniasis and campylobacteriosis (formerly called vibriosis).  “Producers may think vaccination against these disease will prevent problems, but vaccination is not always efficient for protecting cows against trichomoniasis, and hasn’t been fully tested for campylobateriosis.  If a herd has fertility problems and uses natural service for breeding, producers should consider that they may be at risk for one or both of these diseases,” he says.  These diseases may not be suspected until too many cows come up open or are very late calving.

Both diseases kill the embryo or fetus, usually in the first 3 months of gestation.  The cow is bred and becomes pregnant, but the pregnancy doesn’t last.  “It’s usually an early embryo mortality rather than an abortion; the cow comes back into heat and you think she just didn’t settle.  This is different than most of the other reproductive diseases like brucellosis, leptospirosis, IBR or BVD.  When those diseases kill the fetus it might be several months along, and you see the abortion,” he says.

With trich or vibrio, most of the time the loss is so early that the embryo is simply absorbed.  “The producer may think it’s an infertile bull.  The bull is the one infecting the cow, but the problem is not fertility of the bull,” he explains.

“The next year you don’t have the pregnancy rate you’d expect.  It may drop to 50%, depending on how many animals are infected.  The bull is the main factor because he has the ability to infect many cows, spreading it from an infected cow to all the others he breeds,” says Cobo.

Cows can get infected by an infected bull, but eventually build enough immunity to overcome the infection and maintain a pregnancy.  “We don’t know how long this might take, and it may vary from cow to cow.  The cows that get over the infection will still be susceptible to becoming infected again,” he explains.

Some cows can carry the infection from one year to another, and infect a bull that breeds them the next year.  “Even though the bull is the main carrier, cows can sometimes act as carriers as well.”

The important thing for producers to understand is that these diseases can be a silent cause of early pregnancy loss, so there will be more open cows.  Bulls should be checked every year before the breeding season for trichomoniasis, and only “clean” bulls should be used for breeding.

Select For Fertility
“It’s important to put selection pressure on your replacement heifers with a short breeding season--just one or two cycles,” says Hendrick.  “The ones that don’t breed early are not as fertile.”  As some ranchers have discovered, it is easy to select for fertility by giving heifers a very short time with a bull, keeping only the ones that get pregnant—and often these are heifers from older dependable cows that have stayed in the herd a long time.  Over time this creates a more fertile cow herd, with better genetics for fertility.