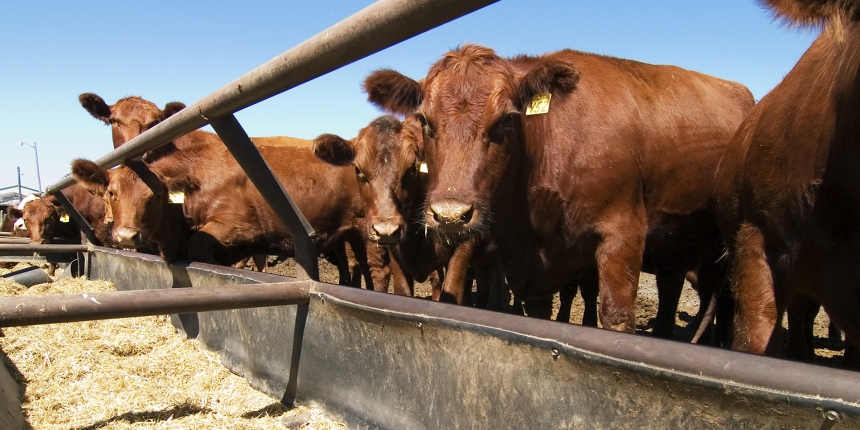 This summarizes estimated costs of improving pasture by five different systems. For each system, both the initial cost per acre and the annual maintenance cost per acre are presented. In addition, costs of establishing alfalfa or alfalfa-grass hay meadows and annual maintenance costs for alfalfa-based hay production are presented.
Included in the pasture and hay alternatives listed are the recommended steps for achieving rapid establishment and productive forage stands. Individual producers may wish to add to, delete or otherwise modify some of these estimated cost factors where better estimates are available or where local site conditions, equipment availability or producer expectations are appropriate.

Pasture Improvement Alternatives
Improving the existing grass with lime, fertilizer and weed control - For more details see PM-869, Fertilizing Pastures and PM-1688, General Guide for Crop Nutrient Recommendations in Iowa.
Complete renovation with a new grass seeding - A seedbed is prepared with primary and secondary tillage as needed. For best results, needed lime should be incorporated six months or more before seeding. Needed fertilizer can be incorporated during seedbed preparation. Grass seed and a companion crop of oats are sown with a grain drill or other effective seeding technique.
Complete renovation with a legume-grass mixture – This involves the same steps as renovation with a new grass seeding except that a legume is included in the seeding mixture and nitrogen fertilizer is not used. Steps to follow are described in PM 1008, Steps to Establish and Maintain Legume-Grass Pastures, available online at www.store.extension.iastate.edu/.
Interseeding and no-till renovation - Weeds are controlled several months before seeding with 2,4-D. Lime and fertilizer are applied and a seeding of one or more legumes is made in an established grass sod using a drill designed for sod seeding (interseeder). Steps to follow are described in PM 1097, Interseeding and No-Till Pasture Renovation.
Frost seeding - One or more legumes are broadcast on established grass in late February or March. Freezing and thawing plus early spring rains provide seed coverage and aid seeding establishment. Weed control, fertilization and grazing management help establishment and growth. For details, see PM 856, Improving Pasture by Frost Seeding.
The production from improved pasture will vary with the kind of soil, annual rainfall, plant species and level of management. Unimproved grass pastures usually have weedy, unthrifty stands and require three acres or more to support the grazing needs of a mature cow. The improvement programs suggested here, when developed with moderate success, and with good grazing management, can be expected to provide the pasture needs for about one cow/calf pair on 1.5 to 2 acres. With top-level grazing management, adequate fertilizer and favorable environmental conditions, production can be increased even further, reaching production requiring 1 to 1.5 acres of pasture per cow/calf pair. 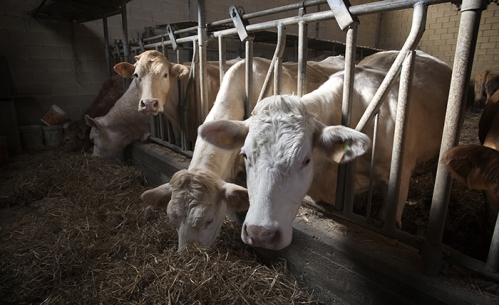 Hay Production Management Alternatives
Alfalfa-grass seeded with an oat companion crop – Many alfalfa and grass-legume hay meadows are seeded in early spring with an oat companion crop. A seedbed is prepared and fertilizer is incorporated as needed during seedbed preparation. For best results, needed lime should be incorporated in the seedbed six months or more before seeding. Grass and legume seed should be sown more shallow than the oats and the soil firmed over the seed. While oats often are harvested as grain and straw, the sown forage seedlings will develop more rapidly if oats are removed earlier as hay or silage. One harvest of the new hay meadow can usually be taken in late summer of the establishment year. Grass-legume seedings can be made in late August without a companion crop when soil moisture and field slope conditions permit.
Herbicide-assisted alfalfa seeding – Alfalfa spring-seeded with a preplant herbicide will establish quickly. A fine, firm seedbed is prepared and preplant herbicide is incorporated prior to seeding. Alternatively, alfalfa can be seeded without a companion crop with post-emergence herbicides used for weed control if needed. Two or more harvests of alfalfa can usually be taken during the seeding year where an establishment herbicide program has effectively controlled weed competition.
In developing the following cost estimate tables, it was assumed that lime would be needed for initial improvement or establishment. The soil phosphorus index was assumed to be in the low or medium range and the soil potassium index was assumed medium. General fertilizer rates are included based on these assumptions. Lime and fertilizer rates are best determined by soil test. Different grass and legume species and mixtures can be selected to fit specialized site, livestock and management objectives.