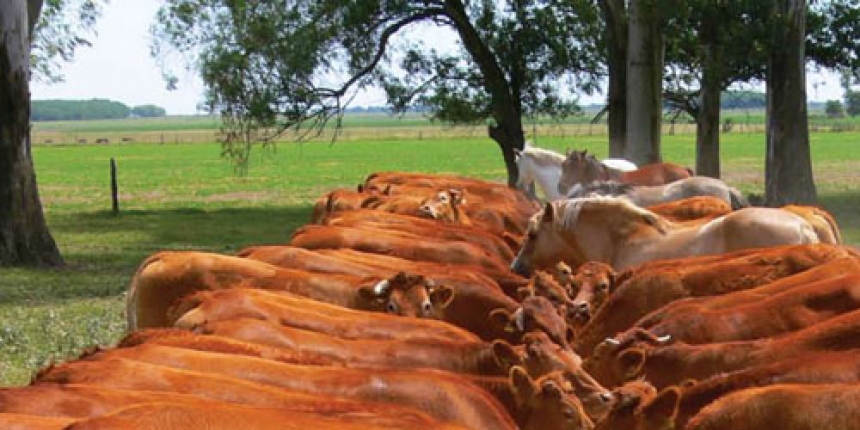 The list of environmental regulations governing the beef industry continues to grow as environmental concerns come to the forefront and animal rights activities continue to develop. The newest legislation governing beef producers applies to feedlot owners with 1,000 or more head in confinement. The Environmental Protection Agency has determined that all large CAFOs must notify state and local emergency response officials about ammonia and hydrogen sulfide emissions from their operations if they emit 100 pounds or more of these substances during any 24-hour period.

Chief Environmental Counsel at the National Cattlemen's Beef Association (NCBA), Tamara Thies, says the new law took effect January 20, 2009.
"If any producers haven't notified the authorities, they need to do that right away," she says. "The report is required within 30 days after authorities are notified. We have a very user-friendly packet on the website that includes the one-page report form. In order to protect themselves from liability, they need to comply with this law."

Concern over agricultural emissions arose out of two existing pieces of legislation: the Comprehensive Environmental Response, Compensation and Liability Act of 1980 (CERCLA) and Emergency Planning and Community Right to Know Act of 1986 (EPCRA). Both laws govern ammonia and hydrogen sulfide emissions. Citizens' in Missouri and California raised the question as to whether or not agricultural operations fell under the scope of the legislation.

Over the past six years, in the face of pressure to require all beef cattle operations to file such reports, NCBA argued that these types of emissions were naturally occurring, low level, continuous, spread over a wide area, rapidly dissipate and are not containable. NCBA noted that there was no feasible emergency response to the emissions. As a result, the EPA ruled that the CERCLA law does not apply to CAFOs, but EPCRA law requires large CAFOs to notify state, local and emergency response officials about ammonia and hydrogen emissions from their operations. "The online packet provides a script and all the information producers need to make the call and complete the report," Thies says. "They can also contact us or their state affiliate if they need assistance with the information."
The Clean Water Act directly impacts beef producers as it prohibits point sources from discharging pollutants into US waters unless its done in conformance with a valid National Pollutant Discharge Elimination System (NPDES) permit obtained prior to the discharge. A point of source is defined as "any discernible confined and discrete conveyance, including . . . a confined animal feeding operation . . . from which pollutants are or may be discharged." The term "does not include agricultural stormwater discharge and return flows from irrigated agriculture." Thies says NCBA's summary of the law as it applies to beef producers is 10 pages long.
"The clean water CAFO rule is very complex and we've provided a user-friendly outline that contains the major points of the rule on our website," she says. "Producers need to talk to their regional and local authorities about it because requirements will vary from region to region. The law took effect February 27, 2009, so producers need to be aware of how it applies to them and make sure they're in compliance."
An updated Spill Prevention, Control and Countermeasure Rule (SPCC) that was approved in December 2008 applies to all "farms." Among the amendments to the existing legislation was a restoration of the law's definition of navigable waters. The EPA's expanded definition set in 2002 was rescinded and the 1973 definition was restored. Owner/operators with above ground oil storage capacity greater than 1,320 US gallons of oil products or buried oil storage capacity of 42,000 gallons or more are subject to the outline of the legislation.

The legislation also outlines the requirements for any facility with aggregate above ground storage capacity of 10,000 gallons or less to self-certify its SPCC plan.
"Any operation with an aggregate capacity of less than 10,000 gallons has five years to comply with this law," Thies says. "Smaller operators get a break on this one."
Efforts to reduce greenhouse gases and that implement climate changes could affect beef producers in the near future. California's AB 32 legislation is similar to other laws enacted to reduce global warming through emissions reductions. Thies says NCBA is concerned that a lack of Congressional involvement in developing the legislation could cause difficulties for beef producers. "In California, the authority to enforce AB 32 lies with the California Air Resources Board (CARB)," Thies says. "Our hope is that when this legislation is implemented, Congress will direct the EPA as much as possible as to what needs to be done. Otherwise the EPA has free reign in the matter."

A coalition of radical environmental groups is behind the National Public Lands Grazing Campaign in an effort to halt grazing on Public Lands. For more than century, American ranchers across the West have depended on rangelands for their livelihoods and have devoted themselves to sustaining healthy landscapes. The Campaign is working to pass legislation providing a federal grazing allotment buyout program.
NCBA and Public Lands Council (PLC) oppose any national proposal to buyout ranchers and permanently retire grazing allotments from domestic livestock grazing, reallocating the forage to native wildlife. "Losing ranches means losing open space," Thies says. "The West has the fastest rate of migration into nonmetropolitan areas, according to the USDA. Public lands ranchers own an estimated 107 million acres across the West. Most of this land adjoins public land, holds water and valuable natural resources and provides contiguous habitat for species on public lands. Maintenance of successful grazing programs on public lands allows ranchers to keep their private lands open for agricultural production rather than selling land for development."

The USDA Forest Service lists the loss of habitat on private land adjoining National Forests as one of the four major threats to their land management goals. Efforts to eliminate grazing will result in loss of open space and natural habitat provided by public lands ranchers and ultimately degrade public lands.

More information about existing and impending legislation is available on the NCBA website at www.beefusa.org. NCBA officials can also be contacted at 202-347-0228.

Ever since David Petty began farming in the 1970s...

Seven cattle operations from across the country... 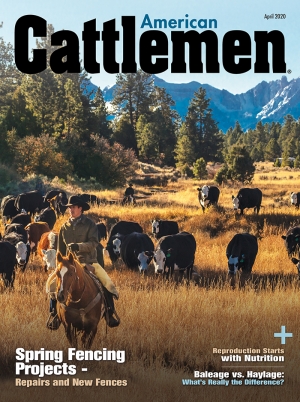 Fence Repair or Replacement – A...

Reproduction starts with Nutrition By...
view all articles

This issue brings you: Bradley 3 Ranch: An Industry Example of Quality and GritFrom the Rawhide Family to YoursGenomic Testing. Is it Worthwhile?Confinement Buildings in the Cow/Calf Operation
view all issues