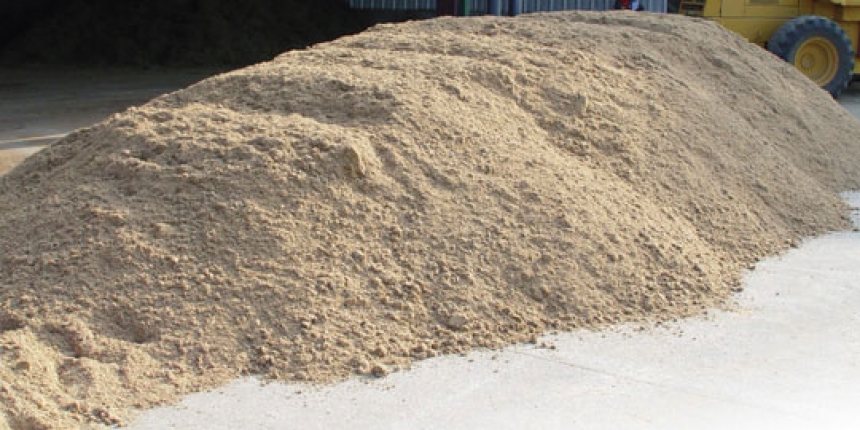 The recent boom in ethanol production is having widespread consequences within the various segments of the beef industry.  One of those consequences is the volume and variable forms of the distillers’ grains, the byproduct of grain-based ethanol production that are available to cattle feeders.  These distiller’s grains, as they are generally referred, come in various forms both dry and wet, and although most are corn based, they can and do come from a variety of other cereal grains.

No doubt the list is confusing.  The reason they are confusing to the cattle feeding industry is because the names mean little in terms of describing what they are nutritionally.  Nutrient variability is due to the way they process the grain and segregate the constituent components before fermentation and how much the solubles are processed prior to being added back to the spent distiller’s grain; if they are even added back at all, which is another significant variable.  As one might expect, a great deal of nutrient variability exists with these products.  This variability can be managed effectively and is being done today by cattle feeders that have employed expertise and new technology to manage it.  The first step in developing and deploying this technology requires a paradigm shift in the way we think about ingredients.

Traditional finishing diets in the United States have remained consistent in terms of ingredient make up for many years.  The costs associated with these ingredients have remained sufficiently within a range to warrant their continued use in predictable proportions.  Most consulting nutritionists and those employed by feed yards have gotten comfortable with the relative consistency of the grains that make up 80 to 85% of the finishing diet.  As is generally the case, long periods of comfort leads to complacency and complacency leads to a failure to challenge the status quo and innovate.  The crutch of relative consistency has manifested itself as a lackadaisical approach to substantially improving diet design and productivity modeling.

The only general concerns we should have for an ingredient are safety and palatability.  Obviously, it must be a safe ingredient that will not cause harm to cattle. After that cattle must be willing to consume it either alone or in a ration combined with other ingredients or the feedstuff is nutritionally useless.  Beyond that an ingredient is nothing more than a carrier for nutrients.  Taking that approach and focusing on better understanding the nutrients and their inherent variability facilitates the discovery of new ways to practically apply them in meeting the requirements of the cattle.

Once we diverted our focus from the ingredient to the nutrients, their interaction with other nutrients and how they impact performance, and began to develop systems and processes to deal with the nutrients in feedstuffs, our method of valuation changed.   What a variable byproduct is called is simply not what it is.  In the case of relatively high variable feedstuffs, the names simply become a veil as it were.

So what do the names mean other than to define gross morphology?  What good is a name if it has no meaning in describing something of importance relative to its intended use?  For cattle feeding, these names mean little except to potentially describe their handling properties.  They mean nothing unless they represent some reasonable degree of nutrient consistency important in cattle diets, particularly when used at high inclusion rates.  Because of the nutrient variability not only between, but also within the various distillers’ grain byproducts available in the market, the myriad names mean nothing.

By focusing on the nutrient streams that come from specific ethanol plants we can optimally utilize the feedstuff for its complete nutritional benefit to the animal, and highest economic benefit to the cattle feeder.  We can still experience variability from a single plant, which is why we must develop a symbiotic relationship between the ethanol plant and the feed yard.

Cargill Animal Nutrition facilitates these relationships and has developed a process to gather, analyze, quantify and catalog the nutrient information and make it available to the Cargill MAX™ System in a timely fashion to accurately and most cost effectively utilize the byproduct stream in the diet.  This is the only truly closed loop system in existence that electronically links sampling, analysis, data storage and transfer to an on site diet design productivity modeling system, capable of completely and accurately exploiting the value of “distillers grains” regardless of the myriad names by which they are referred.

The names don’t begin to tell the story and relying on them will lead you down a rough road nutritionally.  Focusing on the nutrients can lead to higher inclusion rates in finishing diets, up to fifty percent in some cases, and superior cattle performance.  The future in the cattle feeding industry is with those entities that deploy the technology to truly focus on the nutrients.  Names mean little when incorporating distiller’s grains into cattle diets.

Nutritional Management of the Calf After Weaning...

Breeding for feed efficiency can save $55/ cow/...