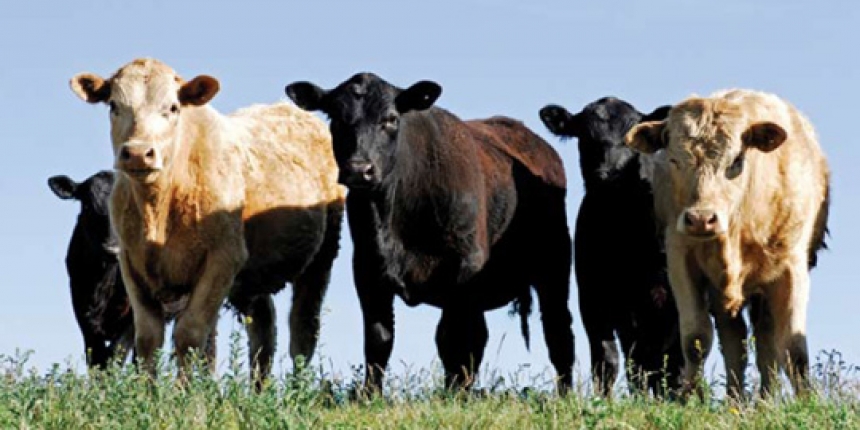 There are seven major reproductive diseases in cattle; one of them - Brucella abort us, the cause of brucellosis - has been nearly vanquished. But the others still lie in wait for the opportunity to rob ranchers of profits. B. Abort us still surfaces occasionally and there are other pathogens that show up sporadically.

Steve Wikse, a Professor at the Texas A&M College of Veterinary Medicine and
Biomedical Sciences calls reproductive diseases in cattle "a pet interest" of his.

Wikse, who is also Extension Veterinarian for the A&M Department of Large Animal Clinical Service, co-directed a study to determine the presence of one particular pathogen, the bacterium Leptospira Hardjo-bovis. One of several organisms that cause leptospirosis or "lepto," researchers tested for it in eight to 12 herds in each of six states. They found 42 percent of the herds had at least one cow that was shedding the pathogen.

In addition to L. Hardjo-bovis and B. Abortus, the other major bacterial reproductive pathogen is Campylobacter fetus, which used to be called vibriosis. There are also two leading viral causes of cattle abortion: Infectious Bovine Rhinotracheitis (IBR) and Bovine Viral Diarrhea (BVD), and two protozoon parasites, Tritrichomonas Fetus ("trich") and the more recently discovered Neospora caninum.

Learn the Signs
Wikse recommends ranchers subject any non-virgin bull they buy to a preputial smegma sample culture for trich, saying, "We're real worried about this disease, in Texas and in most states, because the economic losses when that disease gets in a herd are awfully, awfully devastating."

The purchase of animals is one common route for trichomoniasis to get into herds, the other is poor fencing, which fails to prevent a bull or cow from breeding with an animal from a neighboring infected herd.

"Younger bulls are somewhat resistant to becoming infected," says Wikse, "but still, they can get the organisms on their penis, breed another cow in a few minutes, and pass it that way."

BVD has become the scourge of many cattle herds, and there has been a considerable industry push to rid herds of cattle with the Persistently Infected (PI) version. Estimates of the prevalence of PI cattle in the US herd range from 0.13 to 2 percent and 4 to 10 percent of herds are thought to have at least one animal with the disease, which stays with the animal throughout its life.

PI only occurs in calves whose dams pass the virus to them during the first trimester of gestation. As many as half of these animals fail to survive to full term, but a live-born animal will shed enormous amounts of the virus - 10,000 1,000,000 times as much as an animal with an acute or "transient" infection, according to Wikse - and can spread the reproductive disorder throughout the herd.

The symptoms are different for calves infected in the second or third trimesters. An infection in the mid-trimester, says Wikse, often leads to birth defects, the most common being cerebellar hypoplasia.

Calves with this disorder "can't control their locomotion very well," he says. "They can't walk very well-they may not be able to walk at all. They may be able to stand up with their legs all straddled out; they can't hold their heads still very well, and when they try to nurse, they bobble their heads all around." Some mid-trimester infections can also lead to cataracts.

Wikse says veterinary researchers are also changing their thinking about calves infected during the final trimester. For a long time, since those calves appear normal at birth, they were thought to be healthy. However, recent studies of dairy cattle "found that they had a higher incidence of calf diarrhea and calf pneumonia, and fewer of them survived to enter
the milking stream in the dairy."

It may be hard to detect BVD in some herds without testing. If a rancher maintains a short breeding season, for instance, three heat cycles or 60 days, the presence of a reproductive disorder may be readily apparent, as a number of cows could develop the same clinical signs at the same time. But many producers have longer breeding seasons, in some cases, year-round.

Wikse notes, "This produces a situation where you have cows that are in various stages of the reproductive cycle. Some of them are not pregnant - they've had a calf, they're entering lactation, their uterus is empty. So, you may, in a BVD outbreak, get sick calves with diarrhea, with ulcers in their mouths. Or, you could get sick cows with ulcers in their mouths, lameness. You could get abortions; you could get weak calves - a lot of different signs."

Reputable Herds
There's another potential warning sign of the presence of a reproductive pathogen: a cow that appears healthy, but keeps coming into heat. That could mean the cow is suffering early embryonic deaths, which are known to occur with L. Hardjobovis, BVD and trich.

The best way to prevent a reproductive infectious agent from costing you money is to prevent it from getting into your herd in the first place. One way to do this is to make sure animals test negative for BV before you buy them. Wikse says this goes for all new acquisitions, even firstbred heifers and young bulls purchased at purebred sales.

At those sales, he says, "All the bulls have had an ear notch test, where they do either an immunohistochemistry (IHC) test or an antigen capture test for persistent infection with BVD."

Among the other reproductive diseases that show up occasionally are Haemophilus somnus, Listeria monocytogenes, Corynebacterium pyogenes, bluetongue virus and Ureaplasma diversum. These agents, Wikse says, "once in a blue moon will cause an abortion, so we don't worry about them very much."

Diagnostic labs are tooled up for infectious agents, but Wikse says abortions can be also be caused by genetic, hormonal, nutritional and toxic problems. In one herd he investigated, "We found five different reasons, all working together. When a beef herd is having abortions, most commonly it's due to several factors."

There may also be more than one infectious agent involved. In addition to BVD, Wikse believes cattle should be tested for N. caninum, which also produces a chronic, lifetime infection. Animals with Neospora antibodies in their blood are more likely to suffer an abortion, particularly on their first and second pregnancies.

He recommends ranchers only purchase animals from well-managed, reputable herds, and quarantine newly purchased animals for at least 30 days, with no nose-to-nose contact. They should also start their vaccination programs then, so the animals can get both a primary and a booster dose for the infectious agents before they enter the herd.

Manage Your Herd
It's also important to implement management tactics that minimize the spread of infectious agents within your herd. One strategy is to eliminate vectors. For instance, Neospora is spread by coyotes and foxes, so it's useful to put out traps.

And, Wikse believes herds should be vaccinated against L. Hardjo-bovis ("It's really widespread; we have very favorable conditions in the South"), BVD, IBR and vibriosis, and also against trich when it's been identified in the herd, or if the herd is at high risk for infection. That would include those that lease bulls, or co-mingle with other herds.

For instance, Wikse says, in the Western states, "herds that use the BLM grazing in the summertime, or they let their cattle go to the mountains; they'll commonly put about five herds together in this one region."

How do you know if you've got a reproductive problem in your herd? Wikse says the "background rate" of abortion - the number of fetuses that would be lost without any outside negative factors - is 1 to 2 percent.

It can be puzzling to the rancher if cow has received a positive preg check, but there's no calf; the cow may have aborted, Wikse says, and the fetus was dragged off by predators. But as long as the abortion rate stays below 3 percent, he concludes, "things are probably not out of hand on your beef ranch."

Mineral Supplementation: The Benefits You May Not See

Mineral Supplementation: The Benefits You...

Making a Mark with Dart Guns

Making a Mark with Dart Guns. By...

This issue brings you: Cattlemen's ShowringThoughts from a CattlemenIs There Really an App for That?Advancing Animal Disease TraceabilityTaking predator control into considerationCattleSort Helps Cattle Producers...
view all issues