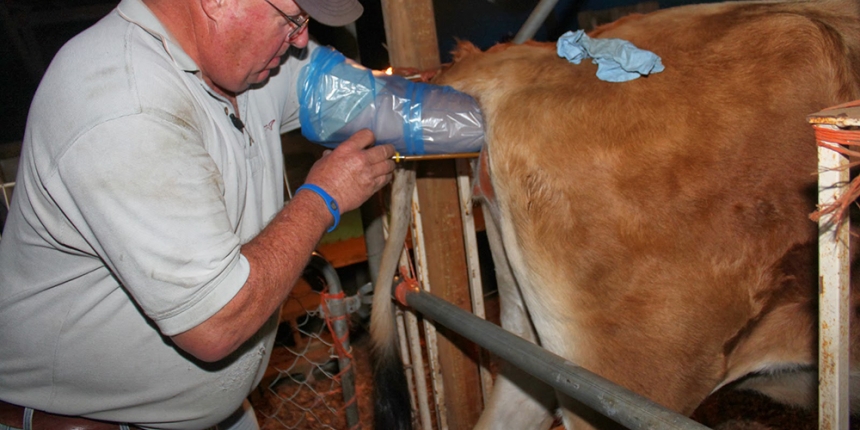 The A.I. procedure is very standard across the cattle industry and is often done going through the motions without much thought. This simple procedure hangs very heavily on both method and skill of the technician. Various studies have proven that the slightest change in technique can have a heavy positive or negative impact on fertility outcomes. Technicians who struggle to maintain consistent pregnancy rate may benefit from exploring the different procedure options.

There are three basic A.I. methods used across the various livestock species. These are the direct vaginal method, the recto vaginal method, and the speculum method. Based on the size and structure of the bovine reproductive tract, two methods are accepted as proper methods for insemination in beef cattle.

Comparing methods in cattle
In the dairy and beef industries, the most commonly practiced A.I. method is the recto vaginal, largely due to its practicality and being believed to be the safest for the animal. It uses manipulation of the reproductive tract, primarily the cervix, through rectal palpation. The technician must have a thorough understanding of reproductive anatomy with the skill to penetrate the cervical os and properly deposit the semen using only blind palpation. The size of cattle and durability of their cervix make this method an industry standard. It requires little equipment other than an A.I. rod and a sleeve and takes only a short amount of time to learn.
The speculum method is a much lesser used methodology among cattlemen, though it may have some benefits that could lead to its rise in the future. This method is widely practiced in small ruminants, namely goats, due to their smaller size which prevents the technician from being able to physically manipulate the reproductive tract through the rectum. It entails placing a speculum (or spectrum) into the vagina pushed up to the posterior end of the cervix. Viewing the cervical os through the speculum, the rod is pushed through the cervix and deposited. The French company, IMV Technologies, has developed a tool called AlphaVision to enhance the speculum method in cattle. This device comes with a camera and digital screen to help the technician see the cervical os with the speculum. The technician only needs to go through the rectum to hold the cervix and ensure proper placement of the gun on the anterior side.
Some advantages to using a speculum in cattle include being able to visualize any abnormalities in the vagina or cervix and to confirm heats by seeing the cervical mucus. A speculum also offers fewer difficulties getting the gun through the cervix since seeing the os prevents the tip from getting caught in the fornix. The physical handling of the cervix is also much more minimal, which can eliminate potential injury to the lining of the rectum or uterus due to overly rough handling. 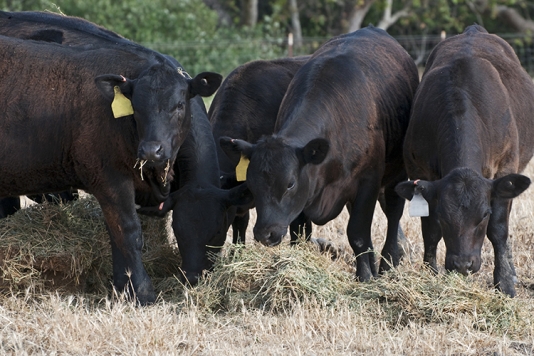 Other techniques to enhance success
Fixed time A.I. (FTAI) often accompanies different A.I. programs on operations that need to make the most out of every insemination, or need animals bred within a specific time frame. This is especially true for herds targeting a narrow seasonal calving window. For heifers, feeding an MGA or putting in CIDRs are often best to synchronize these young virgin animals. For mature cows, injectable prostaglandins, such as a pre-synch or ovsynch program or CIDRs are most effective. Often, these programs will work as well as visual or electronic estrous detection and can save valuable time at the same time.
Another A.I. strategy often overlooked is semen placement. Proper semen placement is a crucial piece of a successful A.I. technique. A 1989 study published in the Journal of Reproduction Fertilization tracked semen placement by inseminating cows with dye and examining the reproductive tracts of the animals’ post-mortem. Technicians who had a nonreturn rate above 78% placed semen directly in the uterine body over 85% of the time, whereas those with a nonreturn rate below 70% only deposited semen directly into the uterine body 34% of the time. Another study in 1984 conducted at the Pennsylvania State University was published in the Journal of Animal Science. This study used radiology to monitor rod tip placement in a live animal. It found that only 39% of inseminations had the rod tip placed in the uterine body, with 25% of placements being still in the cervix. As a result, only 40% of the semen was placed in either the uterine body or distributed equally between left and right horns. Neither study found a significant difference between professional technicians and owner technicians. Rather, placement was dependent upon an individual’s skill and ability to locate rod tip position in the reproductive tract.