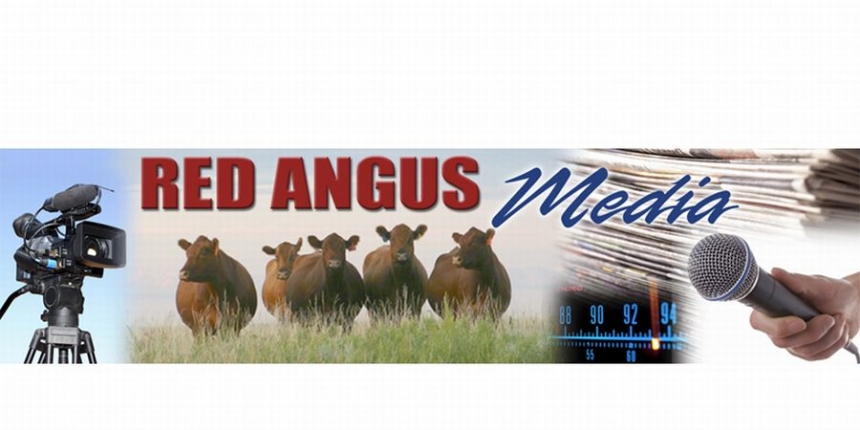 Denton, Texas - In a time when commercial cattlemen are demanding profit-maximizing genetics, Red Angus breeders are stepping up to offer genetically superior bulls representing a decade of unrivaled breed

improvement. This achievement is a result of Red Angus producers employing the breed’s genetic selection tools to fulfill their charge of providing commercial cattlemen and women with reliable, profit-generating herd bulls. The Spring 2016 bull sale season will provide buyers with the tremendous opportunity to obtain genetics resulting from the best of the Red Angus breed.

Evaluation of the most-used Red Angus sires is an excellent gauge of breeder selection decisions and its resulting impact on breed improvement. Specifically, through assessment of weighted averages – which accounts for the number of progeny produced by each sire and weights average EPDs accordingly – we are able to quantify the positive direction in which members are taking the breed.

By comparing the 100 most-used sires from the reported 2015 vs. the 2005 calf crops, producers will notice phenomenal improvement in all Economically Relevant Traits (ERTs). Considering the power of ERTs and their direct impact on profitability, it should be no surprise that the genetic selection tool with the greatest improvement is the HerdBuilder index (2005 – $93 vs. 2015 – $142). Thus, Red Angus seedstock producers’ implementation of science-based selection tools has delivered an improvement of $49 per female exposure!

As commercial cattlemen continue to rebuild the nation’s cowherd, the demand for superior cowherd-building maternal genetics remains high. Red Angus seedstock producers have anticipated and prepared for this need as the cowherd-building set of traits (HB, CED, CEM, ME, HPG and STAY) is unparalleled by any other traits in improvement. This foresight provides commercial producers with an unrivaled suite of cowherd building ERTs with the added benefit of a decade of exceptional genetic improvement.

Red Angus cattle continue to excel throughout the beef-supply chain. While Red Angus females thrive on the range, the steer calves remain in high demand due to their performance in the feedyard and on the rail. This is easily explained because in the past decade Red Angus producers have further advanced the breed’s genetic superiority in maternal, growth and carcass traits.  Multi-trait advancement is exactly what Red Angus has accomplished on behalf of its commercial customers.

Red Angus breeders’ relentless effort to further improve the genetics of the breed has resulted in tremendous genetic improvement in the past decade. The Spring 2016 Red Angus bull sale season will offer commercial producers the opportunity to capitalize on these genetic advancements, and the RAAA’s commercial marketing department stands prepared to assist farmers and ranchers by adding value to their calf crop.

The Red Angus Association of America serves the beef industry by enhancing and promoting the competitive advantages of Red Angus and Red Angus-influenced cattle. RAAA provides commercial producers with the most objectively described cattle in the industry by seeking and implementing new innovative technologies based on sound scientific principles that measure traits of economic importance. For more information, visit redangus.org.

Editor’s Note:  Larry Keenan, RAAA Director of Breed Improvement will be attending NCBA Convention next week in San Diego.  If you have interest in scheduling a one-on-one interview to discuss any of the Red Angus indexes, EPDs or the progress made by our Red Angus breeders, please contact me to schedule that opportunity.  – Thanks!  Beth