To Cull or Not to Cull 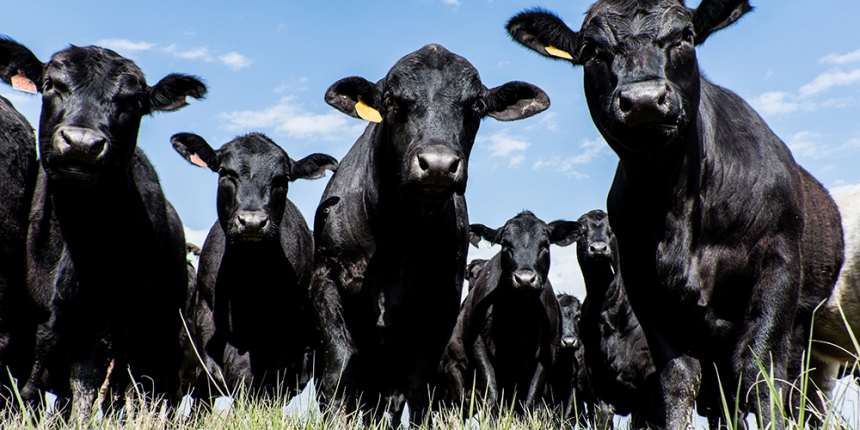 To Cull or Not to Cull.

The main goal of most cow calf producers is to make a profit and the easiest way to reach this goal is to wean a productive and healthy calf each year from each female exposed to a bull.  To improve overall herd performance and profitability, those animals coming up short in their contribution to this goal, should be considered for culling.
Focused culling requires a distinct and targeted plan.

The easiest criteria is pregnancy status.  Cows that lose their calves at birth should be culled or matched with an orphan as only pairs should be destined for grass use.  Post breeding season, a trained veterinarian should complete pregnancy checks approximately 45- 60 days after bull removal.  Open cows should not be held over for any reason.

Age is another reason to cull.  Ron Torell, former University of Nevada Extension livestock specialist wrote that most cows pay for themselves by age six.  “Thus, the longer a cow stays in the herd, the more profitable she becomes.  Her production may decline after 11 years of age, so the impact of longevity on the total cost of production must be recognized.”  The decline of an older cow’s production is inevitable; thus, their economic significance must be measured against their future potential.

Grant Lastiwka, forage and livestock business specialist with Alberta Agriculture and Forestry, believes that culling decisions hinge on many factors, which should include safety for people and ease of handling.  “We often say that, but it is still an issue.  Producers tend to keep that cow if she has a good calf, knowing that she can be dangerous at times or harder to handle,” he said.  It’s easy for producers to ignore or conveniently forget earlier issues when they see the size of these weaned calves, but the danger these cows can inflict on handlers should not be underestimated.

Culling decisions for poor and dangerous dispositions should not be limited to the mothers.  Wild calves do not gain as well as more docile calves and because temperament is highly heritable, they pick up bad habits from their dams during the suckling phase and can propagate them throughout the entire herd.
Poor structural soundness and lameness along with extremely large or small framed cows should be considered for culling as their calves will likely fall outside desirable and marketable parameters.

Further culling needs a more intense deliberation.  Producers must decide which traits are most important to their operation and measure them in actual data.  It’s easy to say, “cull cows that are poor performers” but what does that really mean?  Keeping good records is imperative and can be as simple as handwritten notes in a calving notebook or as advanced as an interactive computerized record keeping system of data entry.  When desired traits are recognized and measured in actual year to year data, it is much easier to select and cull “unproductive” cows.

Persistently late calving cows should also be at the top of the culling list as calves born twenty days into the calving season will be approximately 40 pounds lighter at weaning than their early born contemporaries.  Cows producing consistently lighter or often sick calves, should also be selected.  Poor calf performance is the result of inferior genetics, poor mothering, weak colostrum and milk quality, chronic sickness or a combination of these factors.

Consider udder and teat condition, feet, teeth, cancer eye, or other undesirable qualities.  Cows that suffer from a vaginal prolapse at calving should definitely be marked for culling.  Although these prolapses are usually correctable, they are extremely likely to reoccur being highly heritable.
Generally, cull cows need to be replaced to maintain or increase herd size, thus the extent of a producer’s culling aggressiveness needs to be matched against outside factors such as livestock costs, feed prices and availabilities.

Decisions need to take the quality and value of each animal into consideration.  Some choices like open, old, dangerous, sickly or lame cows are simple.  With the assistance of accurate record keeping, the next layer of poor performing or unproductive cows delivering inferior or sickly calves can be identified and selected.  For deeper cuts, environmental factors along with replacement and feed costs must be calculated to improve and increase production, in the pursuit of the larger profit goal.