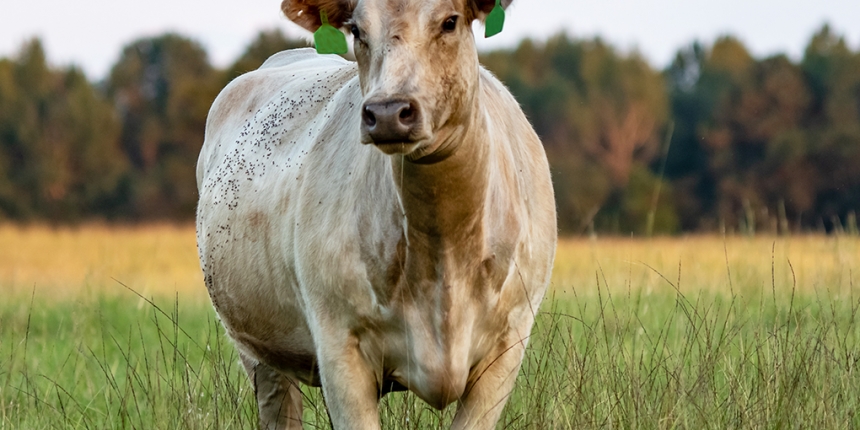 Crossbreeding has become a hot topic across the different livestock industries. While hardly a new idea, genetic technologies can now reveal specifically why this breeding approach is beneficial. When done correctly, it is an excellent way to increase the more low-heritability traits in your herd faster than straight breeding alone.

There are two main categories in which crossbreds have an advantage to their straightbred counterparts. The first is heterosis or hybrid vigor, terms that anyone who knows livestock breeding is familiar with. This term is used to describe the added enhancement in all around strength, health and production that crossbred animals display. Hybrid vigor has variation depending on the breeding. Generally speaking, the greater the difference between breeds the greater hybrid vigor you can expect to see in the resulting offspring.
Another component of crossbreeding is that it allows breed complementation. For example, a breed that is economically advantaged in your area may be lacking in health traits. Adding in another breed that may have lower market value but can add productive life to your herd may create an animal that is ultimately more profitable.

Selecting the cross
Consider what you have at your disposal to support a crossbreeding system. Some of these include the number of breeding females in the herd, how many breeding pastures you have, expendable labor and management, coupled with your production and marketing system. Another article to keep in mind is the availability of high-quality breeding bulls in the breeds you’d like to cross with. 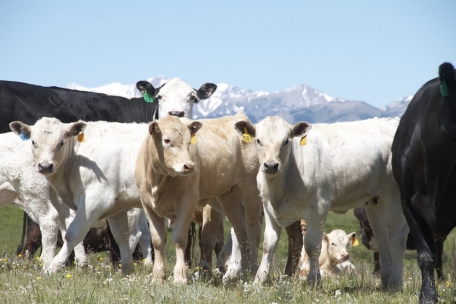 Universities say that the best way to find the percentage of heterosis in a particular cross is calculated as follows:
% Heterosis = [(crossbred average – straightbred average) ÷ straightbred average] x100
In beef cattle, heterosis can be categorized by three types – individual, maternal and paternal. Individual is the advantage a single crossbred animal has over another purebred individual on a specific trait. This type of heterosis is measured in particular traits such as survivability, growth and carcass. Maternal heterosis is the advantage a crossbred dam has over another purebred female on traits such as fertility, maternal abilities and growth. Finally, paternal heterosis is the advantage a crossbred sire has over a straightbred one in a commercial breeding scenario.
One research project conducted at the USDA Meat Animal Research Center (MARC) found that crossbred calves had an 8.5% advantage over their straightbred herdmates in total pounds weaned per cow exposed for breeding. This was attributed to the crossbred calves having greater survivability, especially in the first two weeks of life.
On the cow end, the study concluded that mature crossbred cows had greater longevity to the straightbreds. By the study’s conclusion, 24% of the original crossbred females were still in the herd and only 11% of the purebreds remained.

Different methods
After you’ve narrowed down on your goals and what breeds would make the most appropriate cross, you can think about how to best implement a crossbreeding strategy. Two and three or more breed crosses can be both used either terminally or as part of permanent breeding program generating replacement animals.
The two-breed backcross rotation is the simplest approach you can take. It is when cows of breed A are sired by a bull of breed B resulting in an A/B calf crop. This type of breeding works best between breeds that are more similar in terms of size, birthweight and maternal abilities. This way, there is a minimal risk of dystocia and breeding issues down the road and helps maintain consistency in the resulting calf crop. This method is most often used for a terminal calf crop, but it can be a springboard for a three-breed cross if you retain the replacements and intend to continue outcrossing. If you don’t intend to outcross with anymore breeds, keeping to only a two-breed rotation with your replacements will result in an inconsistent herd down the road. One of the major advantages of this method is that it doesn’t require any additional breeding pastures.
In another variation of this this method, some operations will simply rotate the breed of their sire every four to six years. This is also friendly for limited breeding pastures. While this has only a moderate hybrid vigor, it is a very low labor-intensive system that makes it easy to avoid inbreeding.
In a three-way cross, the different groups of cows would be designated to one breed. So, if your females are breed A you would have a group breed by breed B, one by breed C and another by breed D. The resulting composite replacements would go on to be breed by the bull in which they are not related. Therefore, your A/B offspring will be bred by C, you’re A/C offspring by B and so forth.
It does take a significant amount of managing to maintain this type of program, but it does have several long-term advantages. This is type of rotation is also successful with the terminal calf crop it will produce.
If you’ve run the numbers and think crossbreeding makes sense of you, take the different parts and discern how to arrange them into a customized breeding plan most appropriate for your ranch. It can be helpful to check with your local university extension agents and everyone involved in your breeding program to decide on the specifics in your best interest.