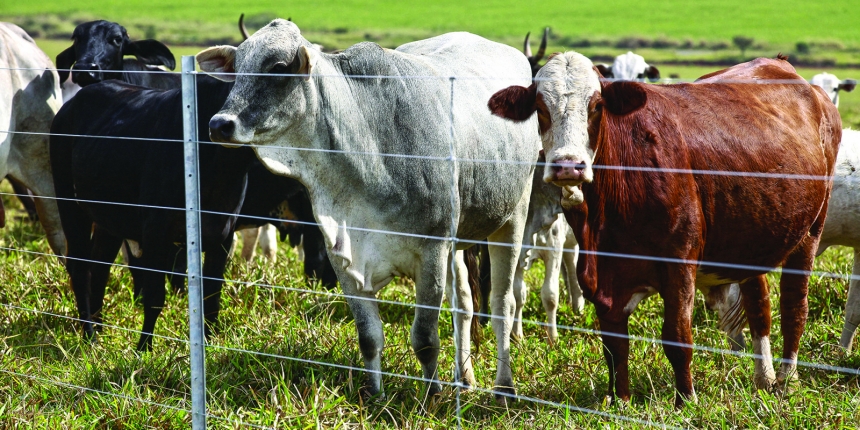 The components necessary to make the A.I. bred herd successful are many and overwhelming. Cattlemen need fear not if they can identify and prioritizing the key characteristics to make this possible. This topic was discussed at the most recent Applied Reproductive Strategies in Beef Cattle (ARSBC) conference hosted in Manhattan. Kan. with perspectives from an industry professional and veterinarian.

Sandra Levering, an ABS Global representative spoke from the industry. “Keep in mind as you’re developing an A.I. program you pick your team well,” she said, “and the team needs to be accountable to your results.” This team generally includes an A.I. technician, veterinarian, semen supplier, nutritionist, and everyone involved with handling the cattle daily. Everyone involved needs to be trustworthy and accountable.

The equation of reproduction
There are four major cornerstones imperative for reaching optimal pregnancy rates. “You can’t really get past this when you’re trying to create a successful A.I. program,” Levering said. The first is effective synchronization, which includes choosing which treatments used, proper dosage calculations, and having them be administered properly. The team effort is especially important when it comes to keeping after the little details. Levering pointed out that even the smallest inconsistencies, such as young heifers pulling out CIDRs, can be detrimental if not immediately detected and addressed.
Technicians involved with the breeding herd should be reputable and qualified. Experience, knowledge and passion are some major characteristics these individuals should possess. Sometimes rotation of duties among various technicians is a good practice to prevent fatigue and stress.
Proper cattle handling, facilities and stress all contribute to herd fertility. Moving cattle post-breeding, often a necessity on larger operations, can be tricky. According to one study, if animals need to be moved, it should happen within the first 5 days post-breeding to avoid pregnancy loss. While there is no “silver bullet” to guarantee conception, small steps such as pre-calving vaccinations, selecting fertile genetics and proper nutritional management all promote the best possible odds.
While there is more research in order, Levering highlighted the importance of the right semen and handling it properly. In terms of semen quality and fertility, buying units from a reputable bull stud company is often a better choice than custom collected animals. Younger bulls often collect very well and are known for being more fertile, but their semen often doesn’t do as well with post-thaw motility so extra care should be taken in handling.

Efficiency keys
Efficient reproduction means both profitability and sustainability, according to Dr. Randall Spare, a veterinarian from the Ashland Veterinary Clinic in Ashland, Kan. There are four key areas that are necessary for a reproductively efficient herd. “I believe the producer is in control,” he said, “each one of us are in control today.” These four keys are genetic choices, docility, nutrition and health.
Animal health as it relates to breeding falls into three categories, calf immunity, cows, and sires. At the cornerstone of calf immunity is in colostrum intake. “It’s not black and white, it’s a degree of response to colostral intake and we need to make an environment for those animals to calve, that calf to get up, and nurse and fill its belly full of colostrum,” Spare said. An important disease in monitoring herd health is BVD. Testing for persistently infected (PI) calves should be a regular occurrence in every herd. Spare narrowed BVD management to five short points: test regularly, vaccinate, keep a closed herd, and implement a biosecurity practice. Herds that opt to use live cover instead of A.I. should take their sire health very seriously. Buying young virgin bulls under a private treaty is always the safest route to go. Leasing bulls should be avoided as part of biosecurity.
According to Spare, docility is a trait of increasing importance. Aside from the obvious safety hazards, many studies have repeatedly found that animals with naturally higher-strung temperaments have inferior performance to their calmer herdmates. “We know that those animals that are wild, they cause a problem,” he said, noting that poor facilities and animal handling can also promote less docility. However, docility is a trait that can easily be incorporated through sire selection. Of nutrition, the most important take away is maintaining body condition of the cow herd. Mineral programs are also important. Calving ease has become a paramount genetic trait, especially for young heifers calving. Spare recommends that bulls used for calving ease should be in the top 1-2 percent.
As stated by both Spare and Levering, these components of reproductive success only work when they all come together and are maintained by everyone involved with the animals. Spare notes that the results from following this regimen will lead to a better pay out from picking up maximum animal premiums, enhanced cow efficiency, and overall herd productivity.