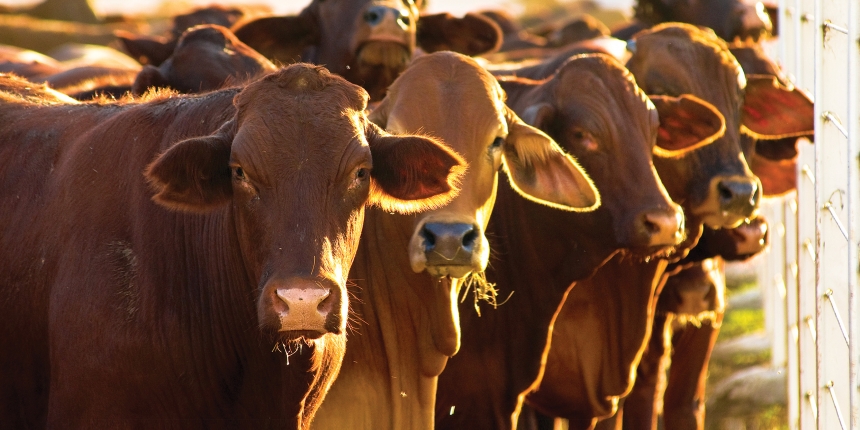 Cull cows are a fact of the business. They’re certainly no one’s career highlight, but they certainly do drum up a lot of discussion in cattle circles. Your neighbors might be shocked that you have producing 12-year-olds while a buddy from the sale barn can’t believe you didn’t chop your undesirable two-year-olds last time beef prices were up. Regardless of where you sit, this unglamorous aspect of management has a significant impact.

Like all significant decisions, what makes it to your cull cow list should be given due thought and reasoning. Because the needs of your herd and the outside beef industry are so fluid, it makes sense for your culling parameters and specifics to need a tweak or two on occasion.

Some data out there cites cull receipts as accounting from 15-20% of gross income on beef operations. C ulls also account for approximately 10% of beef consumed in the United States. Clearly these animals have value, and you want to take advantage of it and make sure they make it to a trailer before they are found dead in the pasture.

Let’s also not forget the role culling plays in shaping a herd. The bull is primarily responsible for the genetic potential of your herd; but culling undesirable or unusable females is a tool to weed out poor quality genetics.

Voluntary vs. Involuntary
What constitutes voluntary and involuntary culls might vary depending on who you ask. For example, different operations may have different tolerance levels to how long a cow may be allowed to be left open before she makes it to the list. Oftentimes, voluntary culls are things like poor progeny performance, poor maternal instincts, and other genetic imperfections. Undeniable involuntary things might be things like testing Johne’s positive, cancer eye and the like.

Why does the distinction matter? Knowing what makes your voluntary and involuntary list can help you prioritize when and why animals need to go. Remember, culling animals shouldn’t necessarily be taken lightly. Some numbers say it takes about six years before a cow has truly paid herself off and is now entirely turning a profit. That said, you also need to be aware of the “non-negotiables” are regardless of how nice or promising an animal might be, such as one carrying a contagious disease.

“The first cut will be to eliminate open cows and those that lost calves due to excessive calving difficulty,” Boyles wrote in one of his white papers. “On the average, a cow that does not breed one time will lose fifteen to twenty percent of her lifetime production potential. It will take the net return from two to three productive cows to pay for the maintenance of the open cow.”

In the boat with open cows are cows who repeatedly calve late. Younger animals who calve late enough to fall outside your optimal window need to be considered. You might be able to allot some room for this when it comes to older animals, but don’t sacrifice a uniform calf crop in the name of a few outliers.

Maternal characteristics are another that should be fairly high on the priority list. This takes attention to detail and a certain degree of self-determination. It is valuable to know which calves have performed poorly due to poor dams. Growth and weaning weights are not necessarily great measurements for this as they will favor smaller framed animals. Instead, you want to have an idea of where the cow contributed minimizing environmental factors. For example, which calves are so hungry they’re sneaking away to nurse off other cows? Who has a history of leaving orphans?

Maternal characteristics aren’t just tied to calf care and milk. You want to also consider udder health and confirmation. Cows with very large bulbous or funnel-shaped tears are very difficult for calves to nurse off even if they are heavy milkers. Poor attachments and weak medial suspensory ligaments are also things to watch for. As a cow ages, these only get weaker and an udder that is too low is also difficult to nurse off of and very susceptible to mastitis. Worth noting, udder traits are very heritable. Besides the obvious calf-rearing issues, they are something definitely worth the cull by genetic merit alone.

Old cows are always the first on the chopping block, but the age at which a cow is “too old” can be debated far and wide. A study conducted in Florida found that the decline in reproductive efficiency went down from ages eight to 10, but the bigger declines were after 10 and 12. But of course, this is highly variable, so age alone isn’t a sufficient way to make a decision.

Instead, make your decision on how an older animal is performing and taking care of herself. Depending on the region you live in, the winter elements may be a very real factor in productivity and life expectancy beyond a certain age. Cumulative environmental factors also weigh in. If you are feeding on very sandy, rough soil or have an acidic water source, losing and wearing down of teeth may really weed out animals fast as they age as they become less able to graze efficiently. If a cow has her considerable strengths, consistently breeds back and keeps well, there’s no need to cull by age alone.

All about the Records
Accurate culling all comes down to accurate records and accurate records come from reporting incidents. Open cows, being a high point high on the list, need to be documented as soon as possible. This makes a very good case for preg checking your herd. You can train your employees to palpate or hire an ultrasound technician, and it can be worked into the vaccination schedule without an extra trip through the chute.

To truly get a feel for who is at the bottom quarter of your herd, you’ll need a few years worth of data on hand to go through. Treatments should be noted in that list of records. Animals who are mediocre performers but routinely go lame or get mastitis are easy to put on the list when beef prices are good.

Some producers select a certain bottom percentage of the herd as an ultimatum. This percentage can be drawn from whoever consistently ranks the lowest in the points you have set for your herd be it poor mothering abilities, repeated openness and so forth. But the more data you have the better you can accurately access each animal and see the patterns, off year flukes and repeat offenders.

It’s a bit of skill discerning who makes it onto that one-way trailer ride. And sometimes your decisions may not always be what’s best in the long term. Train yourself to be an observer of what the animals do when they’re in your herd and when they leave it. Remember, intentionality helps build confidence and forces you to take an active role in the your animals’ productivity.