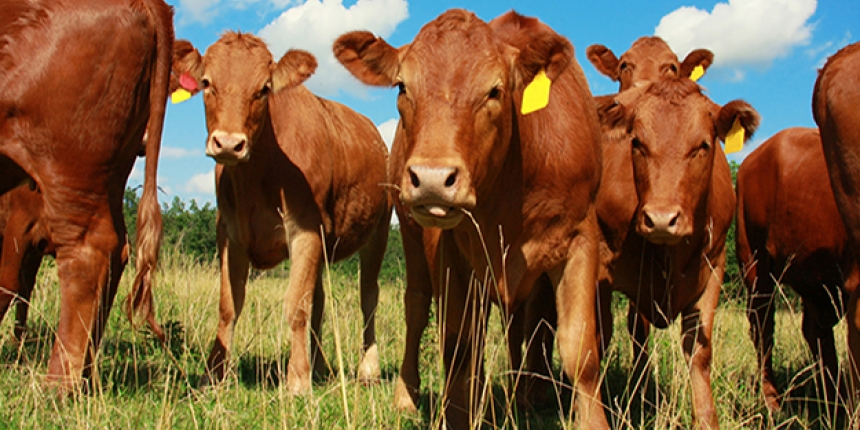 Convenience traits are those cattle traits that contribute directly to savings in time, facilities, drugs and labor in a cow-calf enterprise.  Some examples of these traits would be temperament, polledness, structural and udder soundness, disease and pest resistance, heat tolerance, doing or fleshing ability, mothering ability and calving ease. Many of these traits of convenience are not highly heritable but contribute to the ease of participating in and enjoyment of the beef cattle industry.

Temperament is a measure of the relative docility, wildness or aggression of an animal toward unfamiliar situations, human handlers or management interventions. Temperament reflects the ease with which animals respond to handling, treatment and routine management. Animals with bad disposition problems are a safety risk to handlers, themselves and other animals within the herd. Disposition affects handling equipment requirements, operation liability exposure, beef quality assurance, carcass quality and performance.

Wild, hard to handle cattle are a danger to themselves and the people working with them. They are the ones that create handling and gathering problems. Once they are confined, they are the gate and fence crashers. They are wild eyed upon leaving the chute and exit the head gate on the run. They may look for something to hit and when extremely agitated may look for a human being and charge.

In addition those wild, unmanageable animals do not perform as well as calmer cattle in the feedlot. Research from Iowa State University has shown that these types of cattle gain nearly one-half pound per day less than easily managed cattle and returned $61 less profit. Also easily excited cattle tend to produce carcasses that have a higher incidence of dark cutters, which are heavily discounted in market price in the packing industry.

Results of a survey of Tennessee cow-calf producers, conducted during three performance tested bull sales, revealed that temperament was rated 4.13 out of 5.0 as being important in sire selection. Cow-calf producers do not want a bull with a bad attitude. Heritability of temperament is moderately high and directional change can be made by selection and culling. The North American Limousin Foundation has developed their own breed EPD for docility or temperament which aids in making directional change in their breed for disposition.

Dr. Temple Grandin, has found that location of the hair whorl on the forehead in cattle is associated with temperament. Cattle with hair whorls above the midpoint of the eyes are more susceptible to excitement than cattle with hair whorls below the midpoint of the eyes. Excitability is measured when the cattle are in the chute by temperament scores assigned to them according to their response to restraint.

One of the most important functional traits of a beef cow is udder and teat conformation.

Beef producers are less likely to consider udder shape and characteristics as would dairy producers, but these attributes affect cow productivity and longevity and should be considered in a beef cow-calf operation. Udder and teat quality are important functional traits and appear to be heritable. Their soundness should be an important concern because of their relationship to injury and mastitis and calf performance affected by reduction of milk flow.

Oversized teats provide difficulty for newborn calves to nurse and receive adequate colostrum, which could lead to a higher incidence of scours or decreased immunity levels in the newborn calf.

Usually teat circumference will cause problems much more often than teat length. Short to medium length teats are preferred over long teats. Sound, well attached udders are less susceptible to injury than very pendulous poor attached udders. The teats should be placed squarely under each quarter. When viewing the udder from the side view, the udder should display a level udder floor without any quartering. The median suspensory ligament is the support that ties the udder to the cow’s body wall. A weak suspensory ligament allows the udder to hang down too far from the body and subject the udder to serious problems.

Sound feet and legs are essential in order for bulls to cover many acres of pasture for mating with cows and obtaining adequate nutrition. Structural soundness is not an all or none situation but expressed in various degrees. Inspect prospective sires in a systematic manner. Inspect the bull’s feet, toes, heels, pasterns, knees, hocks and sheath. When viewed from the front, the feet should point straight ahead, both when the bull is standing and walking.  The feet should be large and round with a deep heel and with toes that are similar in size. When viewing from the rear, the legs should be equally far apart at the hocks and pasterns and then toe out slightly from the pasterns to the ground. The bull should move freely with each hoof striking the ground evenly. When on the walk, a structurally sound individual’s hind feet will cover the footprints made by the front feet. Short, choppy strides are usually the result of the hind leg being too straight (post legged) and/or not enough angulation to the shoulder. Bad feet, pigeon toes, excessively straight or sickle hocks and loose pendulous sheaths are examples of the more common structural problems.

Replacement females should remain functionally sound to advanced ages. Proper foot, leg and udder structure is important in the beef cow or replacement heifer to insure longevity. A cow’s udder should be well attached, level across the bottom and have small to moderate sized teats that are not excessively long or excessively large in circumference. Soundness of the udder will generally deteriorate with age. Cows with impaired mobility, un-sound mouths, pendulous udders or excessively large or a balloon teats are candidates for culling.

De-horning is a labor intense management practice that requires additional health attention. Polled cattle are less troublesome when working them the possibility of injury to both producer and animal is reduced. Cattle without horns require less time and labor. De-horning can be accomplished by selection of a polled bull since the polled gene is dominant to the horned gene.

Assistance at calving is labor intense and can be greatly reduced by selecting herd sires that have below breed average birth weight EPDs or an excellent EPD for calving ease. Also, stress incurred by the cow and calf at birth can lower the resistance of the newborn calf and make it more susceptible to disease and health problems. In addition, stress incurred by the cow during a difficult birth may delay her return to estrus following calving and lengthen the following year’s calving season.

Doing ability or fleshing ability is a measure of the adaptability of the cattle with their given resources on which to produce. Hard doers are those that do not adapt to their given set of resources and require extra attention or feed to produce. It also affects the longevity of the animal in question. The Red Angus Association has developed a Stayability EPD, which measures the likelihood that an individual will stay in the herd past six years of age.

The cow-calf industry is composed of many part-time operations that are maintained to supplement other farm enterprises or off-farm income. Labor is a limiting resource in many of these operations and there is a trend in selecting for improvement in convenience traits while maintaining optimum performance. Many of these convenience traits are not highly heritable, but by selecting for them and culling those that do not fit the producer’s objectives, improvement can be realized and enjoyment increased.