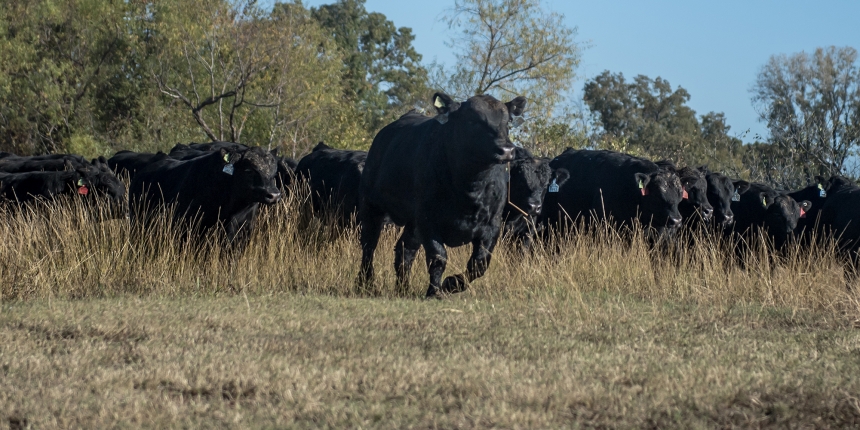 Choctaw County Land and Cattle (CCLC), a 2,000-acre ranch located near Boswell, OK, is becoming known for its combination of storied history and tradition blended with youth, energy, innovation and technology to produce highly acclaimed registered Angus and SimAngus seed stock.
Owned by Steve and Shelley Jackson since 2001, the initial focus was a ranch that provided recreational hunting and fishing for family, friends and business associates. However, with the help of Jerry Malone, a neighbor and friend, they also wanted to develop their own cattle herd. So, in 2007, they acquired a nucleus herd of purebred Angus open heifers from a Gardner Ranch sale, and in 2010 bought a load of Angus females from Ratcliff Ranch near Vanita, Ok. They soon became friends with Billy Hall, longtime manager for Ratcliff Ranch.
During a later conversation, Billy mentioned to Steve that he was leaving Ratcliff Ranch to become a partner in Chappell Feedlot near Chappell, Nebraska. His only regret was that he would be leaving the genetics program that had been his passion for the past 20 years. After further discussions, they decided to join forces to build Choctaw County Land and Cattle into the leading provider of genetically superior Angus and SimAngus seedstock for the commercial cattlemen in their area.
An important part of their initial strategy was to purchase an interest in Schiefelbein Effective 61 along with Genex Semen Company to serve as their new herd sire. Fortunately, Billy made a great call and Effective has turned out to be the true cornerstone of the CCLC program and today is one of the top semen selling bulls in the Genex line up. Effective’s ability to sire moderate framed, easy fleshing cattle that adapt easily to their southern Oklahoma environment has been impressive. The bulls and females enjoy superior qualities that are well suited for Choctaw’s commercial customers.
From the beginning, their business plan for Choctaw County Land and Cattle has been simple:  “Combine the best genetics in the industry with state-of-the art facilities and methodologies to consistently produce healthy genetically superior cattle with the desired temperament.” Both partners understand that excellent data is a mandatory tool necessary to advance cutting edge products for any business. It is not just the collection of data, it’s the quality, sorting and cross referencing of the data that turns it into information that can be utilized to make informed decisions. For example, all the CCLC sale bulls have been through the Grow Safe Feed Conversion System at Chappell Feedlot and this data is used in combination with EPDs, $Values and Genomic testing data to help the partners make decisions about any number of issues.
According to Hall, “Our focus is on practical genetics that work for the ranching environment. We are not chasing extremes or fads. Instead, we continue to build on highly predictable genetics that will reduce input costs and generate more revenue in a sensible manner for our customers.” 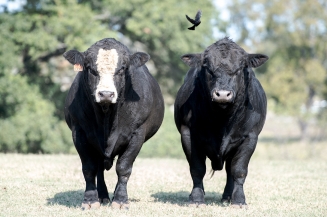 The impact of this type of genetics strategy was apparent at the first annual Choctaw Land and Cattle Bull Sale held last April. “Since this was our first sale, we really didn’t know what to expect or didn’t even have a good guess about many people would show up that day”, said Jackson. “Fortunately, due to the foresight and efforts of the guys with the Boswell Rodeo Association, we had enough food to serve lunch to over 300 people, and we sold all 70 head of 18-month old Angus and 35 top replacement females.”
Jackson noted he and his wife Shelley were truly amazed by the entire experience. “All I can say is-it was a happening and the support from the Boswell community was incredible. The day before the sale, due to the construction of our new sale barn, the parking lot and the road leading to it from the highway were a mess and we didn’t have the right equipment to wash away the debris. Then, literally out of nowhere, the Boswell volunteer fire department shows up to help and within a couple of hours, the whole place looked great.”
Jackson continues, “Also, not expecting such a large turn out, we didn’t have enough seating for the auction. To this day, I’m not sure who made the call but just before the auction was to begin, 100 chairs showed up compliments of Boswell’s school system and were immediately set up by FFA volunteers. I have always been impressed with how the Boswell community pitches in to help a family pay for medical expenses with a ‘Pie Supper’ or making sure that the homecoming parade and rodeo are a success. I just never figured that my family would someday be fortunate enough to become the beneficiary of their kindness!”
Response from buyers at the first sale has been excellent. Pete Anderson, manager of Quarles Ranch based out of Hominy, OK, is one of those satisfied customers. Anderson had been buying bulls from Billy Hall while he was manager for Ratcliff Ranch. When he saw the sale advertisement for the first annual Choctaw County Land and Cattle Company first bull sale, he noticed that both Billy Hall and Cindy Wayman were part of the CCLC team. Not only did he attend, Anderson was the volume bull buyer and received a homemade jar of Larry Hughes’s “world famous jalapeno relish!” Reflecting on the sale, Anderson says, “I have been very pleased with the bulls, and I am planning to be at their sale this coming spring.” 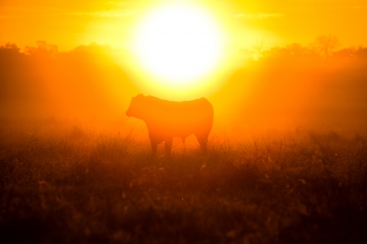 At the same time, Steve Swigert, Director of Ranching Operations with Choctaw Ranches, also thought that CCLC had an excellent initial sale with quality animals available for sale to the buyers. “The condition on the bulls was good, and the six bulls we purchased in the spring sale were used successfully in our breeding season a month later. Choctaw County Land and Cattle has excellent sale facilities, and it provided an opportunity to get a good look at the bulls prior to the sale.”
Larry Hughes, who is from Boswell, OK, has been a neighbor and friend for many years. Over the past five years, he has purchased 17 CCLC bulls. “The bulls have always lived up to our expectations as far as the economic benefits. An added bonus has been the herd’s improved temperament each year as the herd continues to transition.”
The goal of CCLC is to provide livestock that meet the need of the rancher and establish a long term personal and business relationship. 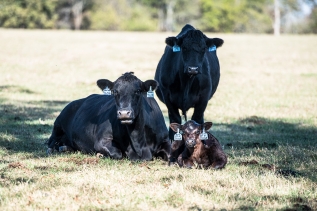 Plans are already underway for the second annual Choctaw Land and Cattle Bull Sale set for April 8, 2017. Hall notes, “This second sale will be bulls only, because we are building on our genetics and need our heifers to grow the herd. After finishing the Grow Safe Feed Conversion test, we brought the bulls back to Choctaw and turned them out in large pastures. These bulls grow and gain but are not over-conditioned which allows them to ‘just be bulls’ and go to work at turn out with little to no issues. We feel that this approach to bull development is one of the many customer service advantages of the Choctaw program. Then in 2018, we plan to offer twice as many bulls and top replacement heifers.”