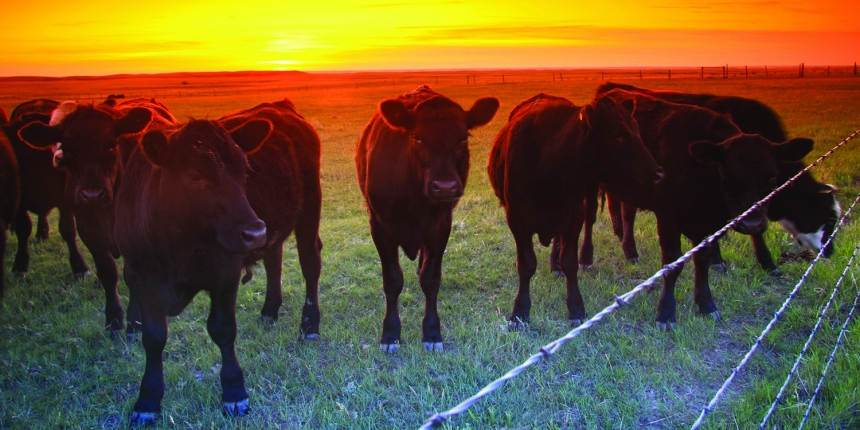 Bovine respiratory disease (BRD) is difficult and costly to manage in the cattle industry. It has both short- and long-term production and economic effects with a lack of consistent approaches for combating the disease. The main problem is not only detection, but early detection. Once an animal begins displaying the outward signs of disease, such as lethargy, lack of appetite, runny eyes and nose, it has already been sick for 48-72 hours. At that point, your options for treatment are limited, usually defaulting to a variety of antibiotics.

There is now a unique device on the market geared specifically toward early BRD detection. The TempVerified FeverTag is an ear tag that utilizes a small probe in the ear canal to accurately measure an animal’s temperature. Extremely light-weight at 17 grams, the tag will activate a very bright LED light for easy visual identification when the internal software calculates an animal is entering a fever threshold. It then continues to monitor the animal for treatment success and/or recurrence.
According to FeverTags, the mere presence of an elevated temperature is not an indicator of fever. FeverTags internal and independent research over many years and thousands of head of cattle, proved it is the combination of temperature plus the duration of the fever that determines BRD.
Alvin Fults, Founder of FeverTags explains the benefits, “We are cattlemen who have developed a tool for cattlemen. This device will definitely save you money by early detection of the onset of BRD. Our fed cattle death loss has gone down, the use of expensive drugs has decreased and by catching the early potential onset of BRD, we’re able to treat an animal without antibiotics and keep it eating and gaining weight. There is no doubt, this device delivers an impactful, immediate and high multiple returns.”
FeverTags offers the only device to monitor an animal in an undisturbed state because once you move animal through a chute and into a head gate for a rectal temp check, it is likely stress will cause a rise in core temperature. John Richeson, Associate Professor of Animal Science at WTAMU and longtime proponent of FeverTags, said, "FeverTags is a great tool to help understand fever in cattle without having to handle or stress them." Another user, Ross Haven with Nichols Farms in Bridgewater, IA said of the TempVerified FeverTags, “You’ll find the sick ones, without them, you won’t.”
John Greer, Chairman of Fever Tags, stated, “Independent studies conducted by the University of Surrey in England, the Royal Veterinary College in the UK, several universities in the U.S. and two of the largest animal pharmaceutical companies in the world have substantiated the results of years of testing.
Greer further states, “As excited as we are about our extremely low-cost TempVerified FeverTag and its adoption in the industry, we are even more excited about our new connected data tag, which will not only incorporate our fever detection algorithms, but the full temperature spectrum as an indicator for other biometric issues with cattle. We will be able to provide a producer or stakeholder the ability to store, manipulate, track and evaluate individual or herd data trends, individual health, vaccine, breeding and performance records, locational capabilities, RFID capability and bar code scanning for vaccines. This will be a cloud-based, interactive data tag that you can access from any hand-held device or computer.”
The new Data Tag is due out Spring 2020.
It appears with country of origin labeling, traceability, cattle ID, individual and herd data and biometric monitoring, FeverTags is delivering just what beef producers need.