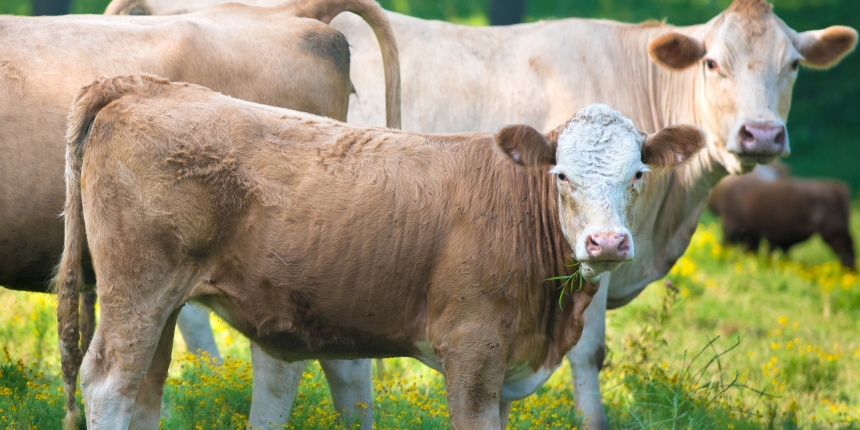 It’s one of the most unglamourous plagues your cattle might suffer – cancer eye, the layman’s term for ocular neoplasia, which is a type of bovine leukosis. While it’s certainly not the only eye-related afflictions impacting cattle, it is one of the uglier, more disheartening ones to watch them suffer through.

Fortunately, there are treatment options available, but the near- and long-term implications (and cost) may force some difficult decisions to be made.

Unlike many other ailments, there’s no vaccine or prevention protocol you can follow that will drastically alter your likelihood of encountering this issue. However, there are a handful of indicators to catch the problem early on.

The Ugly Background
While there are different neoplasms or growths cattle can develop on and around the eye, cancer is the most common. The problem is, those innocent and harmful can look very similar early on.

According to the Merck Veterinary Manual, eye cancers often begin as small benign, smooth and white plaques appear on the surface of and around the eye. Over time they progress more aggressively going into a papilloma and carcinoma stage. Other times, they directly become malignant with no warning.
In the benign stages about 30% of lesions may spontaneously regress, according to Merck. These can usually be diagnosed by appearance during later stages, but lab testing can also confirm.

After removal, the results are usually pretty positive, at least in the short term. But Merck reports about 25% recurrence in the exact same or different site.

While prediction isn’t an exact science, there is certainly a genetic component to cancer eye. When possible, animals who develop lesions or malignant tumors – especially breeding bulls – should be culled to prevent further issues. But for highly valuable animals, it may be worth pursuing more extensive treatment and take a chance on the heritability.

While all breeds are at risk, animals without pigment around their eyes, such as Herefords, are significantly more likely to develop cancerous growths. If monitored carefully, such at-risk animals can avoid becoming cancerous by removing tumors lesions at first warning – but this will take time and veterinary costs.

Breeding for pigment around the eye might be able to help combat this issue. One study from Canada found that the amount of pigment around the lid greatly reduces the risk of cancer eye in Herefords. It found that, generally, the amount of pigment lessens susceptibility and chance of lesions developing in the first place. This is largely because they protect against carcinogenic agents such as ultraviolet rays found in sunlight.

With more research, there is hope that we can effectively breed or gene-edit for resistance. According to the New South Whales Department of Primary Industries, susceptibility of the condition is about 0.2 to 0.3.

Treatment
Because it can be confused with pinkeye in some instances, herdsmen should be trained to identify both early lesions and true, malignant tumors. Often, these issues don’t show up until later in life, so when working with animals it pays to be suspicious of any unusual eye irritation or abnormalities.

Small lesions and some cancers can be removed via freezing, heating, minor surgery or even radiation. Which method is best, and the implications of recovery, vary greatly depending on number of tumors, their stage of progress, size and location.

For example, this cancerous growths on the third eye or lid are usually pretty easy to remove. Tumors or lesions that are on the eyeball itself may be much more difficult to remove. In some cases, it may be a simple local anesthetic, a quick snip and the problem is gone forever.

In some situations, radiation is technically possible, but unrealistic in most cases except in cases of high value animals.

Lesions or tumors that are chronic and reoccurring even after previous removal may be a good indicator it is time to permanently cull that animal.

Long-lasting consequences
When purchasing older animals – especially Herefords or individuals lacking eye pigmentation –attention should be given to the eye area. Even seemingly innocent lesions or plaques not yet malignant should be reason to seriously consider purchase – especially when planning to breed or resell.

Animals that are suspected of having lesions should not be ignored. Not treating or culling animals with malignant tumors may be against animal welfare legislation in some particular states – plus it is painful and chronic without treatment.

If the tumor has progressed beyond a certain point – such as the eye is destroyed, there’s continuous discharge or surrounding lymph nodes are contaminated, the carcass is likely to be condemned entirely. According to Food Safety News, cancer eye is the most common form of bovine cancers that cause condemns carcasses. It can also dock you at the sale barn or otherwise lose you buyers.

Preventative medicine is the best case in terms of cancer eye, it involves vigilant handling of benign growths and lesions. Likewise, a well-thought culling protocol has its own significant role to play. 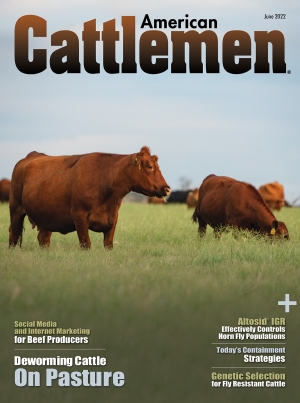