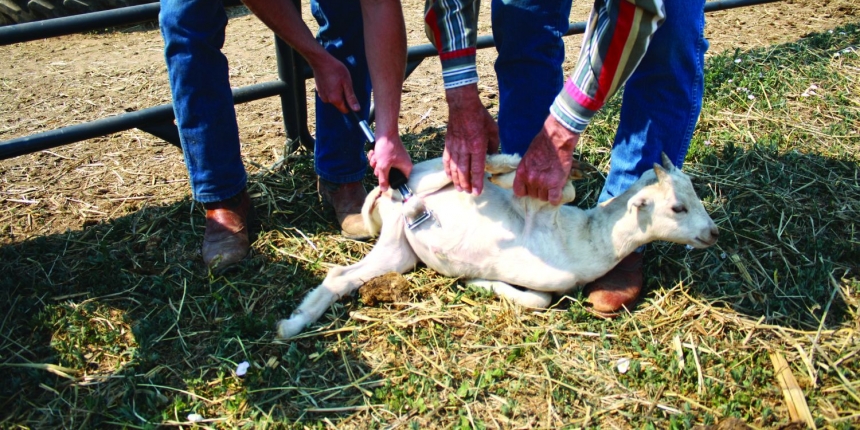 By Maura Keller | Sponsored by No Bull

When Kansas rancher Mike Callicrate created his Callicrate Bander in 1991, he had long searched for a better 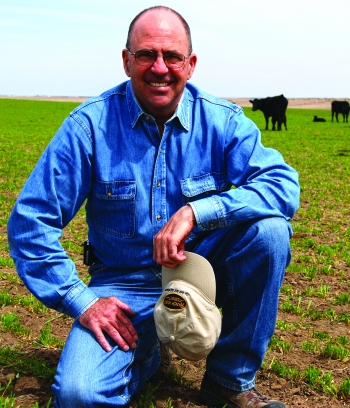 method of castration, to no avail. He wasn’t getting complete ligation with the products that were on the market at that time. Convinced that he needed proper tightness to achieve effective, bloodless and humane castration, Callicrate created something entirely new to address the drawbacks of the existing technology. And the rest, as they say, is history.

Since 1991, two new banders have been introduced: the Callicrate PRO Bander for delayed castration and the Callicrate WEE Bander for early castration. These high-quality products are manufactured and assembled in the small town of St. Francis, Kansas, with a team of 40 people working to bring these leading-edge castration products to ranches and farms throughout the world.

At their core, Callicrate Banders, are the most humane and effective castration tools on the market. As Mike Callicrate explains, due to emphasis on high-tension ligation, the banders excel at achieving a band with correct tension, every time, minimizing discomfort and reducing physical complications.

The bloodless (non-surgical) procedure reduces the risk of infection and the risk of injury to both the operator and the animal. The technique also is both faster and safer to perform than surgically castrating animals. Animals banded with Callicrate Banders rarely go off feed and show little discomfort during or after the process.

“Our products offer humane, bloodless and drug-free castration,” Callicrate says. “We still manufacture the original Callicrate SMART Bander, which is proven to be a top quality tool and has set the standard for the industry for many years. But we’ve also added the WEE Bander for smaller animals, which replaces the highly stressful elastrator ring.”

Recently, Callicrate also introduced a new upgrade, the PRO Bander, which simplifies the process by eliminating the crimping lever and offering a new mechanism for securing the band in place to achieve proper tension. All of these products are made in the USA from the highest quality most durable materials available. 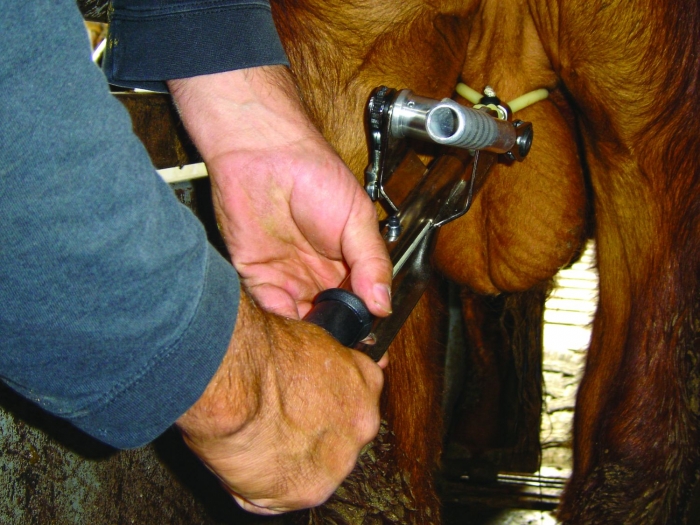 Bander castration works well on cattle, goats, alpacas and sheep, and any other species with a scrotum. Although the bander is mainly used for castration, it has many uses, including removing horns and treating prolapses.

Tom Reese, a rancher in California, bought a Callicrate bander after hearing glowing reports from a friend. But he was skeptical about late castration not interrupting the rate of gain on the calves.  “Since I weigh my animals every time they go through the chute, I checked that out,” Reese said. “I was amazed at the lack of any discomfort shown at banding, and the gains continued for those calves in the month following banding right on track with what they were doing before. You can’t do that with surgical castration, especially with big calves.”

By using the Callicrate SMART or PRO Bander for delayed castration, cattlemen can keep young bulls intact, allowing them to grow more quickly, and then castrate them late in the finishing stage. The obvious advantage to this is that the animals continue to grow much faster and develop better muscling due to the ongoing availability of natural testosterone.

“This provides an effective alternative to use of synthetic growth promotants,” Callicrate says. “Additionally, purebred operators have the option of waiting to see how their bull calves develop before deciding whether to leave them intact for use as bulls or sell them as feeder cattle.”

For smaller animals, such as newborn calves, sheep, and goats, the Callicrate WEE Bander is a state-of-the-art, high-tension nonsurgical castration tool specifically designed for smaller animals. The WEE performs far better than elastrator rings, which lack sufficient tension to block pain and therefore do not meet the public’s heightened concern for humane animal treatment.

“By insuring proper application of the band, the Callicrate WEE Bander achieves the increasingly rigorous standard for animal care and wellbeing worldwide, while allowing for successful banding of smaller animals at younger ages,” Callicrate says.

So why is the Callicrate so much more successful than traditional castration methods? According to Matt Sween, University of California-Davis Science Department (1999), placing a high-tension band on the scrotum appears to generate a more localized immune response than surgical castration. And, if done properly, banding doesn’t result in any apparent depression of the animal’s appetite or rate of gain. 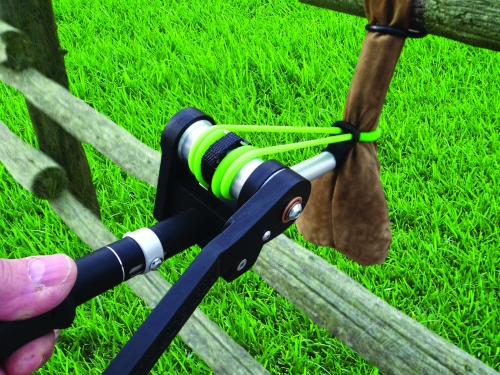 “The bottom line is that high-tension banding is faster, easier and less traumatic for the animal than surgical castration. Even if it didn’t return an extra 10 to 20 pounds at weaning, it would still be a great benefit to animal managers.”

When it comes to selecting a castration method or product, a common mistake that farmers and ranchers make is only looking at the price and often settling on the elastrator ring, which means they get incomplete castration and cause the animal undue stress.

“They save a little money on the product but it costs them dearly in terms of animal performance, health and comfort,” Callicrate says. “We provide them a high-quality, dependable tool that’s easy to use and works every time. It’s easy to use and safe for both the animal and the operator.

“We also follow-up with responsive customer service if they have any questions. We have nationwide distribution and provide clear and concise instructions and have several demonstration videos on our website at CallicrateBanders.com”

For more than 25 years, Callicrate has embraced the opportunity to provide good animal husbandry to millions of cattle.  “I enjoy the satisfaction of knowing I’ve contributed to the care and production of quality beef,” Callicrate says. “I’d like to know we’ve helped people improve their income and made their businesses more successful.”