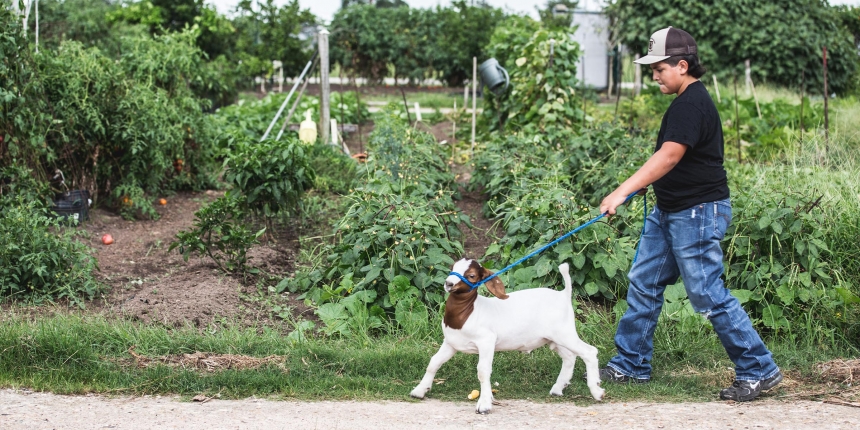 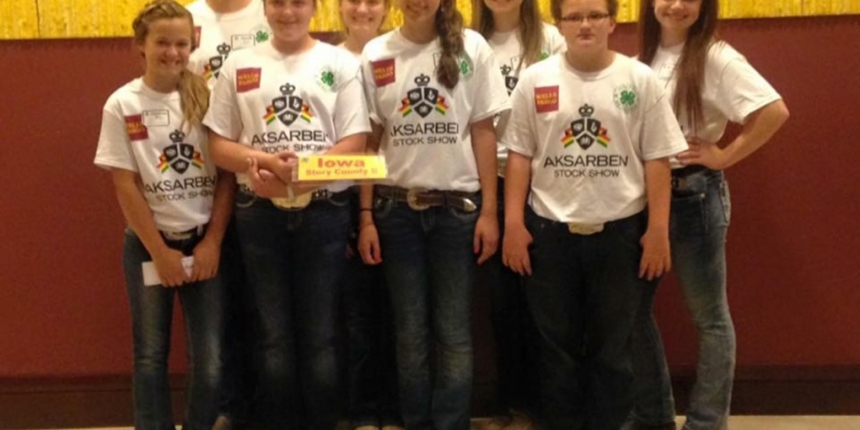 By Steve Weisman Sponsored by Bekaert

Founded in Belgium in 1880, Bekaert (fencing.bekaert.com) has grown to be the world’s largest independent manufacturer of drawn steel wire products. Here in the United States, Bekaert’s fencing products provide innovative solutions for 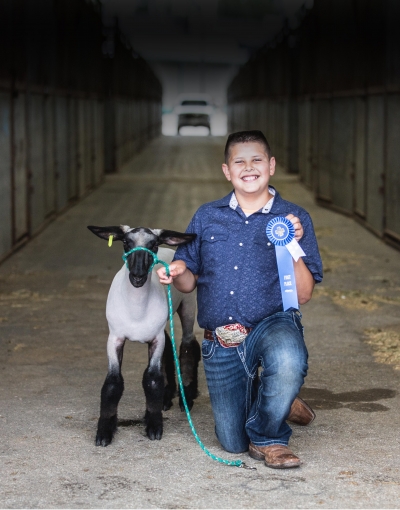 growing crops and raising cattle, equine, hog, sheep, goat and many other animal applications as well as growing crops. In addition, their fences are used to exclude humans or predatory animals.

Better together sums up the unique connection between Bekaert and its business partners. Melissa Turner is the Plant Manager at Bekaert Van Buren in Arkansas, where all of the fencing products are domestically manufactured. “We take pride in our jobs, our products and the value we bring to our community. We are farmers, bikers, outdoor enthusiasts, musicians, veterans, sports-fans, scholars, athletes, and animal-lovers who actively engage in living life within our community. “

For Turner, better together is about giving back. “Bekaert enhances what our employees do by coming alongside these organizations, including local youth sports teams, school clubs (4H, FFA, VoAg), the boys and girls club, feeding programs for local youth in need, music in the community, community cook outs and Chamber of Commerce events.  Our team has also donated and installed fences within our community including local parks, sports fields, and even local cemeteries.

At the same time, Bekaert realizes that the future in agriculture truly lies in the nation’s youth. As a result, Bekaert has developed a partnership with the National 4-H Council to support 4-H, the largest youth development organization in the US, that empowers nearly 6 million 4-H youth in urban neighborhoods, suburban schoolyards and rural farming communities.

Both Bekaert and 4-H believe in the power of America’s youth to succeed in life; however, too many kids lack opportunities that prepare them with the skills to lead in their lives, community and careers. 4-H empowers young people through hands-on experiences – where they can learn by doing, grow from failure, express their ideas and have an opportunity to learn and to lead. 4-H youth are empowered to be true leaders – young people who have real confidence; know how to work well with others; can endure through challenges; and will stick to a job until it gets done. The 4-H experience is proven to grow true leaders with life skills like independence, resilience and compassion.

For years, Bekaert has supported 4-H in their goal of reaching and building youngsters’ success. Now in 2016, Bekaert continues its partnership through Grow True Leaders — helping 4-H support the next generation of farmers. Specifically, Grow True Leaders is 4-H’s national campaign to grow 4-H’s annual service from 6 million youth per year to 10 million, by 2025. The nationwide campaign runs through the end of the calendar year, with focused activity and promotion at key times of the year around three calls to action—Shout, Share and Support– to rally the nation in growing a generation of more true leaders prepared to lead in life, community and career. The April – June campaign revolved around “Shout” with the idea of honoring youth who are making an impact in their lives and the lives of others through Shout outs on Facebook, Twitter, Instagram and their website using hashtag #TrueLeaders. The goal of this campaign was to raise visibility for 4-H by creating a groundswell of voices celebrating the power of youth.

Most recently, Bekaert partnered with the 4-H in a nationwide competition to share the spirit of being a true leader and what that means. The result of Bekaert’s “Shout” campaign was a $500 cash prize for the $500 cash prizes for three random selections. Hundreds of touching stories were shared throughout the campaign that truly demonstrated what it means to be a true leader. In a random drawing, three leaders were selected. 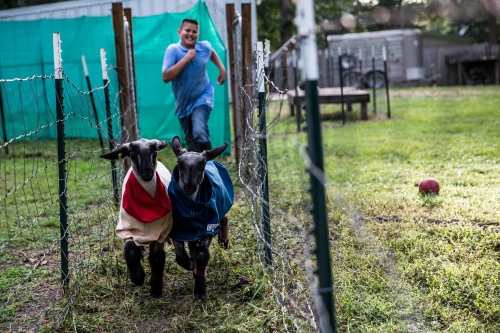 The first honoree was Marissa Zolna, a Florida native. Marissa’s leadership includes a yearly family tradition of placing flags on military graves at the Florida National Cemetery. As an active FFA member and Marshall Middle School chapter Vice President, Marissa volunteers to honor our veterans. Flags are placed with specific measurements, each name is read and a “Thank you for your service is given”. Reflecting on this project, Melissa said, “I think that it’s something we all take for granted, and that we should honor those who serve our country and should respect and honor them.”

Marissa and her family have been doing this for the past two years. “This year we honored over a 1000 soldiers.” As Marissa moves into Tlant City High School, she plans to continue as an active member of the high school FFA chapter. This effort certainly demonstrates a #Trueleader and is a true testimonial of the pride this young lady has for not only our veterans but also the country in which she lives.

The second selection was actually a team effort by the Story County Iowa 4-H Livestock Quiz Bowl Team. Their coach, Katlyn Kahler noted, “As coach of the Story County 4-H Livestock Quiz Bowl Team, I wanted to nominate the entire team because they go above and beyond the call of duty. It’s one thing to show livestock; it’s another to know livestock and they want to do more than the show ring aspect. As soon as state fair is over, they start practicing to prepare for contests.”

In fact, the students were the ones who came to Kahler to put this team together because they simply wanted to learn more. “I love seeing their hard work, determination, and sense of self-responsibility and it needed to be rewarded not just on contest day. They encourage each other, push each other, and spread that encouragement to younger 4Hers to try to get them to join. They also take the knowledge and skills they gain from this team and apply it in other project areas.”

Kahler says, “With the help of the prize money we are hoping to afford being able to travel to other contests. Our goal is to eventually be invited to compete at the National Western in Denver, which will depend on if the state of Iowa puts together

a contest or not.” 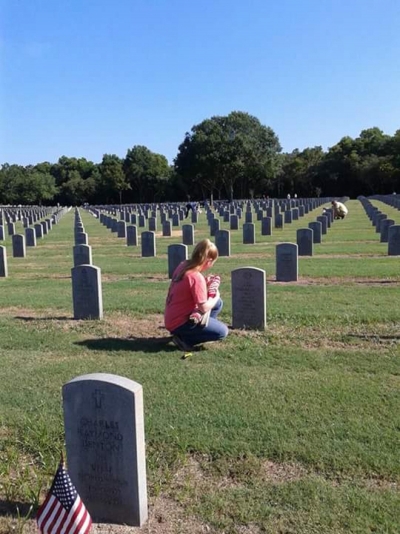 The third selection was Siera Linton, a 14-year-old from Plant City, FL, who has been an active member of 4-H since she was 5 years old. She displayed her leadership and determination when she leapt into action to help save the life of a friend’s show cow that had lost its calf (still born). Working nonstop for more than three hours, Siera kept trying to get the calf out and to save the cow’s life. Siera says, “I wasn’t going to give up, and I was determined to get the calf out.” Luckily, Siera’s arms were long enough and small enough that she eventually got the calf out. Needless to say, her friend was extremely excited to know that her cow would survive. All of the adults, including the veterinarian were amazed and thankful at Siera’s never give up attitude!

The #TrueLeaders photo contest winners were featured on the Facebook page of American Cattlemen. Rick Thomas, publisher of American Cattlemen, says, “Congratulations to Marissa Zolna, the Story County Iowa 4-H Livestock Quiz Bowl Team and Sierra Linton. Your photos and accompanying descriptions demonstrated exactly what the #Grow True Leaders theme represents. And congratulations to all of the competition photo entrants. We were overwhelmed with all of the images and stories of youth leadership in our country and pleased we could showcase all of them throughout the campaign.”

Yes, Bekaert is about fencing. Yet, it is far more than just fencing. They know how important being part of a community is and how it’s all about collaboration. Bekaert is strongly committed to providing excellent fencing products and technical expertise within the agricultural industry. Bekaert is equally committed to supporting the local communities especially in relation to the next generation of farmers.  Bekaert and National 4-H continue their partnership to further the success of youth of our nation. Turner concludes, “Our community is a part of who we are, and as with our customers, we believe that by partnering with our community we are better together!”