Bekaert:Take the Fixing Out of Fencing with Gaucho® Pro Cattleman® 14g Barbed Wire 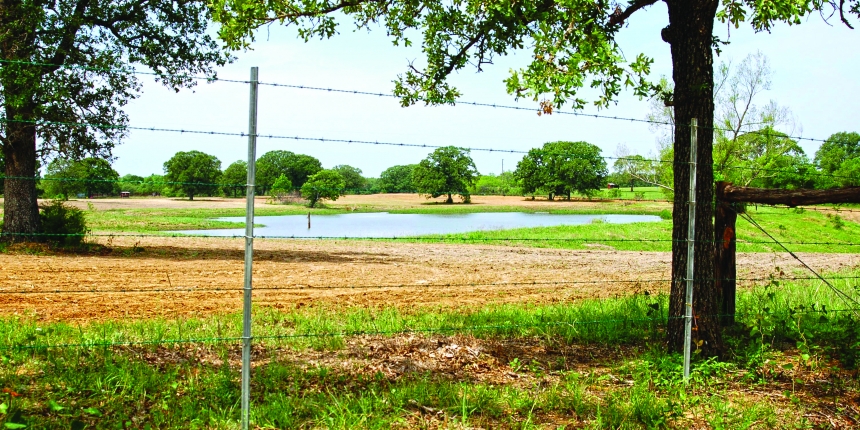 When you pasture cattle, a good barbed wire fence is a necessity. However, one of the most detested jobs cattle producers have to do is fix fence. It seems that every spring several days are devoted to fixing downed or sagging barbed wire fences. For 41-year old western South Dakota rancher, Beau Bendigo, fixing fences has always been part of his way of life. Even as a child, he had to fix fence with his dad. “It was one of the jobs I hated the most,” says Bendigo.
However, since 2010, riding and fixing fences has taken on a different meaning for Bendigo, and now his 14-year old son Seth. “This past spring I had Seth ride the cross fences that we have put in over the past few years and take a notebook with him to write down what we needed to fix. He came back in a couple of hours, and I asked him what we needed.”
Seth’s answer, “Nothing. They’re all good.” Actually, Bendigo had hoped that would be his answer. Why? The answer lies in a specially designed barbed wire that he began purchasing at Cammack Ranch Supply in Union Center, SD, since 2010. The barbed wire is being used to replace the miles of fencing on the 8,032 acres of grassland on which he and his wife, Susanne run their 160 head of Red Angus cattle. Known in the industry as Gaucho® Pro Cattleman® 14g Barbed Wire, the barbed wire is manufactured by Bekaert (fencing.bekaert.com), a world market and technology leader in steel wire transformation and coatings. “The normal fencing wire is a low carbon wire, but it often stretches and sags, which cause real problems when you get a lot of snow and snowdrifts that cover sections of the fence,” says Bendigo. The Gaucho® Pro Cattleman® 14g Barbed Wire is high tensile, which means it is made with a higher carbon steel, which greatly increases the wire’s strength. Since Bekaert is the pioneer of high tensile fencing, it was natural for Bendigo to try. “Not only is the Gaucho® Pro Cattleman® 14g Barbed Wire much stronger, I have found the cost to be competitive and in some cases cheaper than standard barbed wire.”
As a matter of fact, a neighbor liked what he saw of Bendigo’s new fencing that this past summer, he had Bendigo put in a mile of Bekaert fencing on his ranch. “He’s happy so far. He likes the fact that it has remained tight with no need to re-stretch, and he likes the low-maintenance side of it,” says Bendigo.

Making the change
As a cattle producer with over 8,000 acres of fenced in pastureland, Bendigo knew right away that the change to all Bekaert fencing would take time. Since he and Susanne had decided to divide the summer pasture into four 1,600-acre pastures that would be rotationally grazed with cattle moved every 30 days, Bendigo’s plan was to begin with the cross fencing that would separate the four pastures. “I’m always open to new options, and I felt the Gaucho® Pro Cattleman® 14g Barbed Wire fencing made the most sense. I liked the higher breaking load and the way that it stretched up and stayed tight.”
As for rotating pastures, Bendigo felt this helped lengthen the quality of each pasture’s grass. “Originally, the cattle could only get water through the stock dams on each pasture. However, we utilized the Tri County rural water system to pipe water to three accessible water tanks strategically placed in each pasture. Before, the cattle would pretty much graze in the areas close to the stock dams, but with the water tanks, we can get them to graze in the corners and areas they would not go to before.” Eventually, Bendigo wants to subdivide the four summer pastures into eight smaller pastures and have them cross-fenced with the Bekaert fencing.
By late fall, Bendigo will bring the herd to the 1,800-acre river bottom pasture. “This pasture has a lot of natural protection with the bottom ground and breaks, along with natural cedar and cottonwood trees. We will supplement their grazing with cow cake. If the weather cooperates and we don’t get too much snow, the cattle will stay here until March. Since we start calving in April, we will then bring them to the 200-acre home pasture where we can keep a close eye on them during calving season.”

Cammack Ranch
Supply’s role
Bendigo’s decision to change to Bekaert fencing actually started with the advice of Gale Bastian, General Manager and head of sales at Cammack Ranch Supply. According to Bendigo, Bastian told him of several ranchers in northwest South Dakota that turned to the Gaucho® Pro Cattleman® 14g wire fencing, because it provides both high quality and long life at an affordable price. Not only is it the strongest barbed wire on the market, Bekaert’s exclusive Bezinal® coating is more corrosion resistant than standard barbed wire.
According to Michael Waigand, Bekaert Corporation Western Key Accounts Manager, “Cammack Ranch Supply was one of our first customers to bring the Gaucho® Pro Cattlemen® into South Dakota. In my mind, it is the best choice for barbed wire on the market today. I use the product myself. We continue to see more interest for the stronger barbed wire every year and have a number of ranchers just like Beau that have chosen to go with the Gaucho® Pro Cattleman® 14g Barbed Wire.” Waigand adds that Bekaert engineers designed the Gaucho® Pro Cattleman® 14g Barbed Wire to have the highest breaking load in the industry, which definitely makes it a product that appeals to the everyday cattle producer.
To provide its strength, the wire used has a higher carbon content than traditional steel wire. The increased carbon content in their Cattleman wire is 40 percent stronger than low carbon barbed wire. Bekaert takes two strands of wire twisted together with barbs placed at predetermined distances. Reverse twist is the new standard used by Bekaert in its high tensile barbed wire products. The reverse twist design alternates the direction of the two wires at the barbs to reduce sagging and better hold the barbs in place. Holding the barbs in place adds memory to the barbed wire which results in less maintenance and repair over the lifetime of the fence.
Gaucho® Pro Cattleman® High Strength Barbed Wire is Bekaert’s most technically designed barbed wire to date. This product is offered in several coatings: Bezinal®+ UV Coating, Bezinal,® and Class 3 galvanized coating. Bekaert is the first company to offer limited guarantees on their coatings, which is an excellent benefit when considering which fencing products best suite your application. You can visit their website for more details on the guarantees.
The longest lasting coating available on the market today is Bezinal®+ UV Coating. Bekaert now offers a 40-year limited guarantee on this coating.
Bezinal,® exclusively manufactured by Bekaert, is a combination of zinc and aluminum which increases the resistance to corrosion greatly giving it an extended life. Bekaert offers a 30-year limited guarantee on this coating.
Gaucho® Pro Cattleman® barbed wire is also offered with Class 3 coating. It has about three times the amount of zinc coated onto the wire’s surface lasting three times the life of Class 1. Bekaert offers a 20-year limited guarantee on the Class 3.
For cattle producers interested in finding a dealer in their area, go to the Bekaert website (www.fencing.bekaert.com), click on “Contact” and enter your information. Bekaert will respond to your request.

One mile at a time
That’s the way Bendigo looks at the fencing on his 8,032 acres of grassland. “Eventually, I plan to have the entire perimeter fenced with the Gaucho® Pro Cattleman® 14g Barbed Wire. It’s that good.” However, at this point, it’s going to be one mile at a time. With the right materials and proper installation, Bendigo hopes that his high tensile fencing will last more than 50 years! That will also give him more time to spend working as a field and ring man for Cattle Business Weekly, a regional agricultural publication based out of Phillip, SD, that helps provide cattle producers and affiliates of the beef industry current news, up-to-date market reports and help market cattle auction and sales. Cattle Business Weekly serves a nine-state region.

Bekaert Fencing: As Strong As You Are

Bekaert Fencing: As Strong As You AreBy Steve...