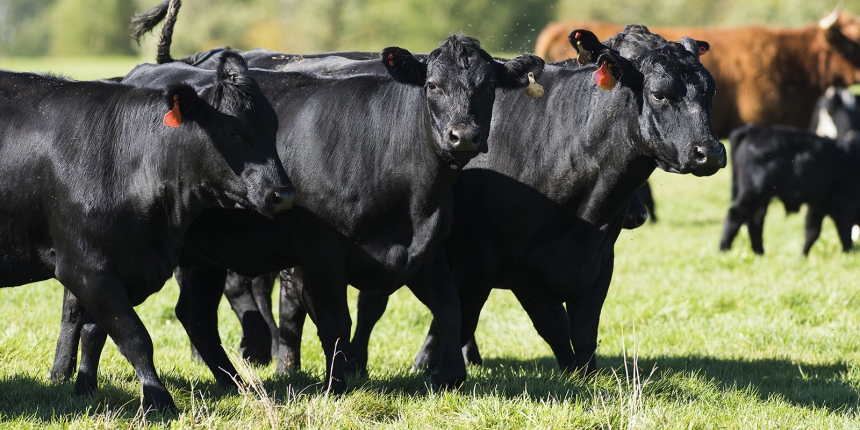 There are several old adages that apply to cattle markets such as, “What goes up must come down,” and “For every action there is an equal and opposite reaction.” Similarly, there are several sayings that apply to cattle producers as managers such as, “Just because it is common sense does not mean it is common practice,” or “Wisdom is to live in the present, plan for the future, and profit from the past.” The first two adages relate directly to the cattle market the past few years which saw cattle prices escalate to record levels and then decline at an alarming rate. Unfortunately, there is room for cattle prices to decline further, but the silver lining is that prices will have to go back up if there is any chance of them going down again.
Looking into 2017, the yearly average cattle price for all classes of cattle will likely be lower than in 2016. However, the year over year decline in the yearly average price will largely be due to cattle prices being relatively strong the first half of 2016. Calf, feeder cattle, slaughter cow, and finished cattle prices will all be softer in 2017 which puts severe pressure on the revenue side of the profit equation. Thus, producers may want to consider management practices and marketing avenues that can add value to the calf crop. This is where common sense does not always mean common practice and where the understanding of the past can reap profits in the present and future.
Two practices that add value to calves are castration of bull calves and implanting calves. Bull calves weighing 500 pounds are commonly discounted $10 to $12 per hundredweight compared to same weight steer calves which is $50 to $60 per head. An implant will add 15 to 20 additional pounds to a calf at weaning which in today’s market is worth $20 to $25 per head at a cost of less than $2 per head. These two practices are the low hanging fruit to improve the revenue stream. Producers may also want to consider other management practices that reduce risk to the buyer of their animals such as providing a double vaccination program or preconditioning calves for a minimum of 45 days.
On the marketing side, producers may want to consider methods of reducing shrink during the marketing process and evaluate retained ownership, marketing alliances, or special feeder cattle sales. However, these are all old hat for many producers in the region which means other changes may need to be made to manage profitability.
There are limited methods of increasing revenue in the cattle business if a producer is performing the aforementioned practices and has a strong genetic base in the cow herd. If revenue cannot be greatly impacted then management decisions impacting costs is where profitability gains have to be achieved.
What does it cost to carry a cow through the year? Annually, the Department of Agricultural and Resource Economics at the University of Tennessee publishes cow-calf and stocker cattle budgets which can be found at the following website http://economics.ag.utk.edu/budgets.html. The base budget has variable costs at $640 per year while fixed costs are $340 per year. Of the $640 variable cost, pasture and hay account for nearly 69 percent of the cost while labor accounts for 12.5 percent.
The highest cost categories are generally the easiest to start trimming. Producers with a defined calving season experience lower feed cost and reduced labor compared to producers with a year round calving season, but what can these producers do to reduce costs. Much of one’s labor is tied to harvesting hay and feeding hay not to count the fixed costs associated with owning hay equipment. Management decisions increasing grazing days and reducing use of mechanically harvested feedstuffs will tremendously reduce costs. The last resort option to reduce costs is to sell everything and lease the land to the rest of us cow admirers!

Final Word: Cattle prices are going to be lower in 2017, and costs in 2017 should remain relatively unchanged compared to 2016 if all management practices are unchanged. This means it will be difficult to turn a profit by marketing calves at weaning if no changes are made to reduce costs or increase revenues. It was once said, “Money cannot buy happiness.” I am guessing that person did not have a friend with money!