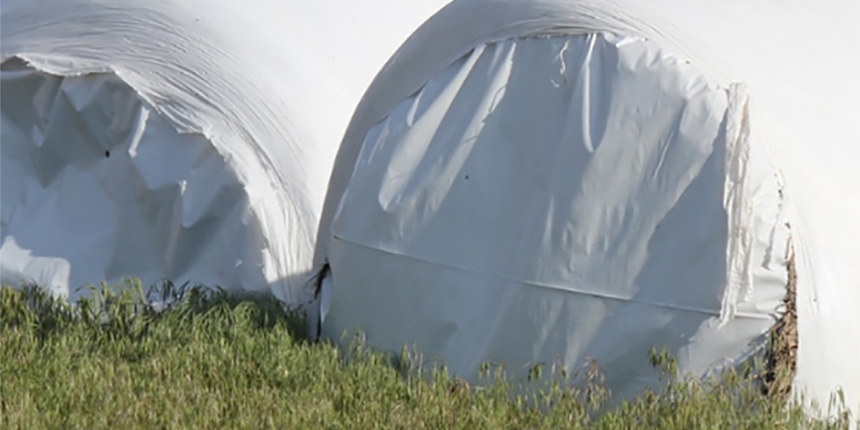 The ensiling or fermentation process of preserving forages takes place in both haylage and baleage, hence the names. Baleage can be confused with traditional dry hay because it is still a square or round bale, but it is simply hay that is too moist to store safely as dry hay so it is wrapped or otherwise sealed in plastic. Baleage can be fermented as individual bales or in a tube/inline.

Both baleage and haylage begin with mowing the forage and combining into a windrow typically. The next step is where the differences begin to be more apparent. Haylage is forage chopped using a silage chopper and packed in a bunk, silo, or bag. Some producers may chop right after the mower or allow for some minimal drying prior to chopping reaching a moisture content of 60-70 percent. This is sometimes referred to as the wilt stage and also may be referred to as silage. This is common moisture for producing haylage although haylage is more commonly chopped at a lower moisture content of 40-60 percent, which also may be called low-moisture haylage. Producing chopped silage is a tried and true method that continues to produce high quality forage with which most producers are knowledgeable or at least familiar. Neighbors or silage crews can usually be found easily and are able to perform all the tasks associated with making silage or haylage. Haylage may not be an option for producers who do not have the equipment needed to feed silage. In this case, baleage may be a better option, with minor equipment changes needed to feed and with more management flexibility than haylage.

Baleage is partially dried forage, preferably 45-55 percent moisture, which is baled and wrapped with at least 6 layers of 1 mil plastic. Monitoring the moisture content is critical in reducing the risk of spoilage once baled. The process of fermentation in baleage is slower and less complete compared to haylage or silage due to a more loosely packed forage (more oxygen), a larger particle size (less available sugars), and lower moisture, typically. The slower fermentation results in a pH higher than that of haylage. A pH of around 5.0 is present in the bales, which results in more challenging preservation during the fermentation process.

Baleage can create high quality forage if done properly. Some advantages over dry hay include less loss during storage, fewer weather delays at harvest, and faster turnaround from when the forage is down in both regrowth and time on the ground. The equipment changes are not significant but need to be considered. Wrapping equipment is cheaper than a silage chopper, but handling the bales requires different equipment than the classic bale spear or grapple. Disadvantages include getting forage baled at the best moisture content, wrapping within the first 12-24 hours to minimize damage and quality loss, plastic maintenance if holes occur by the environment or animals, plastic disposal, and reduced ability to transport without proper equipment.

Baleage and haylage produce high quality feed when harvested and stored correctly. High quality baleage may be utilized as a cheaper protein supplement alternative on winter range. Each have advantages and disadvantages. While distinct processes result in two different products, the terms haylage, baleage, wet hay, chop, wilt silage, or another are often used interchangeably in conversation. Being clear on the method being discussed is important when attempting to produce high quality forage for livestock.

Is Wet Wrapping Worth It?

Is Wet Wrapping Worth It?  By Jaclyn... 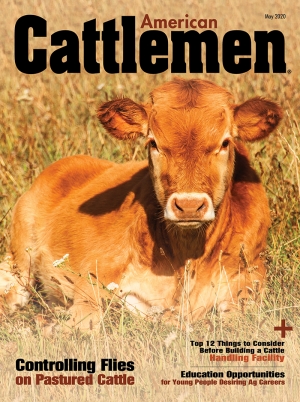 Top 12 Things to Consider Before Building a Cattle Handling Facility

Top 12 Things to Consider Before Building a...

Fence Repair or Replacement – A...

Sometimes - You Just have to say “You’re Right”

Sometimes - You Just have to say “You...
view all articles

This issue brings you: Cattlemen ShowringThoughts From A CattlemenConsiderations in Customizing your Calf Vaccination ProtocolStepping up to the New Age of Cattle Handling & EquipmentCattle ID Methods; From Branding...
view all issues